Nunes' Reliably Red District Remains So, But Is Slipping 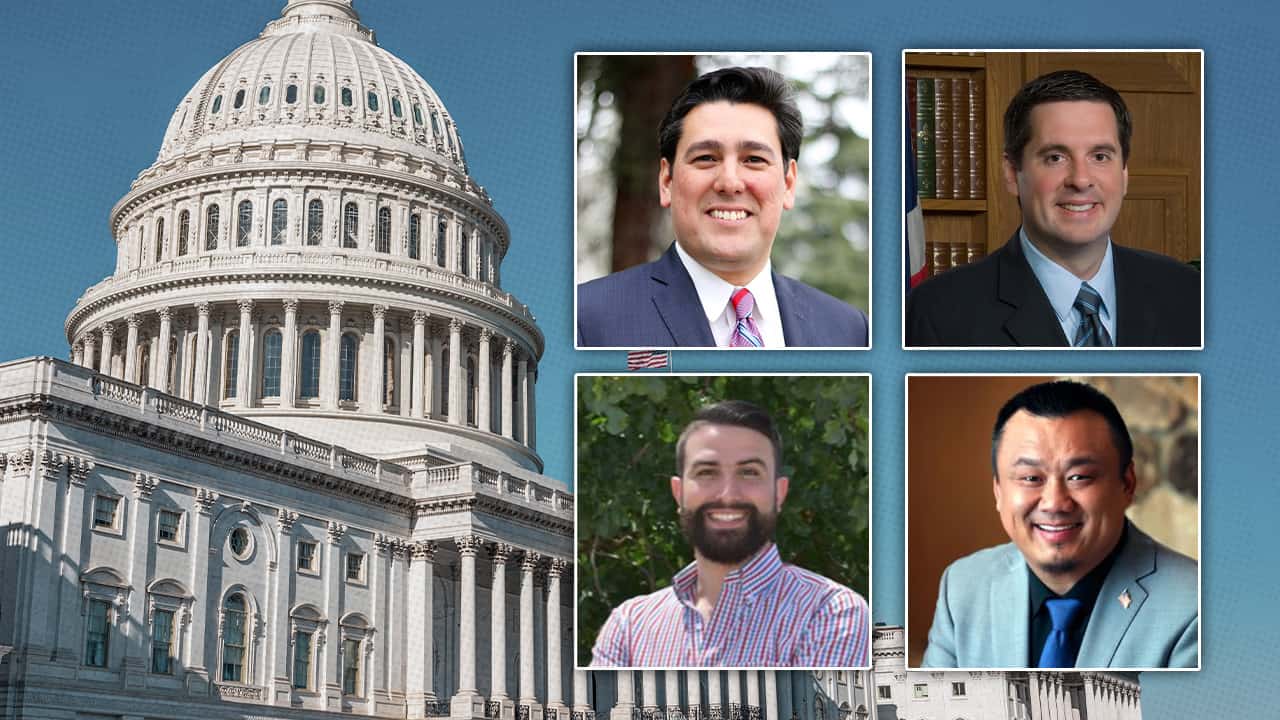 Republican Devin Nunes has represented the Central Valley in Congress for the last 17 years, over nine terms. And, he’s running for his 10th term in 2020.
Recently released voter registration figures from the Secretary of State shows that the district remains red — but less so than in the past.

Listen to this article:
More voters are registering as Democrats in the reliably Republican district. Despite the surge, the overall demographics of CA-22 are similar to 2018, when Nunes prevailed in his closest race since beating fellow Republican Jim Patterson in the 2002 primary.

Registration figures released last month by the Secretary of State, show Republicans hold a 39%-32% advantage over Democrats, with no party preference voters at 23%. That is less than a 1% change from 2018, with the GOP losing 1%, while Democrats gained 0.45%.
In fact, overall Democratic registration is about the same as it was in 2016 at 32%. But, the party is trending upward in the two counties that represent the district. 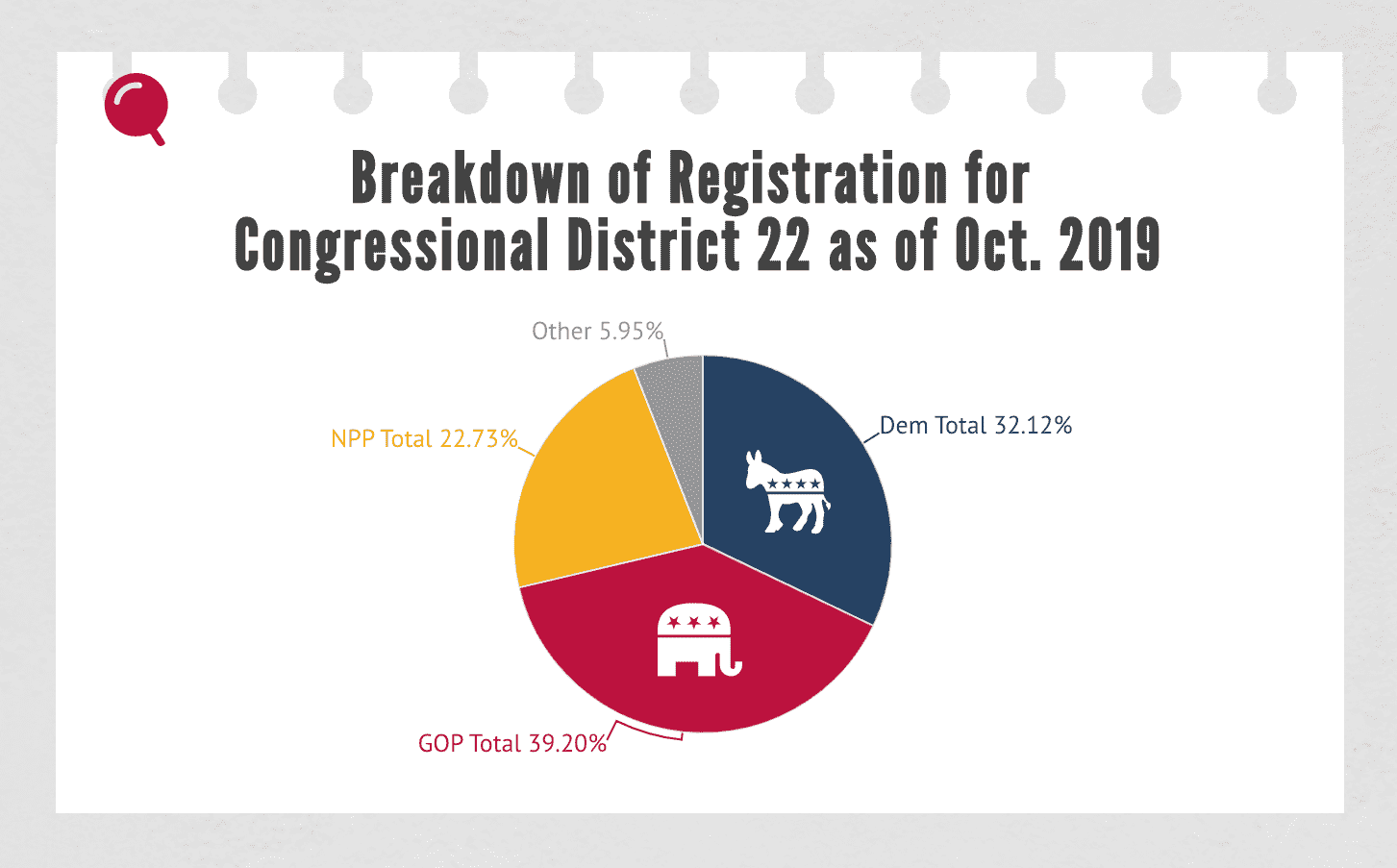 In Fresno County, which makes up 64% of the district, Democratic registration increased 5.7% from 2016 to 2019. In the same period, Republicans decreased by 1.7% (but rebounded by less than 1% from 2018 to 2019). No party preference has seen a dramatic increase, surging 22% over three years.
In Tulare County, which makes up 36% of the district, Democrats saw stronger three-year gains at 10%, compared to 3% for the GOP. Similar to Fresno County, more people are registering without a party, up 28% in three years. 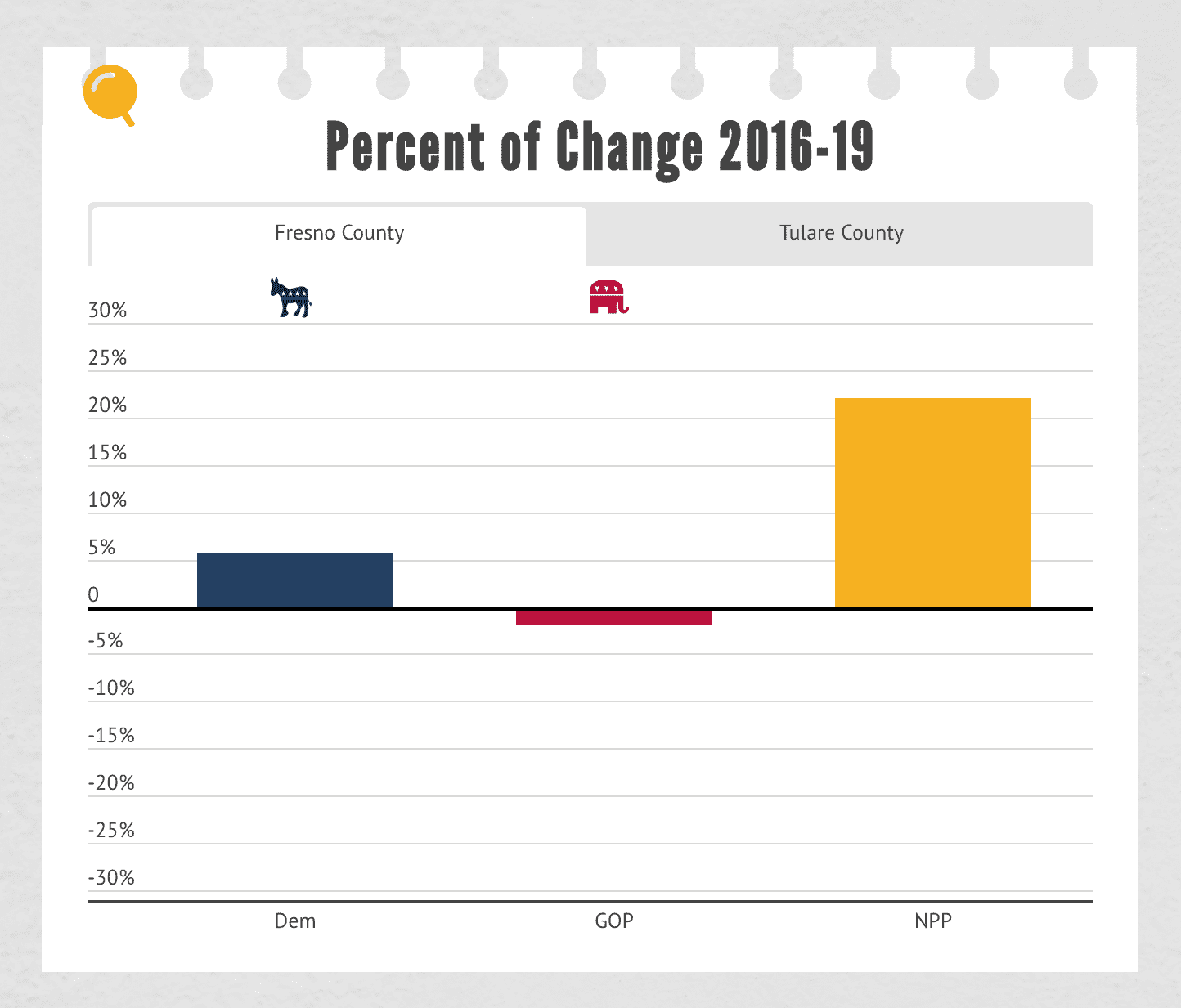 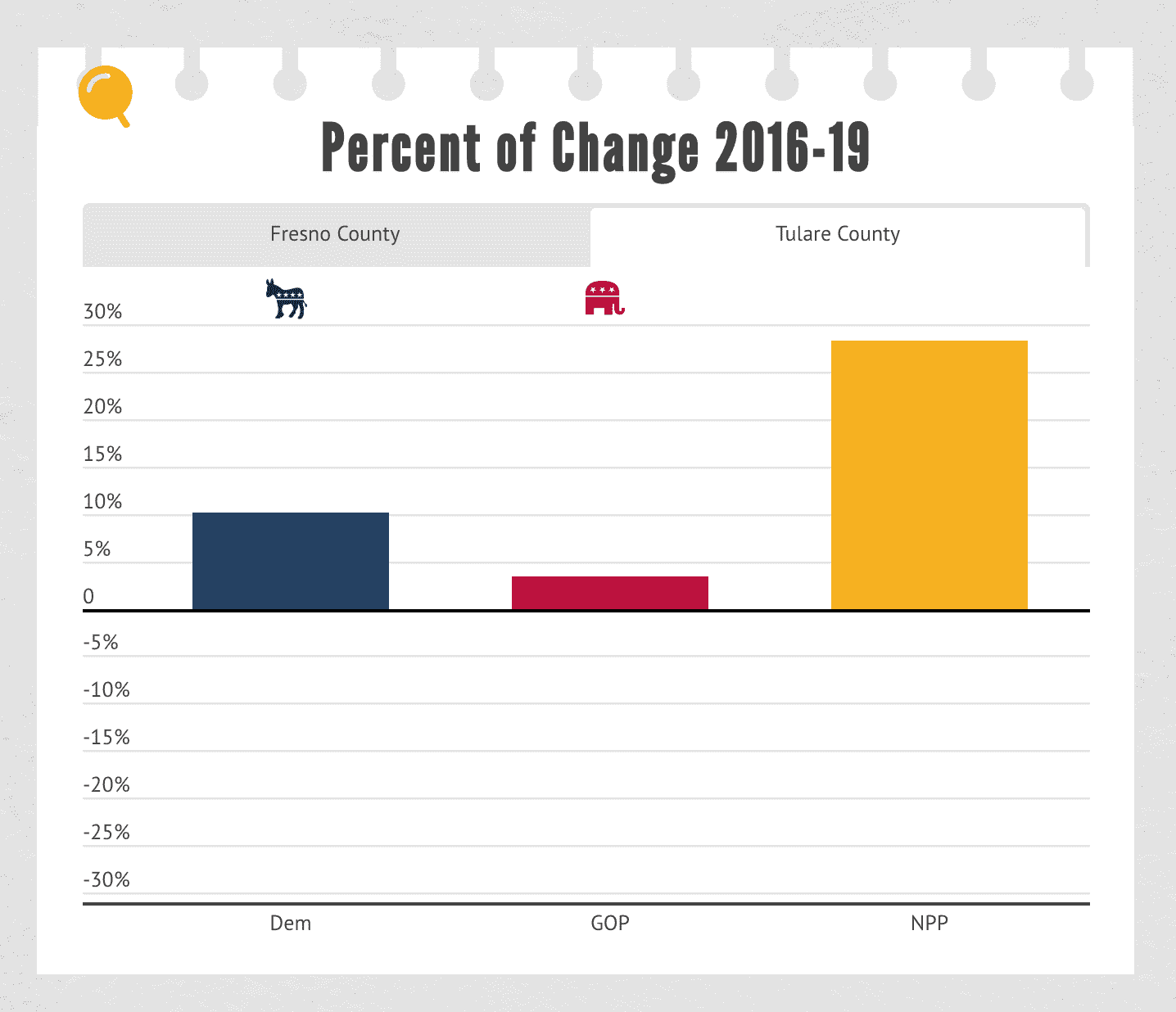 Nunes, who never had much viable competition for reelection until 2018, defeated Fresno County prosecutor Andrew Janz by 5.4%. In the past, Nunes trounced opponents by double-digits.
Three Democrats have been actively campaigning for the 2020 election: health care administrator Bobby Bliatout, financial planner Phil Arballo, and businessman Dary Rezvani. The state Democratic party endorsed Bliatout at its convention last month. 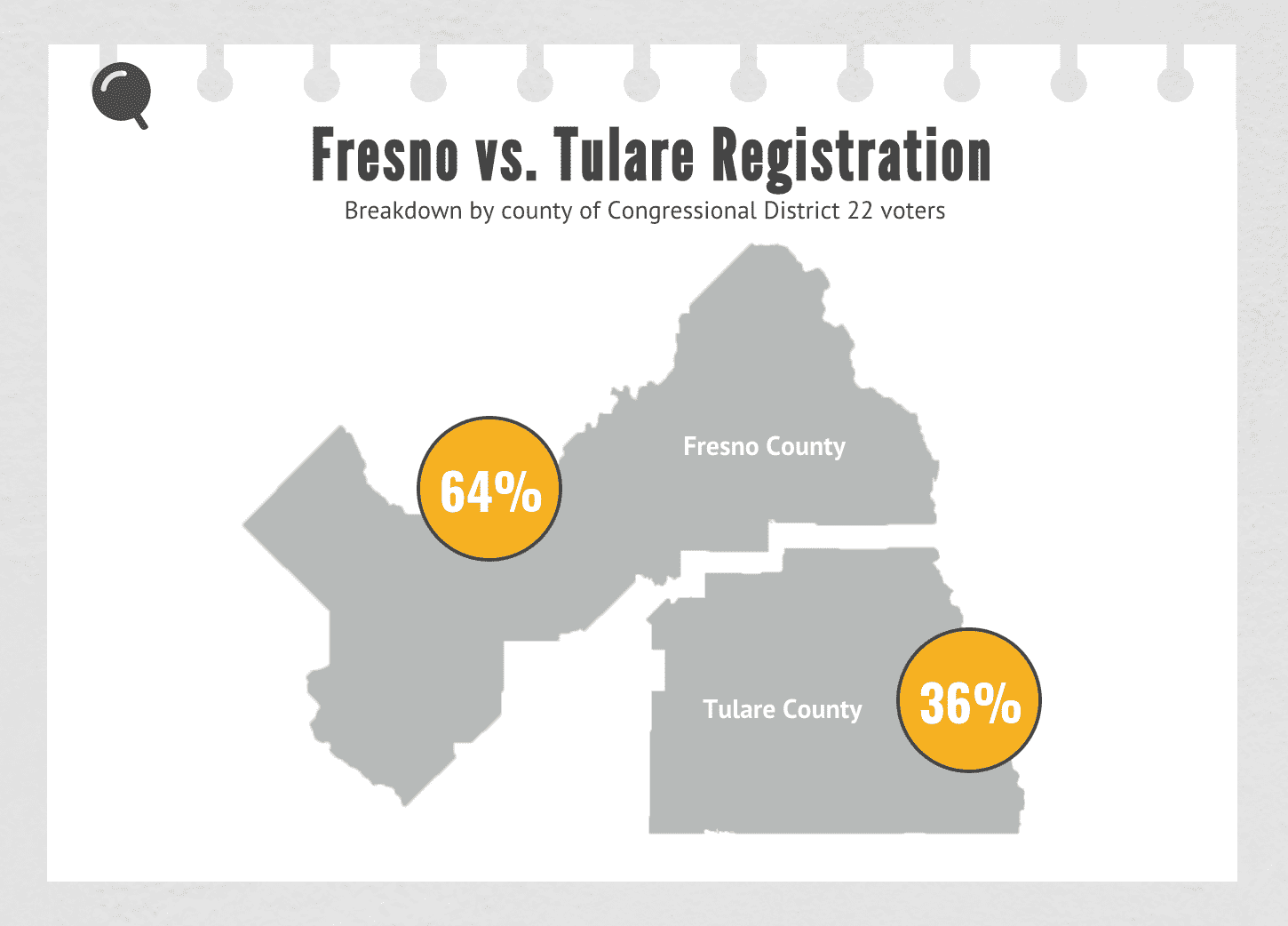 The plus-7 percentage point GOP advantage isn’t daunting, says Bliatout’s campaign manager, Tom Dallas. He likens it to the 2018 election when California Democrats Katie Porter and Harley Rouda won congressional seats despite a registration disadvantage.
“You concentrate on the growing surge of independent voters and finding the right candidate who appeals to that wide range of people. Devin Nunes has not been an efficient or competent congressman. He has been more focused on his career,” Dallas said.
Bliatout has the official endorsement of the state Democratic Party.
Meanwhile, Arballo says he isn’t focused on the registration numbers.
“It’s encouraging to see how the registration is changing, but our campaign isn’t concerned with party affiliation, we are focused on talking to everyone in the district about what makes me not only a unique candidate but the best candidate to represent our shared values in Congress,” Arballo said. “That is something that Democrats, Republicans, and no party preference voters can get behind.”

Fresno State political science professor Thomas Holyoke sees the changing CA-22 numbers as part of what is happening elsewhere in the state, especially in Orange County.
“It is a trend that cannot be good news for Congressman Nunes.  He certainly still has the advantage, but it means that his base has shrunk and he is going to have to work harder to make sure Republicans turn out to vote for him on election day,” Holyoke said.
Holyoke is unsure if the registration change is due to more Democrats moving to the district, Republicans moving out, or party switching.
The professor also sees the election as a referendum on how voters feel about Trump.
“If Republicans become disillusioned with the president, or even just tired of him, they are less likely to vote, and that would put Nunes’ seat in peril,” Holyoke said. “In sum, two things really matter — how fired up each side is, and how well-organized the two parties are for voter turnout in (the district).”
Graphics created by Alexis DeSha.

Saudi Gunman Tweeted Against US Before Naval Base Shooting