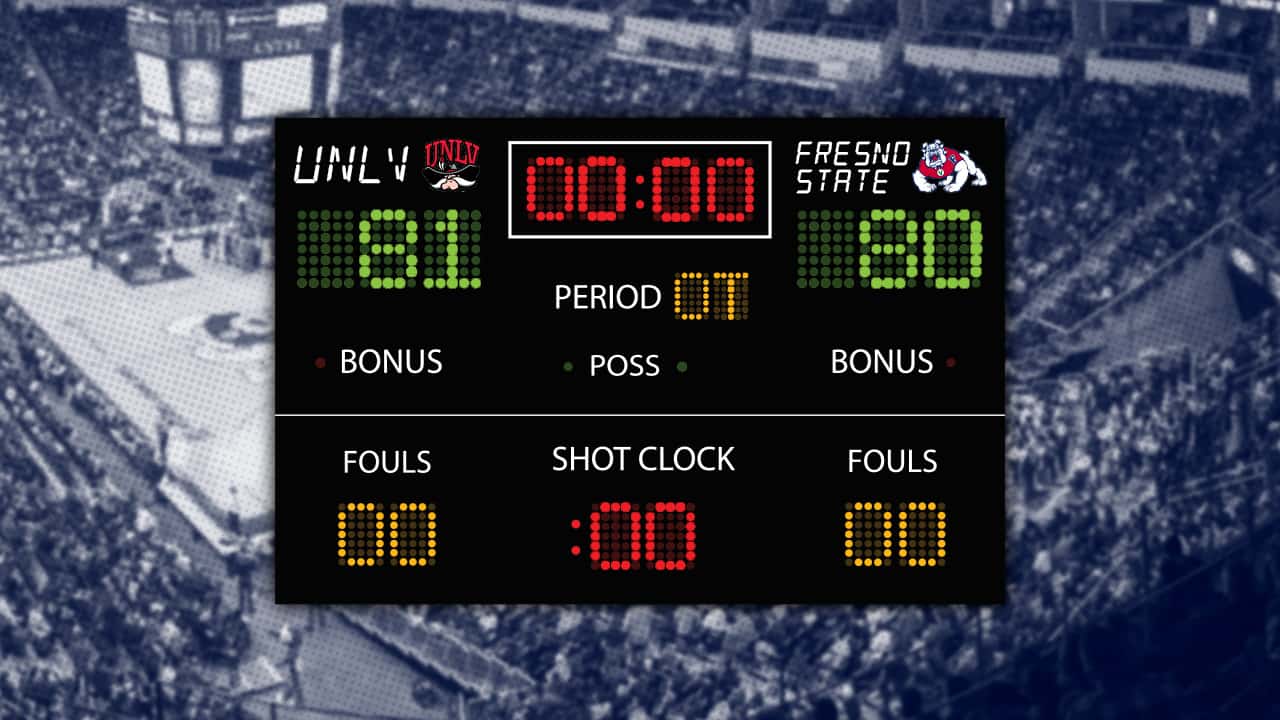 Leading by five points with one minute to go in regulation, the Fresno State men’s basketball team lost 81-80 in double overtime to UNLV at the Save Mart Center on Wednesday night.


UNLV forced the first overtime in the Mountain West opener for both schools when Bryce Hamilton stole the ball with 29 seconds remaining. He then banked in a short jumper to tie the game at 65.

In the first overtime, Donnie Tillman made 1 of 2 free throws with 10 seconds left to knot it at 72. The Runnin’ Rebels then stole the ball so the Bulldogs couldn’t get up a last shot.
Hamilton hit a 3-pointer and a layup to give UNLV a 77-72 lead with 1:41 left in the game. He and Tillman each made two free throws to seal the victory.

It was a sweet win for UNLV, which played without its two starting guards and entered with three overtime losses this season. The victory also ended UNLV’s seven-game losing streak to the Bulldogs.
“I’m really proud of our guys,” UNLV coach T.J. Otzelberger said. “So many guys stepped up. We know how hard it is to win on the road. … We knew they were a physical, gritty, tough team.”
The loss dropped Fresno State to 2-5 overall, while UNLV improved to 4-6.
Tillman scored a career-high 28 points, and Hamilton had his first career double-double with 21 points and 14 rebounds.

Noah Blackwell had 18 points and Mustafa Lawrence scored 16 — both season highs — for the Bulldogs. Nate Grimes had his fourth double-double of the season with 12 points and 12 rebounds.
UNLV extended its NCAA record to 1,080 consecutive games with at least one made 3-pointer.
The Runnin’ Rebels outscored the Bulldogs 30-16 in the paint and 21-13 in second-chance points, with UNLV grabbing 18 offensive rebounds. Both teams were held to under 40% shooting from the field and under 35% from beyond the 3-point line.

Next up for Bulldogs: Utah State

Fresno State will visit the 25th-ranked Utah State on Saturday.
Former walk-on Justin Bean powered the Aggies to a 71-59 victory at San Jose State on Wednesday with 18 points and 14 rebounds. Utah State is nationally ranked despite being without star center Neemias Queta, who has a knee injury.