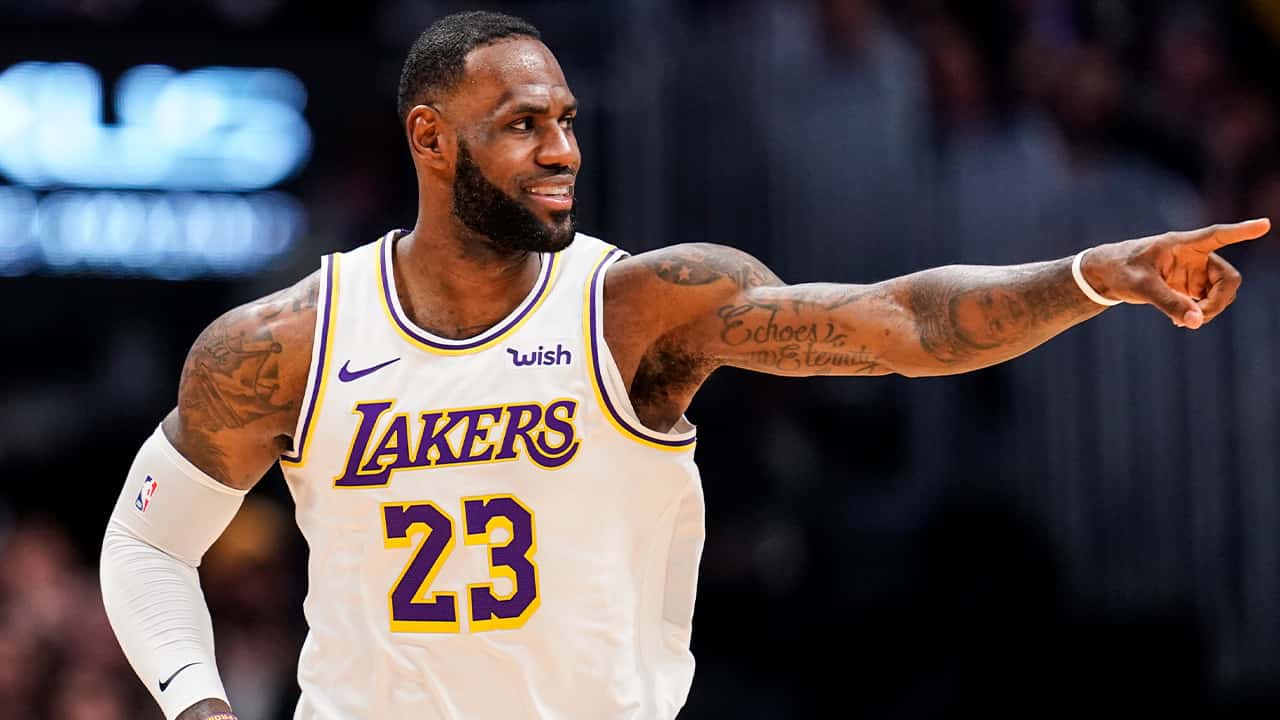 DENVER — LeBron James has been compared to Michael Jordan for his entire career, though on Tuesday night it was Anthony Davis who emulated the Hall of Famer.
Davis, ailing from flu-like symptoms, took an IV at halftime and then scored 13 of his 25 points in the third quarter to lead the Los Angeles Lakers to a 105-96 victory over the Denver Nuggets.
James also had 25 points, nine assists and a crucial dunk off a miss late in the fourth quarter to clinch a matchup of the top two teams in the Western Conference.

Jamal Murray scored 22 points and Paul Millsap had 21 points and eight rebounds. Jokic added eight assists but wasn’t the only one struggling on offense. Denver shot 40.7% and failed to reach 100 points for the second straight game.

Lakers: Vogel was chosen as Western Conference coach of the month for games played in October and November. The Lakers 17-2 record tied for the best 19-game start in franchise history. … The Lakers had two goaltending calls in the first quarter.
Nuggets: Jokic had more turnovers (five) than made baskets (four). … Denver Broncos linebacker and Super Bowl 50 MVP Von Miller as well as former Broncos and Indianapolis quarterback Peyton Manning were in attendance.

Nuggets coach Michael Malone was an assistant in Cleveland during James’ first stint with the Cavaliers and praised the star’s sustained excellence.
“What he’s doing at his age, I mean, who is surprised?” Malone said before the game. “…LeBron is incredible and that’s why he’ll go down as one of he best players to ever play the game.”
Vogel was also complimentary of Jokic.
“There’s no one like the Joker I think that’s every played the game,” he said.

Davis wasn’t the only Lakers player dealing with a bug ahead of the matchup of the top teams in the conference.
“We have several guys with flu-like symptoms and we had them drink a lot of fluid,” Vogel said.

The Who Plans 1st Cincinnati Area Concert Since ’79 Tragedy