Column: Antonio Brown Is All in. At Least for Now 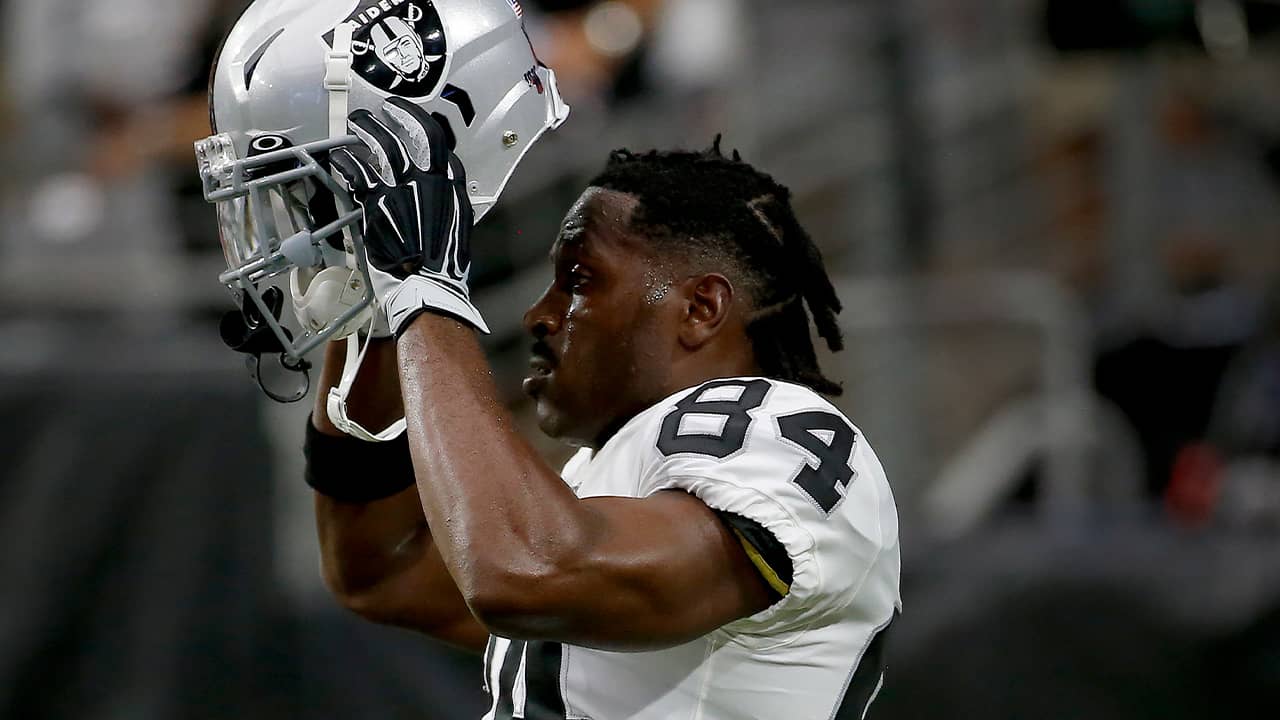 Antonio Brown is right about one thing: Helmets are important.
The way Brown has been toying with his new team makes you wonder if he has ever worn one. 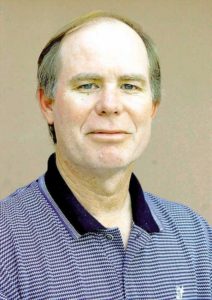 The latest from Raider Nation on Tuesday was that the enigmatic wide receiver was on the practice field — and had with him a helmet officially certified by the NFL. That was certainly progress, even if it doesn’t mean Brown will be on the field Thursday night when the Raiders travel to Winnipeg to meet the Packers in the last meaningful exhibition game of the preseason.
But if any further proof was needed of Brown’s intent to play this season — and collect the $30 million guaranteed under his new contract — he had a smile on his face and a helmet in his hand as he left the closed practice.
And, two days after general manager Mike Mayock issued an ultimatum for his star receiver to decide if he’s all in on the season, the official word was Brown was, um, all in.
“I’m confident that he’s going to be a heck of player for us and be ready to roll,” coach Jon Gruden proclaimed.
Just what that means for Brown and the Raiders isn’t quite clear. The helmet issue isn’t totally settled, and neither is the team’s relationship with a star being counted on to help lift the Raiders out of the doldrums just in time for the team’s move to Las Vegas next season.

The NFL Preseason Is for Rookies, Not Game-Changing Superstars

But for now all is good from head to toe. Brown’s frostbitten feet, Gruden said, are healing, and he’s got a certified helmet to use even while filing a second grievance with the NFL to be allowed to wear his old one for one more season.

Brown Is a Singular Talent

For that to happen, Brown has to be the player the Raiders hoped he would be when they got him on the cheap from the Steelers, who wanted no more of him after he left the team before the final game last year after reportedly arguing with quarterback Ben Roethlisberger.
For that to happen, Carr needs to regain his confidence on the field and find some common ground with his new receiver. And that can’t happen with Brown checking into practice only when he feels the inspiration.


“I’m confident that he’s going to be a heck of player for us and be ready to roll.” — coach Jon Gruden
Brown is a singular talent, whose 686 catches and 9,145 yards the past six seasons in Pittsburgh are the best marks ever for a receiver in a six-year span. He’s a game changer for a team that desperately needs one if it is going to get past the six wins oddsmakers in the team’s future home of Las Vegas are predicting this season.
But if his opening weeks with the team are any indication, it’s going to take all of Gruden’s considerable talents of persuasion to keep Brown on the field. Already, Brown has shown with his twin dramas of frostbitten feet and bad helmet that he’s going to have to be coddled to be happy — and he’s yet to play a snap for his new team.


Related Story: Raiders GM to Brown: Time to Be ‘All in or All Out’

Yes, the feet are getting better and Brown may be able to adjust to a new helmet. But the season has yet to begin, and there are plenty of potential minefields ahead.
With all the drama still to come, it might be a good idea for the “Hard Knocks” cameras to stick around.
Because while the Raiders don’t figure to be much to watch, Brown will surely be must-see TV.
About the Author
Tim Dahlberg is a sports columnist for the Associated Press.
Related Topics:Antonio BrownDallas CowboysHard KnockshelmetsLas VegasNFLRaider Nationraiders
Up Next

Raiders GM to Brown: Time to Be ‘All in or All Out’