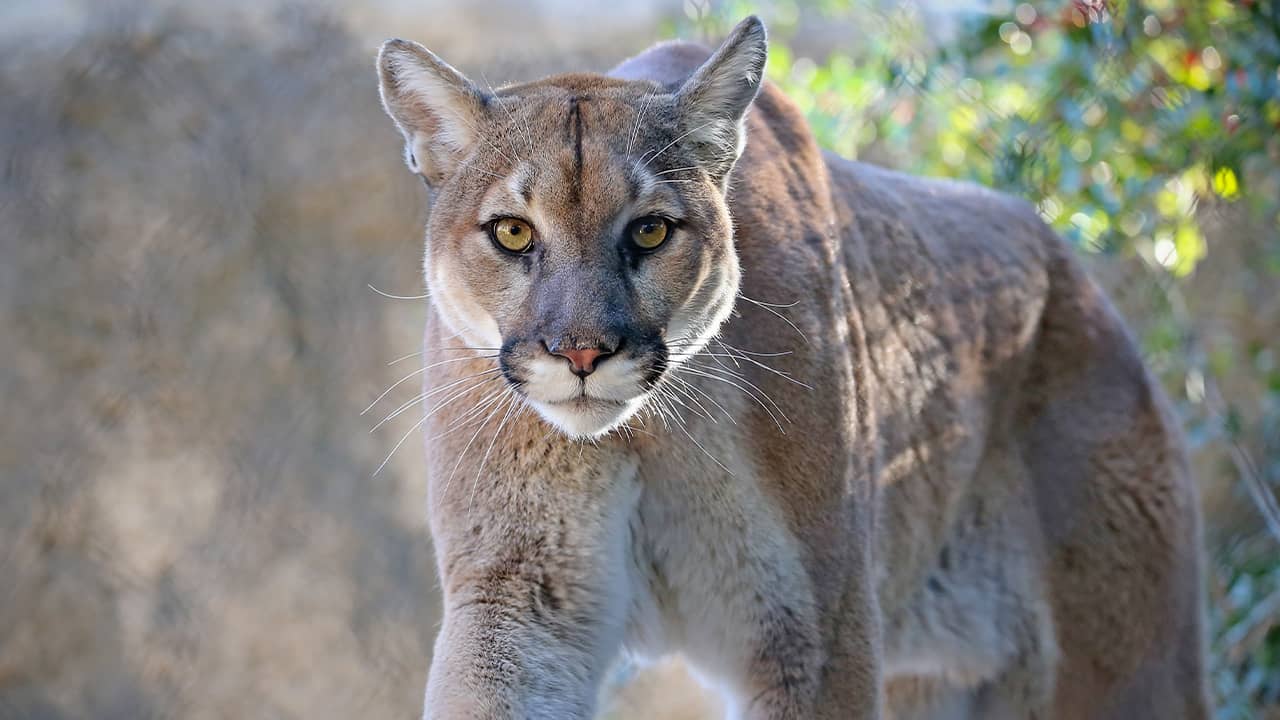 LOS ANGELES — Officials say for the first time during a 17-year study of mountain lion populations, one of the big cats has been documented crossing Interstate 405 in Los Angeles.
The National Park Service said Thursday that P-61 navigated the massive freeway between 2 a.m. and 4 a.m. on July 19 in Sepulveda Pass.
The NPS called it a rare feat.


Fenced in by highways and urban development, few of the lions have been able to leave the area, leading to inbreeding and low genetic diversity in the small, isolated group.
In the same area where P-61 crossed, a mountain lion dubbed P-18 was hit and killed by a vehicle in 2011. A lion not tracked by scientists was killed along the stretch in 2009.
The most famous big cat to cross the 405 is P-22, a lion that lives in Griffith Park. P-22 was not collared at the time, so little is known about his journey.
But DNA testing showed P-22 was born in the Santa Monica Mountains, so he would have crossed the 405 and 101 freeways to get to the park, the Ventura County Star reported.

National Park Service researchers have studied the mountain lions that live around Ventura and Los Angeles counties since 2002, monitoring their behavior and genetics to find out more about the population and how it survives.

Fenced in by highways and urban development, few have been able to leave the area, leading to inbreeding and low genetic diversity in the small, isolated group.

P-61 was captured and outfitted with a collar in October 2017. He’s roughly 4 years old.

It’s too soon to say whether the lion will stay put or try to cross back over the 405. Experts with the National Park Service said they believe an uncollared male mountain lion already lives in the same area between the 405 and 101 freeways.