You Got This! The Tale of Amy and US Open Champ Woodland 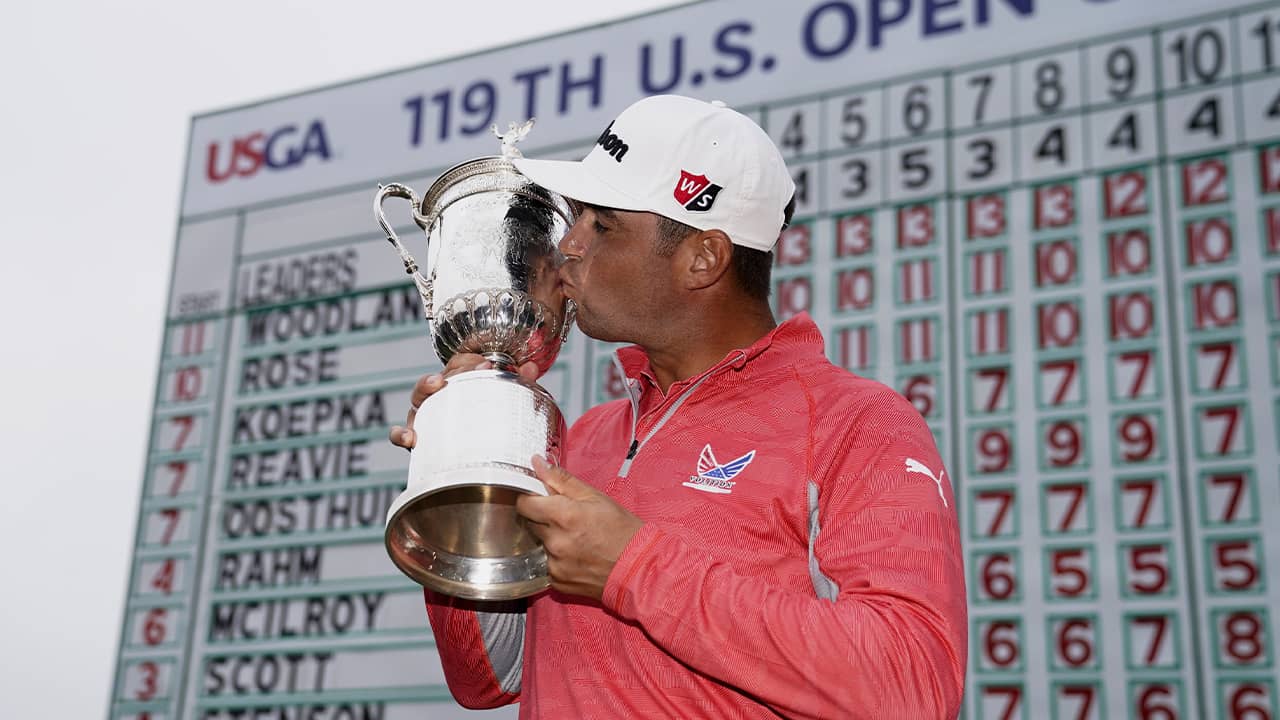 PEBBLE BEACH — From her perch in front of a TV in Florida, Amy Bockerstette had no doubt.
How could she, after she and Gary Woodland had come this far together.
“You got this Gary,” she kept repeating as Woodland made his way around Pebble Beach on his way to the U.S. Open title Sunday. “You got this.”
On the course, Woodland was telling himself the same thing.
“I said that a lot today, too,” he said.
On this day, Woodland finally did have it, capping off his final round with a 30-foot birdie putt on the 18th hole for his first major title. He held off two-time defending champion Brooks Koepka to win the Open on the coast of California.
And down in Florida, the junior college player with the Twitter handle @AmyGolfsNDances did a little dance to celebrate.

More Than 20 Million Have Watched

“She lived and died every shot during the round,” said her father, Joe Bockerstette. “I can’t express how excited Amy was. She kept asking me all day when Gary was going to tee off.”


“She lived and died every shot during the round. I can’t express how excited Amy was. She kept asking me all day when Gary was going to tee off.” — Joe Bockerstette, Amy’s father
They’re linked together, the professional golfer with steely nerves and the 20-year-old with Down syndrome. Google the two online, and what comes up is the video of a special day in January when Amy won something in her own way that was just as big as a U.S. Open trophy.
More than 20 million have watched, and more than 20 million had to have cried. Amy had her own moment of glory and as we got to know her, we found out a lot about Woodland, too.
He’s there on the 16th tee at TPC Scottsdale, giving Amy a hug and handing her an iron to hit in a practice round for the Waste Management Phoenix Open.
He’s there high-fiving Amy after she hits it into a bunker and clapping as she gets it out on the green.
And he’s there with a little advice at the end.
“What do you think? Going a little left?” asked Woodland. “Why don’t you go ahead and make that?”
“OK,” Amy replied. “I got this.”
Of course, she did. She hadn’t come this far to fail.

Woodland Was Terrific Under Pressure

Amy sunk the putt for par like a seasoned pro, then she and Woodland celebrated with hugs all around. In the stands around the green, fans stood to cheer the red-headed girl in a purple shirt and white skirt.
“They love me!” she said. “Awesome!”
“You couldn’t have written that script in January,” her father said. “It changed our lives.”
It did, and in more ways than they could have ever imagined.
The first Special Olympics athlete to get a college scholarship — Amy plays with her dad on the bag at Paradise Valley Community College in Phoenix — Amy already had a life full of golf, dance and piano playing.
Now, because of the viral video, she’s on what Joe Bockerstette calls the “Amy Tour,” where different groups around the country have honored her. In a few weeks she will give the keynote speech to the National Down Syndrome Congress, with 3,000 people expected to be on hand to watch.
All because a PGA Tour pro not only took time to care but embraced the moment.
“Gary is such a great human being,” Bockerstette said. “We only met him once, but we’ve been in contact and he’s done several things for Amy. He’s just terrific.”
Woodland was terrific Sunday under the kind of pressure a U.S. Open final round always brings. That pressure was even more intense because he had to face down two-time defending champion Brooks Koepka on the back nine to win the first major championship of his career.
But he kept remembering what Amy said. If she got this, he could, too.

“I was more nervous for her putt than my putt,” he said.
Afterward, he leaned his arms over the Open trophy and with a phone in his hand did FaceTime with Amy.

Your Dog Isn't a ‘Furry Little Human.’ A Bioethicist Explains.