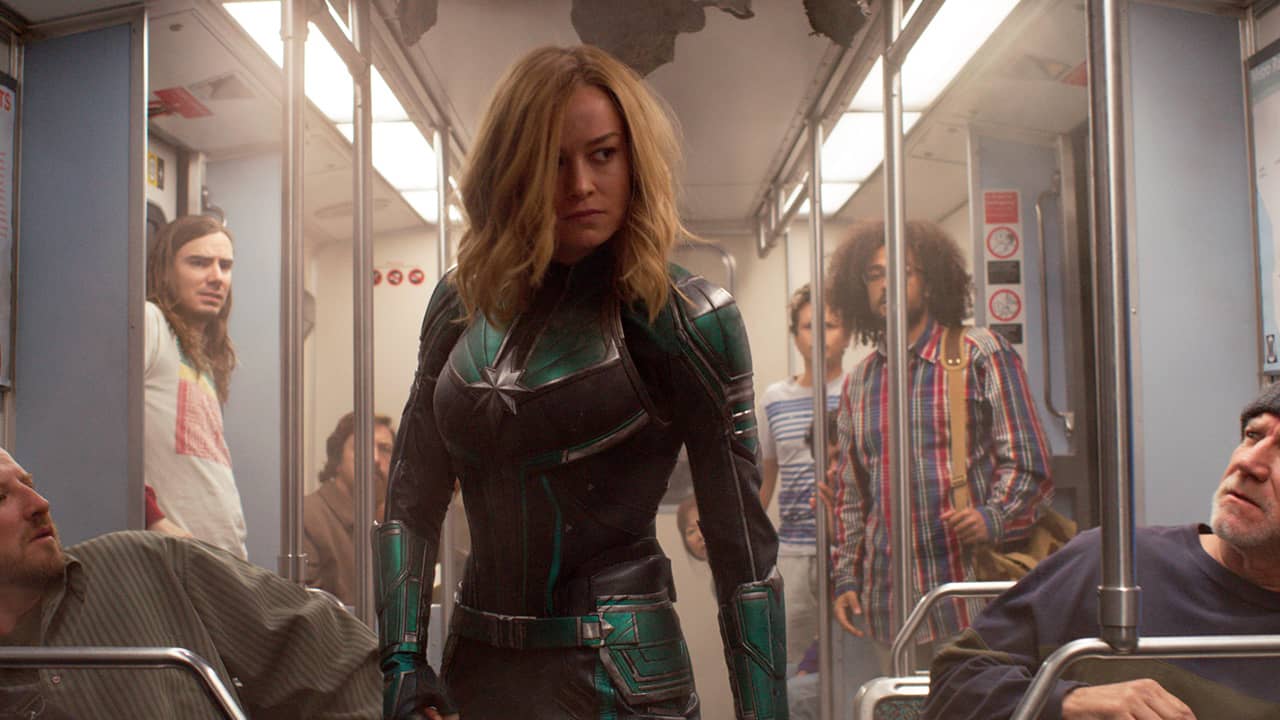 NEW YORK — “Captain Marvel,” Marvel Studios’ first female-fronted superhero movie, launched with $153 million domestically and $455 million globally, according to studio estimates Sunday, making it one of the biggest blockbusters ever led by a woman.

Brie Larson’s Carol Danvers, a character who first debuted in Marvel Comics in 1968, had never before made it into the movies and was previously lesser known than many Marvel heroes. But “Captain Marvel,” which came in at the high end of the Walt Disney Co.’s expectations, ranks as one of Marvel’s most successful character debuts.

“Captain Marvel” rocketed up other record books, too. It sets a new worldwide mark for a film directed or co-directed by a woman. “Captain Marvel” was helmed by the filmmaking team of Anna Boden and Ryan Fleck, who previously made the indies “Half Nelson” and “Mississippi Grind.”

It’s the sixth largest worldwide debut ever. The only movie with a female lead that’s opened better globally was “Star Wars: The Force Awakens,” which grossed $529 million when it debuted in 2015.

Easily the Best Opening of Any Movie Thus Far in 2019

Like the “Force Awakens” sequel “The Last Jedi,” ”Captain Marvel” had to tangle with trolls who sought to lessen the film’s impact. Some fans claimed Larson’s hero didn’t smile enough, a charge she responded to with doctored pictures of previous male Marvel superheroes with awkwardly full grins. Others took issue with Larson’s statements about making her press interviews for the film more inclusive and not “overwhelmingly white male.”

The anti-“Captain Marvel” campaign included the flooding of Rotten Tomatoes audience scores, which artificially drove down the film’s score to 55 percent fresh from more than 44,000 votes as of Sunday. To combat the down-voting issue in advance of “Captain Marvel,” Rotten Tomatoes (which doesn’t require users to verify that they’ve seen a movie that they’re scoring) removed the ability to rate movies prior to release.

“The box office year of 2019 officially started this weekend. We’re going to have one of the biggest box-office years ever but looking at the first two months, you wouldn’t know it.” — Paul Dergarabedian, senior media analyst for Comscore

Taff declined to address “Captain Marvel” foes but applauded Marvel and Kevin Feige for propelling a movie that expanded the Marvel universe.

CinemaScore, which relies on interviews with audience members coming out of theaters, found crowds very much liked “Captain Marvel,” giving it an A rating. Reviews were less enthusiastic but still good, landing 79 percent fresh on Rotten Tomatoes.

It was easily the best opening of any movie thus far in 2019. The box office had been frigidly cold coming into the weekend with ticket sales down 26 percent, according to Comscore. “Captain Marvel” single-handedly chopped almost 5 percent off that figure with a weekend that overall was up 47 percent from the same last year.

“The box office year of 2019 officially started this weekend,” said Paul Dergarabedian, senior media analyst for Comscore. “We’re going to have one of the biggest box-office years ever but looking at the first two months, you wouldn’t know it.”

For Disney, It’s a Strong Start for a Year Littered With Tentpole Releases

Audiences in the U.S. and Canada for “Captain Marvel” were 55 percent male and 45 percent female. International grosses were especially strong, led by $89.3 million in China, where “Captain Marvel” trailed only “Captain America: Civil War” and “Avengers: Infinity War” among Marvel releases.

For Disney, it’s a strong start for a year littered with tentpole releases, some of which are sure to surpass “Captain Marvel,” including: “Avengers: Endgame,” ”Toy Story 4,” a remake of “The Lion King” and the next “Star Wars” movie.

For Disney, it’s a strong start for a year littered with tentpole releases, some of which are sure to surpass “Captain Marvel,” including: “Avengers: Endgame,” ”Toy Story 4,” a remake of “The Lion King” and the next “Star Wars” movie.

Last week’s top film, “How to Train Your Dragon: The Hidden World,” slid to a distant second place in its third weekend of release with $14.7 million. In its second weekend, Tyler Perry’s “A Madea Family Funeral” dropped 55 percent with $12 million. It’s made $45.9 million in 10 days.

“Captain Marvel” scared away any new wide releases. Vincent D’Onofrio’s directorial debut, “The Kid,” was largely overlooked by moviegoers. It sold $505,000 of tickets in 268 theaters.

“Apollo 11,” the acclaimed moon landing documentary featuring newly discovered and restored footage, continued to pack theaters. It made $1.3 million from 285 locations, including many IMAX screens.

Academy Award best-picture winner “Green Book” continued to see one of the largest Oscar bumps in years. It grossed $28.3 million overseas, boosted significantly by $15.7 in its second weekend in China. With $242.2 million worldwide, “Green Book” is the highest grossing best picture-winner since “The King’s Speech.”