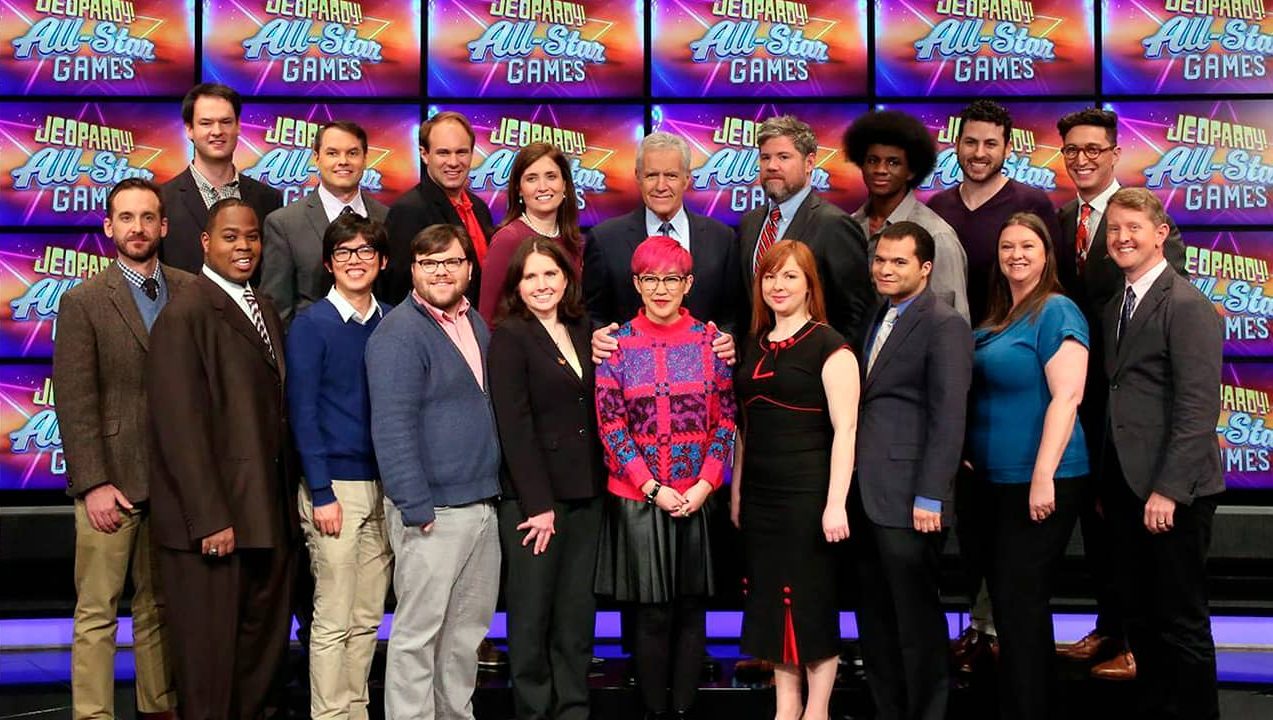 CULVER CITY — Glance around the “Jeopardy!” set during rehearsals for its first-ever team championship and it’s easy to be intimidated by the assembled brain power.
There’s Brad Rutter, whose overall “Jeopardy!” haul, $4.3 million, is the most won on any game show. And Ken Jennings, a 74-game winner and top moneymaker, with $2.5 million, in non-tournament “Jeopardy!” competition. And Buzzy Cohen, the reigning Tournament of Champions winner.
They’re among the six captains who will join their teams in competing for a top $1 million prize in a series of 10 episodes that begin airing Wednesday and conclude March 5. The other three captains: Julia Collins, No. 2 in overall winnings on the show; Colby Burnett, a Teachers Tournament and Tournament of Champions victor, and Austin Rogers, No. 5 in games and money won.
“It’s like the Mount Rushmore of ‘Jeopardy!'” observed Jimmy McGuire, part of the traveling “clue crew” that poses video answers from distant spots.
The 18 contestants were chosen primarily on the basis of their previous success, with an edge going to fan favorites as determined by social media, said Harry Friedman, executive producer of the syndicated show hosted by Alex Trebek and featuring announcer Johnny Gilbert.
Can “Jeopardy!” soloists work together? “We’re going to find out,” Trebek said.

Winning Teammates Will Get Equal Shares of Top Prize

The captains, who will also play, built their three-person teams from among the remaining 12 contestants. The full teams won’t play directly against each other, with one person from each team designated to compete in a game’s first round, another to play double “Jeopardy!” and the third to play the final round.

Collins said she enjoyed taking a cooperative approach to a game that’s typically an individual experience, beyond splitting the workload.

Giants Manager Bruce Bochy to Retire After This Season