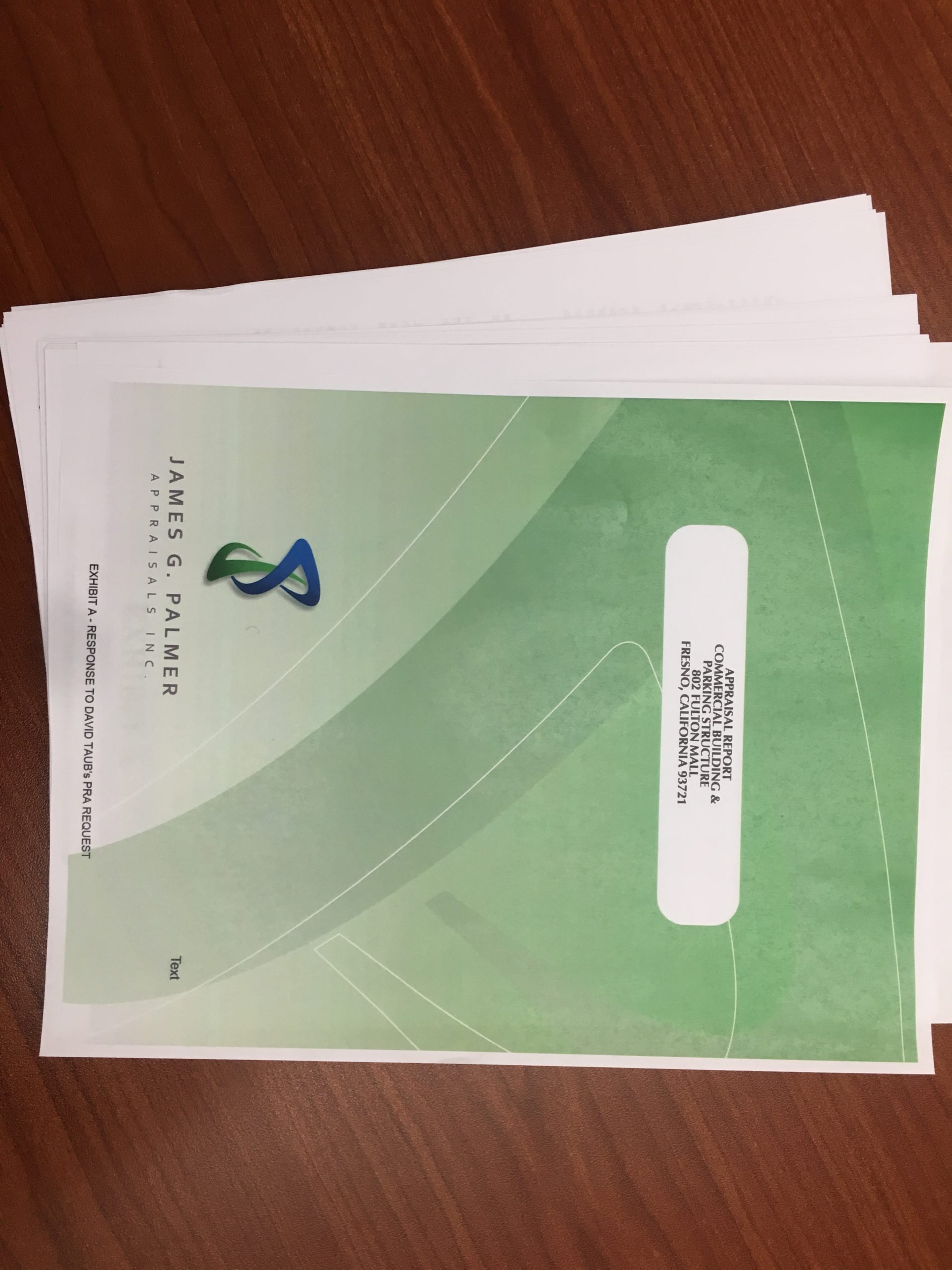 Gregg Palmer of James. G. Palmer Appraisals Inc. of Fresno performed the appraisal of the spiral garage and its adjoining commercial space, delivering the report to City Hall in February 2018. The 121-page document details the properties, Fresno’s demographics and economy, and the basis of the appraisal.
The document contains many maps, charts, and graphics.
Interestingly, when describing the downtown area, Palmer references just one commercial spot by name.
“To the north of the property land use consist primarily of commercial and office type buildings. These include the county office, sheriff’s department, Club One Casino, and other government institutions,” the appraisal said. Club One purchased the property after submitting the highest offer of $1.7 million.

The properties, though, have fallen into disrepair. The report estimates it would cost $1.6 million just to fix the mechanical and electrical systems.
It would take another $425,000 for ADA compliance.
“It cannot be leased in its present condition. A potential investor would assess the cost of renovating the interior of the structure to bring it to a condition where it could be leased on the open market,” Palmer wrote.
Estimating a cost of $45 per-square-foot for renovation would tack on an additional $2.43 million. That brings the total tab for repairs to at least $4.6 million.
The report discussed potential options for the property: demolish, expand, renovate, or convert it to another use. Because there would be “minimal demand for vacant land,” renovation was identified as the best option.

Palmer used the cost approach, one of three methods to appraise, as the basis for determining the properties’ value.
“The Cost Approach estimates the cost of replacing the improvements of the property.  It involves the determination of the cost new of the improvements, less accrued physical deterioration and functional and/or economic obsolescence.  To this remainder, the vacant land value is added to estimate a market value based on the Cost approach to value,” Palmer explained in the report.
The report compared prices of five other commercial land sales in the area in the prior five years. They ranged from $7.92 to $16.67 per square foot.
The appraiser determined $10 a square foot as the appropriate price for the Gottschalks building, which is about 55,200 square feet. That put the price at $552,000.