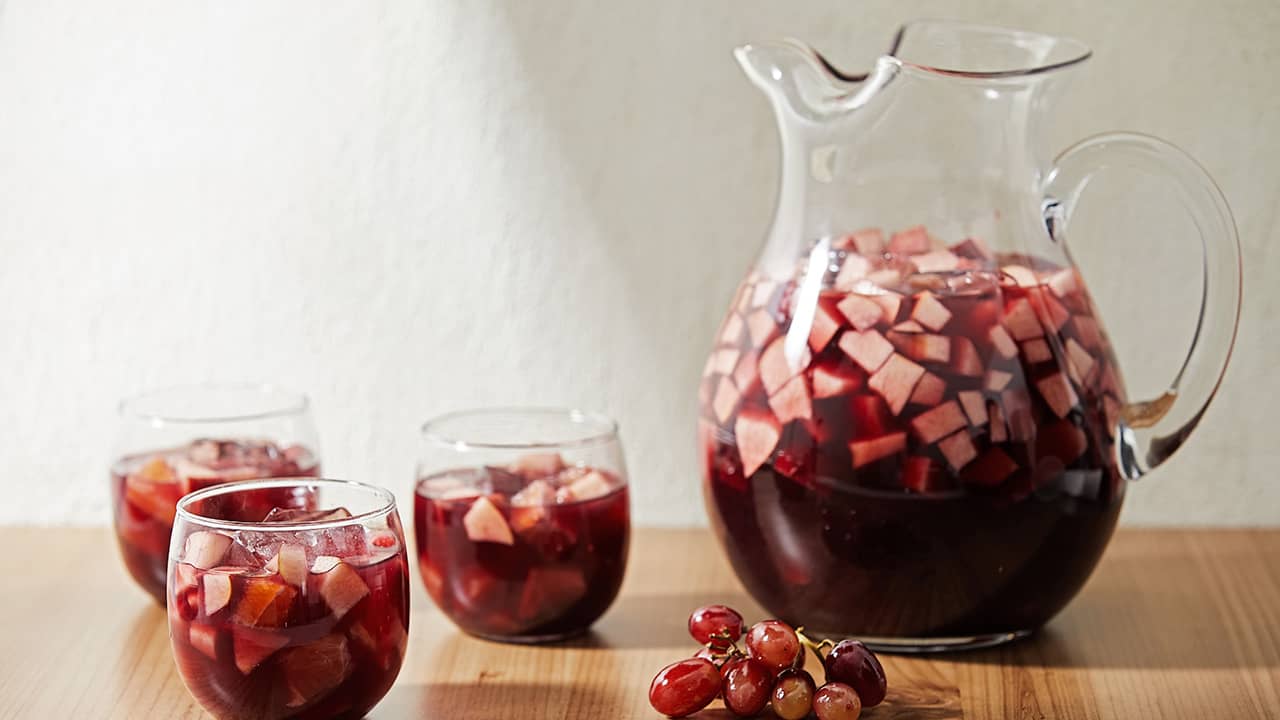 Festive drinks are as much a part of holiday celebrations this time of year as cookies, jolly music and awkward small talk.


“Hot drinks will sneak up on you. A lot of people who like to drink warm drinks don’t normally drink.” — Dan Searing, a mixologist
But with so many appealing options – and with so many people doing some of their only big entertaining of the year – choosing what beverages to serve can lead to decision paralysis.
If you want to go with your typical beer and wine strategy, by all means, proceed. If, however, you’re trying to figure out the best spirited batch drinks to share with a crowd, then these tips and advice are for you.
The first rule, according to Dan Searing, a mixologist, cocktail historian, author of “The Punch Bowl” and partner in Washington’s Room 11: “Know your crowd.” If you know your friends are mostly vodka drinkers, don’t make a rum or whiskey drink. If it’s a diverse group, start with a base (cider, hot chocolate) that can be spiked with your guests’ choice of spirits.
Or take the opposite approach and commit to something that is a full-on “experience,” such as the Scandinavian glögga friend introduced Searing to. Pegging your beverage selection to a particular region, country or culture is fun and interesting. Searing suggests looking into others such as Atholl brose, a Scottish drink similar to eggnog that uses oat-infused water. He also recommends Mexican hot chocolate (more on that below) and said he’s been intrigued by boilo, a Pennsylvania specialty that blends whiskey with honey, spices, fruit and for some people, a boiled-down soda syrup. Baltimore Eggnog. (Photo by Deb Lindsey For The Washington Post)

As far as practicalities go, Searing says plan on one or two servings per guest per hour. If you’re serving warm beverages, you can use a slow cooker or insulated urn to keep them hot. If you have to use the stove top, keep the heat very low or consider just warming small batches as you need them because the alcohol can easily cook off. Searing also suggests preheating the serving vessels and the cups with hot tap or boiling water.
An important reminder: “Hot drinks will sneak up on you,” Searing says. “A lot of people who like to drink warm drinks don’t normally drink.”
Now, a few specific tips for some of the season’s most popular genres of drinks:

Searing wrote a whole book about the topic, so clearly he’s got a passion for punch. You can always choose a good recipe, but if you’re up for creating your own, Searing recommends a 4-3-2-1 formula: 4 parts water or ice (you can maybe go down to 3 but not below unless you want everyone under the table pronto), 3 parts alcohol (such as one 750 ML bottle, or 3 cups, of wine), 2 parts syrup (i.e. grenadine or any other cool specialty product you like) and 1 part citrus (Searing prefers lemon or lime, because orange can add more sweetness than you want).
If you’re serving from a punch bowl, keep it cool with a large block of ice. Searing’s hack: Fill a half-gallon milk or juice carton with water, freeze and then cut away the paper for an impressive chunk. Oh, and be sure to serve punch in small glasses, such as those designed for sherry. “Be aware that punch is more like a cocktail than a highball in terms of its strength,” Searing warns. “Punch is the legendary downfall of every holiday party that goes wrong.”
So encourage your guests to drink responsibly while sipping their punch. Make your eggnog at least a few days in advance to let the flavors meld. Searing says you can jazz up the holiday standard by doing a mix of spirits, such as brandy and rum. He also recommends considering Baltimore eggnog, which features Madeira.

You can also let your friends spike their hot chocolate. Nut-based liqueurs (amaretto, Frangelico) are always nice. Less obvious: Chartreuse, whose herbal notes Searing says complement the chocolate well. It’s possible to have an interesting alcohol-free version, too, made with very good chocolate and some warming spices, if that’s what you like.

Hot cider is great for spiking, and Searing says rum, whiskey and flavored vodkas (pecan, anyone?) all work well. If you want to go the mulled route with wine or hard cider, though, it’s best to do a big batch that you construct yourself, since you need time to allow the flavors to infuse. Plus, your friends don’t need to spike beverages that already contain alcohol.
Not sure where to start? Paul Taylor, head of bar concepts for Drink Company in Washington, says a rough guide to keep in mind is two parts wine to ¾ part cutting agent. So, for two 750-milliliter bottles of wine (50 ounces total), Taylor suggests 18 to 20 ounces of water, juice, etc. You can also add 3 to 4 ounces of your choice of spirits, such as cognac and Grand Marnier. If you’re using a white wine, pisco is a suitable addition.
Because cider typically has less alcohol-by-volume content than wine, you can tweak the ratios a bit, more like 2 parts cider to 1/2 part juice (or 50 ounces of cider to 12 or 13 ounces of juice when we’re sticking with the same amounts as above).