Jarrar Remains Off Campus As Her Fresno State Classes Start 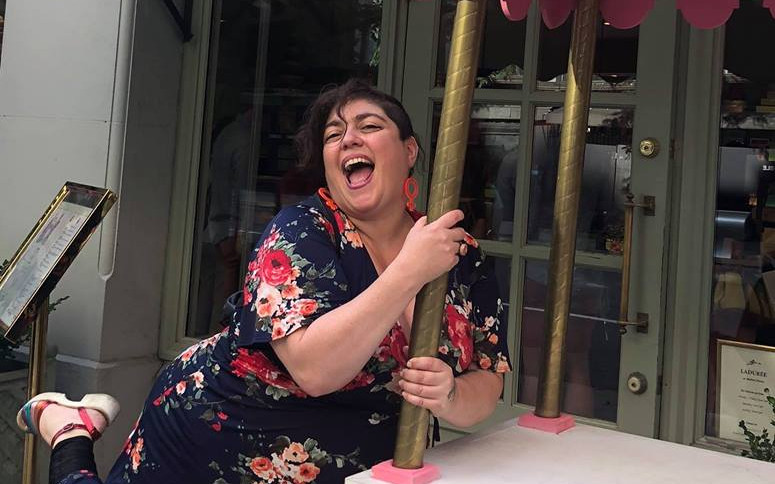 Controversial Fresno State professor Randa Jarrar has yet to return to the classroom.
The embattled English department professor is scheduled to teach two classes this semester, starting today (Aug. 27). However, the university confirmed Monday that she remains on leave.
“The professor is still scheduled to return to teaching this fall after having been on approved leave since last spring. Since this is a personnel matter, we cannot disclose the date of her return to teaching,” said university spokeswoman Patti Waid.
Substitute teachers will fill in for three classes: Masterpieces of American Literature, Advanced Writing of Fiction, and Arab-American Literature classes.

Jarrar is an award-winning author of such books as “A Map of Home” and “Him, Me, Muhammad Ali.”
While already known among academic and literary circles, Jarrar’s name exploded on the national radar following the death of former First Lady Barbara Bush last April.
After tweeting that Bush was an “amazing racist,” Jarrar became a lightning rod of criticism and the fulcrum of debates about academic freedom and good taste. She followed up the remarks with more negative posts about Bush and her family.
At the time of the tweets, Jarrar was already on personal leave.
Jarrar continued to engage with social media followers, mentioning her salary and job security status. She then switched her Twitter account to private. Currently, her Twitter account indicates that she resides in  Los Angeles.
At one point, she tweeted out a phone number for people to call her with criticism. It turned out to be a crisis hotline number at Arizona State.
Following the uproar, and threats from the Fresno State community that they would withhold donations because of Jarrar, university president Joseph Castro announced she would not face discipline.
Castro reiterated those remarks last week, as students returned to class. While he disagreed with Jarrar, Castro cited free speech and the fact she uttered her remarks on a private social media account as the reason the school wouldn’t take action.

Since the April revelation of the Bush tweets, other Jarrar remarks surfaced, regarding her opinion of Valley farmers.
“A lot of the farmers now are Trump supporters and just f—ing stupid,” Fox News reported about her comments in a YouTube video. “Can’t f—ing stand the white, hetero-patriarchy.”
Regarding white editors, Jarrar reportedly posted: “At some point, all of us in the literary community must DEMAND that white editors resign. … It’s time to STEP DOWN and hand over the positions of power. We don’t have to wait for them to [expletive] up. The fact that they hold these positions is [expletive] up enough.”
Despite the backlash, many free speech and academic groups rallied to her aid.
[Correction, 8/27/18: the original story said that a third Jarrar class was canceled. School officials say that she is indeed scheduled to teach the class.]