State legislation to fix outdated drinking water systems in California has gotten a boost from a key change in the way the program would be funded.

Under an updated bill in Sacramento, a voluntary fee on all public water system users in the state would be used to create a Safe and Affordable Drinking Water Fund. In the previous version of the bill, the water fee was mandatory.

Gov. Jerry Brown worked with the sponsors of the original bipartisan legislation, including state Senator Andy Vidak (R-Hanford), on the updated version.

“The legislation builds upon the original proposal for a Safe and Affordable Drinking Water Fund, with changes made to ensure broad support and effective implementation,” said Steve Maviglio, a consultant representing groups supporting the bill’s passage. 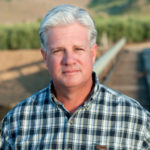 “There are more than 300 water systems in California with unsafe water and over 100 of them are in the four counties that I represent.” — State Sen. Andy Vidak (R-Hanford)

Like the previous version, the new bill would levy a 95 cent monthly fee on most customers who are connected to municipal water systems. The fee is higher for commercial water users. The current bill allows water customers to “opt out” of the charge if they choose.

Dairies and fertilizer companies would pay additional, mandatory, fees on their products as well. Altogether, the fees are expected to initially generate over $120 million per year to upgrade water delivery systems that do not meet federal drinking water standards.

An analysis prepared for the Assembly Appropriations Committee says a “lack of safe drinking water is a problem that disproportionately affects residents of California’s disadvantaged communities.”

Sen. Vidak voiced his support for the new proposal.

“In the Central Valley, many poor residents in disadvantaged communities have gone years without clean water to drink, cook and bathe,” Vidak said in a statement. “There are more than 300 water systems in California with unsafe water and over 100 of them are in the four counties that I represent – Fresno, Kern, Kings, and Tulare.  These measures, while not perfect, will go a long way in helping bring clean water to needy families in the Central Valley.

Opponents of the legislation include a number of California cities, water agencies, and business groups. The website watertaxrfacts.org proposes alternative approaches to funding water system improvements such as adding a voluntary check-off on state tax return forms and utilizing existing funding sources such as bonds and state general fund monies.