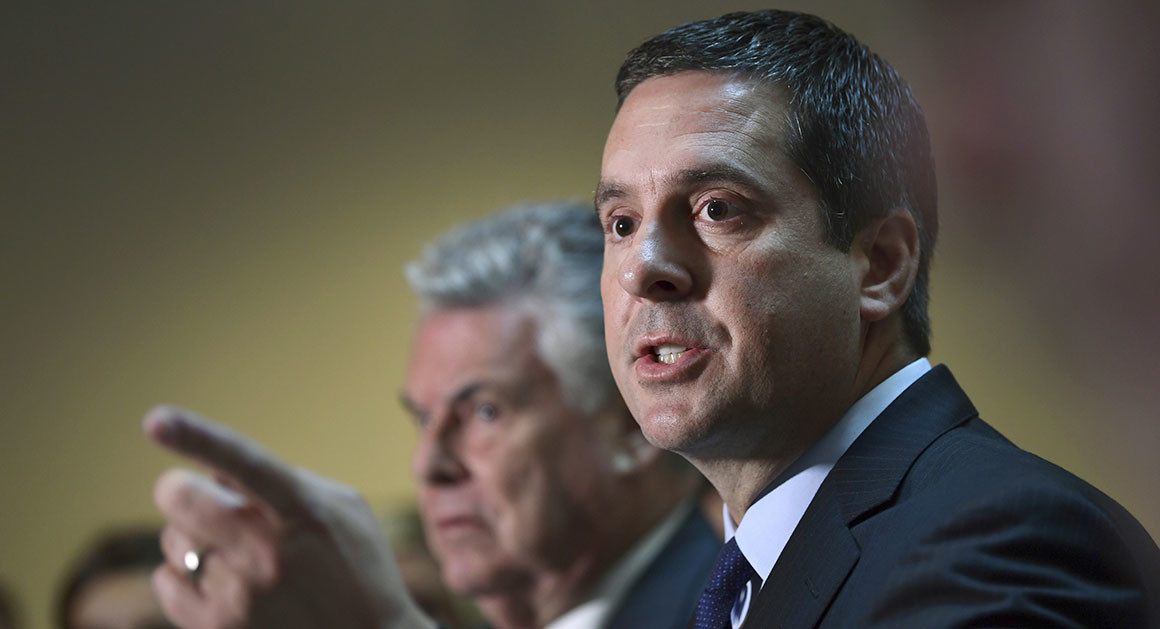 WASHINGTON — A bipartisan Senate committee said Tuesday that U.S. intelligence agencies’ assessment of Russian activities during the 2016 presidential election was based on “sound” analysis not swayed by politics, the Associated Press reported.
The January 2017 intelligence assessment said Russian activities in the run-up to the presidential election represented a “significant escalation” in a long history of Russian attempts to interfere in U.S. domestic politics, the committee said.

The three intelligence agencies — NSA, CIA and FBI —found that Russians had engaged in cyber-espionage and distributed messages through Russian-controlled propaganda outlets to undermine public faith in the democratic process, “denigrate” Democratic candidate Hillary Clinton and develop a “clear preference” for Donald Trump.
The Senate intelligence committee’s report comes as Trump and one of his key allies, Rep. Devin Nunes (R-Tulare) continue to cast doubt on whether Russians interfered in the presidential election.
Late last month, Trump tweeted: “Russia continues to say they had nothing to do with Meddling in our Election!”

Russia continues to say they had nothing to do with Meddling in our Election! Where is the DNC Server, and why didn’t Shady James Comey and the now disgraced FBI agents take and closely examine it? Why isn’t Hillary/Russia being looked at? So many questions, so much corruption!

Earlier this year, Republicans on the House intelligence committee concluded there was no collusion or coordination between Trump’s presidential campaign and Russia.
Democrats on the House panel sharply disagreed, saying the Republican-controlled panel had not interviewed enough witnesses or gathered enough evidence to make a definitive assessment.
The GOP report, led by Nunes (R-Tulare), concluded that the three intelligence agencies erred in their assessment of “Putin’s strategic intentions” behind his election interference.
Spencer Ackerman of the Daily Beast summarizes the Nunes report:
“While most of the analysis contained in the ICA held up to scrutiny,” Nunes’ report held, “the committee found that ICA judgments on Putin’s strategic objectives” —that is to say defeating Clinton and electing Trump —“failed to meet most of the analytic standards set forth in the primary guiding document for IC analysis, Intelligence Community Directive (ICD) 203.
” Such shortfalls “undermine confidence,” Nunes’ report continued, but they weren’t listed as problems with the underlying circumstances of the Russian campaign. Nunes and company instead faulted the agencies for not “incorporat[ing] analysis of alternatives” or more fulsomely explaining the differences in confidence levels between the NSA, FBI, and CIA.

The Senate committee said it perused thousands of pages of documents and conducted interviews with relevant parties that helped the intelligence community compile its review about Russian meddling.
Committee chairman Sen. Richard Burr, R-N.C., said the panel spent 16 months reviewing the sources, tradecraft and analytic work underpinning the intelligence community assessment and sees “no reason to dispute the conclusions.”
“In all the interviews of those who drafted and prepared the ICA (intelligence community assessment), the committee heard consistently that analysts were under no politically motivated pressure to reach any conclusions,” the committee said.
Virginia Sen. Mark Warner, the ranking Democrat on the committee, said the panel thoroughly reviewed all aspects of the intelligence agencies’ work leading up to its assessment.”
The Russian effort was extensive and sophisticated, and its goals were to undermine public faith in the democratic process, to hurt Secretary Clinton and to help Donald Trump,” Warner said.