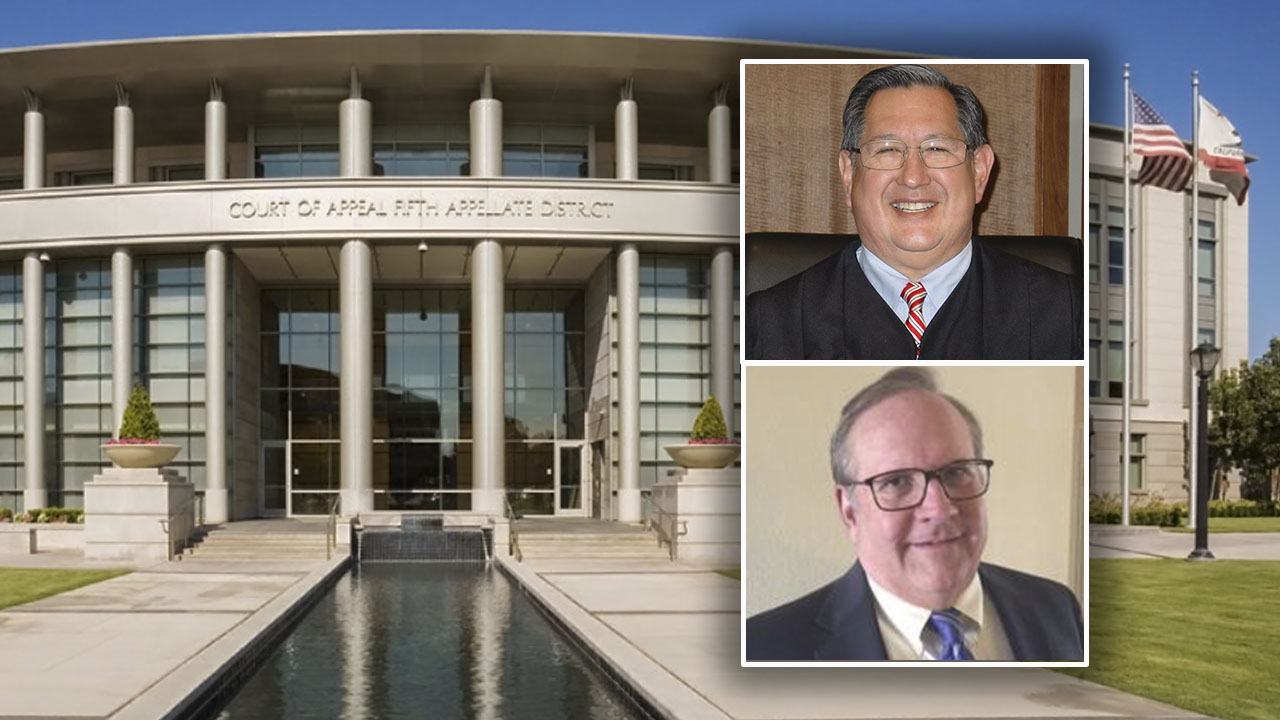 Snauffer was a partner at Baker, Manock and Jensen from 1982 to 2000. He was an associate at Hefner, Stark and Marois from 1980 to 1982 and at McCormick, Barstow, Sheppard, Wayte and Carruth from 1977 to 1980.
Snauffer earned a Juris Doctor degree from the UCLA School of Law and a Bachelor of Arts degree from the UC Berkeley.

DeSantos was a sole practitioner from 1993 to 2003 and from 1984 to 1989. He also was a partner at Farley, DeSantos et. al. from 1989 to 1993 and an associate at Kahn, Soares and Conway from 1981 to 1983.
DeSantos earned a Juris Doctor degree from the University of Southern California School of Law and a Bachelor of Arts degree from Stanford University.

The appointments require confirmation by the Commission on Judicial Appointments. The commission consists of Chief Justice Tani Cantil-Sakauye, Attorney General Xavier Becerra and Brad R. Hill, the senior presiding justice of the Fifth District Cout of Appeal.
The annual salary for the associate judgeships is $228,918.