Villaraigosa Advisor: Newsom Is Promoting Cox Because We Can Beat Him in November 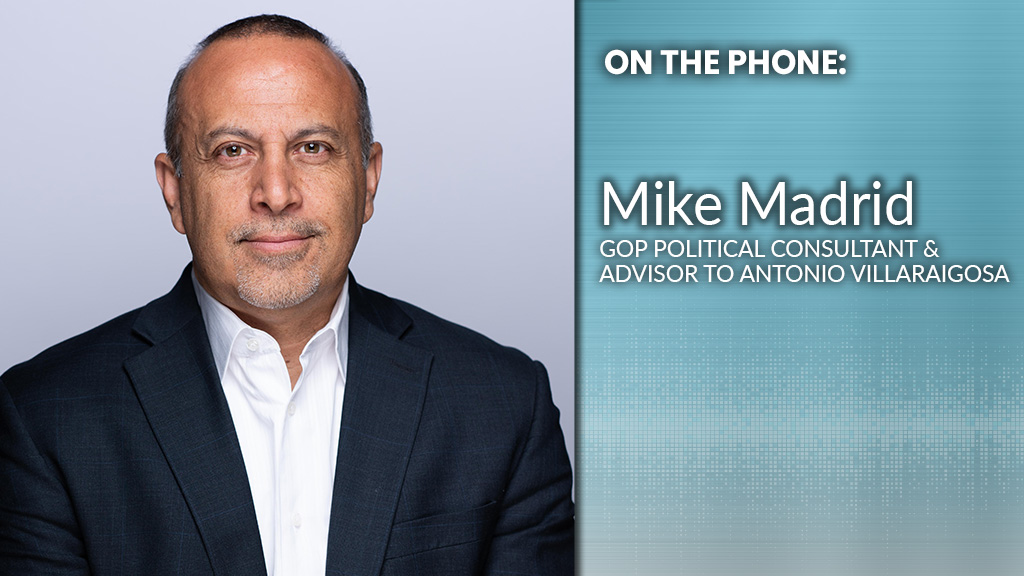 Click on the picture above to hear GV Wire News Director and columnist Bill McEwen’s interview with Mike Madrid, campaign strategist for California gubernatorial candidate Antonio Villaraigosa.
They talk about polling, President Donald Trump’s endorsement of Republican John Cox, and what Villaraigosa has to do to qualify for the November run-off, presumably against front-runner Gavin Newsom.
Madrid, a longtime GOP consultant, joined the Villaraigosa campaign because he believes the former Los Angeles mayor is the only candidate who can unite Republicans and Democrats and solve California’s problems with a bipartisan approach.
You can read Laura Rosenhall’s CALmatters’ profile of this unusual political team — “Political odd couple: GOP consultant advises Democrat’s bid for governor” — at this link. Voters Are Starting To Pay Attention. Will Cox or Villaraigosa Face Newsom?