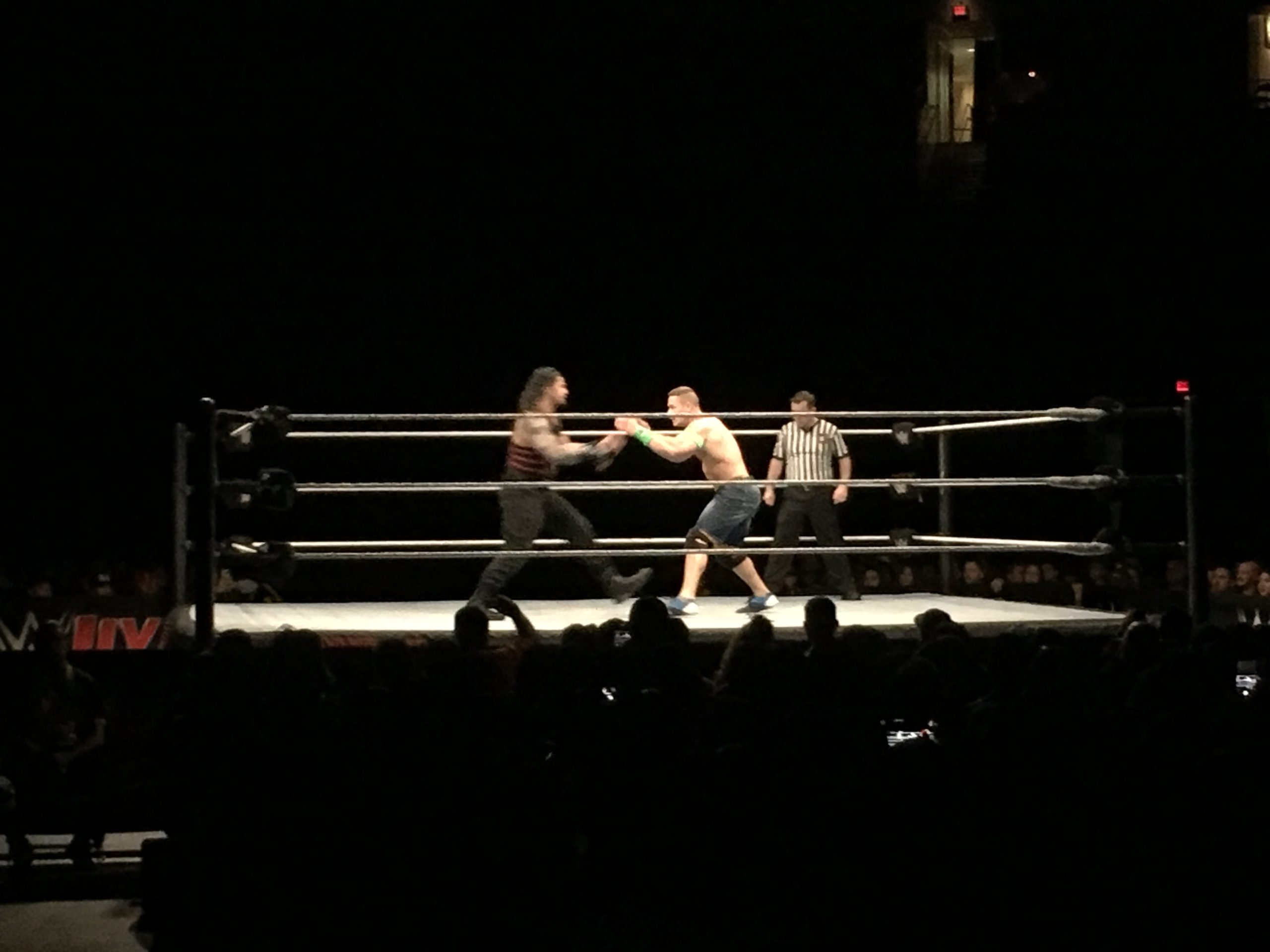 Like hockey, watching the WWE is a much better experience live than it is on TV. This proved true for the thousands of Fresno fans attending the latest pro wrestling card at the Save Mart Center Sunday night (Feb. 11).
The sound of bodies slamming to the mat, the roar of the crowd, the ringing of the bell echoing throughout the arena — it all creates a buzz not found just watching “Monday Night Raw.” The wrestlers play to the crowd, not to the TV cameras.
The main event for Sunday’s Fresno card featured the biggest star over the last 16 years vs. the biggest star over the last five: John Cena vs. Roman Reigns.

Babyface vs. Babyface in Main Event

Both men are babyfaces, i.e. good guys, whom the crowd is supposed to adore.
But, Cena and Reigns have changed the model of what the most popular wrestler looks like. Even though both men have been the face of WWE, they are almost equally booed as they are cheered. Think of it as a Tom Brady roadshow: No doubt Brady is considered the Greatest of All Time (with apologies to Joe Montana), but as great as he is, he is equally loved and hated.
Fans filled the lower bowl at Save Mart Center, save one end that was blocked off for the video board and staging for the wrestlers. A WWE official estimated the crowd at 10,000. As Cena took the ring, fans alternated a familiar chant: “Let’s Go Cena” answered by “Cena Sucks.”
At 40 years of age, Cena keeps his body in immaculate condition. And even in the cooperative nature of pro wrestling, deadlifting the 265-pound Reigns from the mat onto his shoulders was a sight to behold.

While Reigns wasn’t booed by the thousands of Fresno enthusiasts, they cheered Cena more. Sticking to their babyface values, neither man broke or even bent the rules.
After 15 minutes of action, Cena hoisted his foe onto his shoulders for his finishing hold, the FU. Reigns escaped, bounded off the ropes and speared Cena. He followed the jolt for the cover, as referee Dan Engler counted the 1-2-3.

As the victor celebrated, Cena confronted Regins in the middle of the ring. Wrestling fans know this could lead to a post-match brawl, or a fake sign of comradery. Instead, Cena raised the victor’s hand, an act of sportsmanship fathers noted to their children as fans exited for the parking lot.