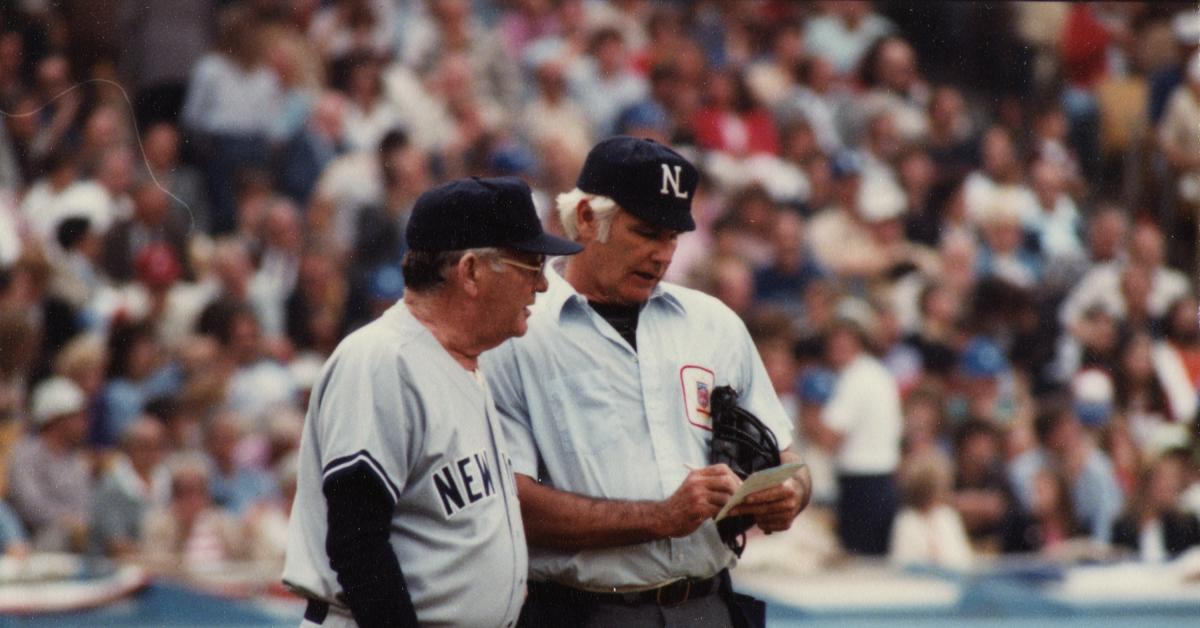 Hall of Fame umpire Doug Harvey, whose commanding presence and excellent judgment spanned 31 National League seasons, died Saturday of natural causes in Visalia. He was 87.
The New York Times noted that the Springville resident “had silver hair, giving him something of a regal air, and he was very much in charge, whether calling balls and strikes or umpiring on the bases, prompting players to refer to him as God.”
Harvey was inducted into the National Baseball Hall of Fame in Cooperstown, N.Y., in 2010 and is one of 10 umpires enshrined. He received 15 of 16 votes from the Veterans Committee to earn his Hall of Fame status. You can view Harvey’s Hall of Fame bio at this link.

He worked a total of 4,673 Major League Baseball Games. Reflecting his status as the best umpire of his era, he umpired in five World Series, nine National League Championship Series and six All-Star Games. He was a crew chief for 18 seasons.
In 1974, the Major League Baseball Players Association ranked Harvey as the National League’s best umpire and the only one in the league worthy of its “excellent” rating, The Times reported.
“Doug Harvey was the model that every umpire should strive to be,” Hall of Fame second baseman Joe Morgan said before Harvey’s induction into Cooperstown. “He was tolerant to a point, yet the players always knew he was in control.”

“Hall of Famer Doug Harvey was one of the most accomplished umpires of all-time,” Commissioner Rob Manfred said in a statement Sunday. “Known for his strong presence and communication skills, he umpired some of the most memorable moments ever, including from behind the plate for Kirk Gibson’s walk-off home run to open the 1988 World Series. A generation of umpires learned as a result of Doug’s example, his eagerness to teach the game and his excellent timing behind the plate.”
Harvey was famous for his extensive knowledge of baseball rules and for delaying his calls a split second to ensure that they were correct.

“I have heard it said that umpires are a necessary evil,” Harvey said. “Well, we are necessary, but we are not evil. We are hardworking and dedicated people whose primary interest is to make sure the game is played fairly.”

Harvey Got His Start in California League

Doug Harvey was born in South Gate and attended San Diego State University, where he played basketball, football and baseball. He began his umpiring career in 1958 in the California League, earning $350 a month.

The California League’s Umpire of the Year award is named after him. Prior to the 2017 Cal League All-Star Game in Visalia, he was inducted into the Class-A league’s Hall of Fame.