How Do You Like Your SNL: With or Without Politics? 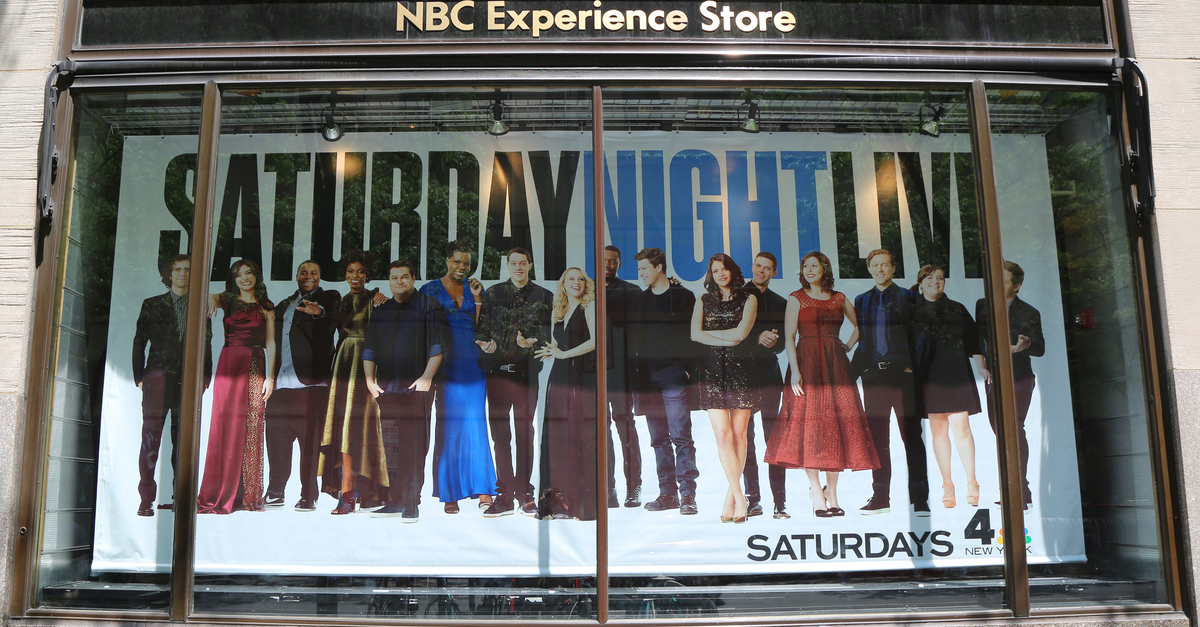 Point: I’ll Take Humor, with a Dash of Politics

Every year when the new season of “Saturday Night Live” premieres, an age-old debate pops up: Which season of “SNL” is the best? Everyone has their favorite sketches and cast of characters. And there are, of course, those who say every year that “SNL” isn’t what it used to be — while they continue to watch the show every week. Regardless of where you fall on that spectrum, one thing is very clear. This past year of “SNL” has been perhaps more relevant and timely than any of the most recent seasons since 2008.

For younger folks, it may seem as if “SNL” has gotten more political, but politics has always been an integral part of “SNL” humor, dating back to its debut in 1975. Chevy Chase’s portrayal of then-President Gerald Ford — and President Ford’s subsequent appearance on the show — changed the way politicians interacted with entertainers and entertainment. For better or worse, “SNL” charted the path we are currently on.

But you don’t have to look that far back to see how “SNL” is influencing our politics. In 2008, Tina Fey won kudos for her spot-on impression of Sarah Palin. How many people actually believe that Palin said, “I can see Russia from my house”? Because she didn’t. Fey’s Palin did. Real Palin said: “You can actually see Russia from land here in Alaska.”

But it didn’t matter because it was just close enough to the truth that people believed she actually uttered those words. And it is now hard to see Will Ferrell act in anything and NOT think of his portrayal of President George W. Bush. Like Fey, he managed to play Bush so well that it was sometimes difficult to tell what was parody and what was fact. And, also like Fey, he had a wealth of material with which to work.

But it was this past season of “SNL” that provided some of the most interesting political humor in years. Alec Baldwin’s portrayal of Donald Trump, alongside Kate McKinnon’s Hillary Clinton, provided countless hours of laughs — sometimes uncomfortable, sometimes biting — but almost always funny.

But it wasn’t just the quality of the performances that made this year stand out. When you have the president of the United States tweeting about Baldwin’s performance the night before, and when Hillary Clinton shows up to play a character with “Hillary Clinton,” it’s hard to argue that the show isn’t shaping our culture and politics.

Lorne Michaels, the creator of “SNL,” is certainly taking advantage of the current environment. This summer, as political news was seemingly breaking by the hour and while “SNL” was on hiatus, he produced a series of “Weekend Update” primetime specials to take advantage of all the rich material emanating from the Trump White House and swampy Washington.

And lest anyone think that “SNL” only targets Republican administrations, you only have to look back to Phil Hartman and then Darryl Hammond and their portrayals of Bill Clinton. Hammond, especially, was able to play up Clinton’s best traits and his flaws for maximum comedic effect.

I will argue that “SNL” struggled for a while to find a good person to play Barack Obama — but once they did, let’s be honest: they struggled, though not for lack of trying. Obama didn’t exactly provide them with a great amount of material to work with. While that may be frustrating for a comedian, I certainly miss the days of no-drama Obama.

But what does any of this mean? Why should we care if “SNL” is still as relevant today as it was 42 years ago? I wouldn’t argue that this is the most pressing issue of our time, but, undeniably, “SNL” provides an opportunity to not take ourselves so seriously. To laugh (or cry, but mostly laugh) at the absurdity of our modern political landscape. To discover new comedic talents. And yes, to sometimes shine a light on a pressing political matter — with a dash of humor.

Daniella Gibbs Leger, a former special assistant to President Obama, is senior vice president for communications and strategy at the Center for American Progress. She wrote this for InsideSources.com.

“Saturday Night Live,” now in its 43rd season, is an American pastime. The show has produced incredible talent like Eddie Murphy, Tina Fey and Will Ferrell, as well as classic sketches like those mocking “Celebrity Jeopardy” and the Coneheads. In modern times, the show is probably best known for its political impersonations, with actors portraying Sarah Palin, Hillary Clinton and, of course, President Trump.

But the show so many Americans once loved may have surrendered its influence, and its humor, to its one-sided political obsession. This only adds to Americans’ frustration that even our weekends, whether on football fields or late-night comedy shows, are becoming increasingly politically divisive. Americans desperately need to laugh and play together, not in separate silos divided by race and politics.

“SNL” has featured an impersonation of President Trump (or a Trump administration associate like Kellyanne Conway, Sean Spicer or even Steve Bannon) on nearly every episode of the 42nd season. But surely, Trump supporters and opponents alike tire of him eventually. Is there no other material out there?

This is not to say that politics has no place in comedy. To the contrary, humor, as we also see in political cartoons, is sometimes the best way to make a point and open people’s minds to even their own inconsistencies. Censorship or silence is not the answer. Indeed, many comedians, including Jerry Seinfield, have expressed concern at American audiences’ inability to listen to and laugh at politically incorrect jokes. That’s a bad trend.

And of course, the current administration invites attention. The president’s constant tweets and comments often go beyond what’s politically correct or appropriate. It would be absurd for “SNL” or any other outlet for cultural commentary to ignore the president, especially one with such a … dynamic personality. But isn’t the cycle of Trump attacking the media and the media attacking back getting a little old? The feud has become predictable, and thus often un-funny.

“Saturday Night Live” should recognize this and avoid the mistake that other late-night comedy shows have made in allowing an obsession with Trump to remake them. For example, Steven Colbert’s anti-Trump turn might increase ratings and revenues, but it’s not funny and also not good for the country.  He’s purged his audience of right-leaning viewers, now appealing only to the #Resistance. And now there’s no hour of the day, no place or activity, where Americans are not divided.

“SNL” is at its best when it mocks both sides of the aisle. Indeed, “SNL” occasionally pokes fun at liberals, as they did last season in their sketch mocking incredulous Millennials as they watched the results from Election 2016, and in their hilarious “Slackivism” video with Louis C.K. Let’s hope for better balance in the 43rd season ahead.

Some of the best sketches of the last season were light on politics altogether. And it’s worth noting that the best episode of the season — starring Tom Hanks — was funny and effective precisely because the political commentary focused on bringing Americans together, not deriding the other side. In “Black Jeopardy,” Hanks played a Trump supporter who, we find out, has much more in common with his fellow contestants (all black) than anyone first thought. We could use more of that, too.

“SNL” has a big stage, and a big platform. Like NFL players, many in the cast likely feel a social responsibility to use that platform for their political causes. That’s admirable and good. But they will be more effective — and more entertaining — if they can connect with people who disagree with them.

Americans of all political stripes need to be able to listen to and even occasionally tell a joke at our own expense. If we can’t laugh at ourselves, we’re boring.  If we can’t laugh together, we’re lost. In its coming season, let’s hope the cast of “SNL” will be fair and funny, by focusing on giving all Americans a much-needed laugh.

Hadley Heath Manning is policy director at the Independent Women’s Forum, a conservative organization. She wrote this for InsideSources.com.