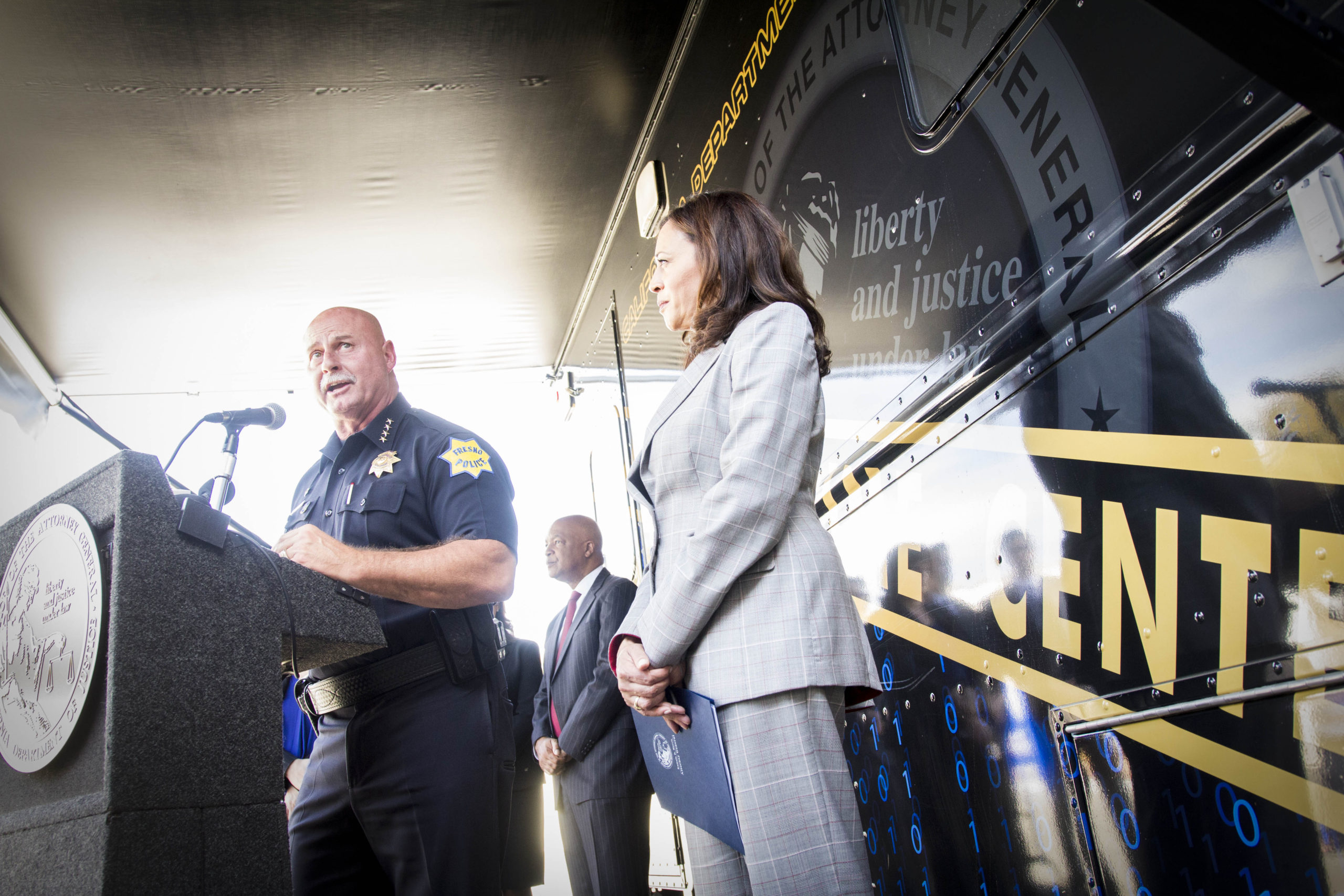 Fresno police are still investigating circumstances of a shooting Sunday afternoon at Belmont & Fresno. Responding to calls of a man with a knife, police say they found a man wielding the weapon and barking at passsers-by. An officer, with gun drawn, repeatedly orders the suspect to drop the weapon.

GVWire spoke with Chief Jerry Dyer the following day. The chief feels his officer was justified in the shooting. “The individual was charging at the officer. He was a probably less than a car length away when the officer made the decision to shoot him.” The suspect was shot twice in the abdomen.

Dyer described the suspect as a Bulldog gang member the department as contact in the past.

As with many officer involved shootings, members of the public on social media and other outlets wonder why less lethal methods, such as Tasers, were not used. Dyer addressed the training officers have.

“Always use the least amount of force you can to bring a situation under control. But that doesn’t mean an officer has to use less lethal before the use of a firearm. We train our officers to de-escalate situations, but also to keep themselves safe and other citizens safe as they deal with the situation. (Sunday’s) situation evolved so rapidly, it would be difficult for anything other than the use of a firearm to be utilizes, especially considering the actions of the suspect and the proximity of the suspect to the officer while armed with a knife. He was obviously in a very agitated state, and that always presents a danger,” Dyer said.

KMPH-Fox 26 received video of the incident, taken by an eyewitness.