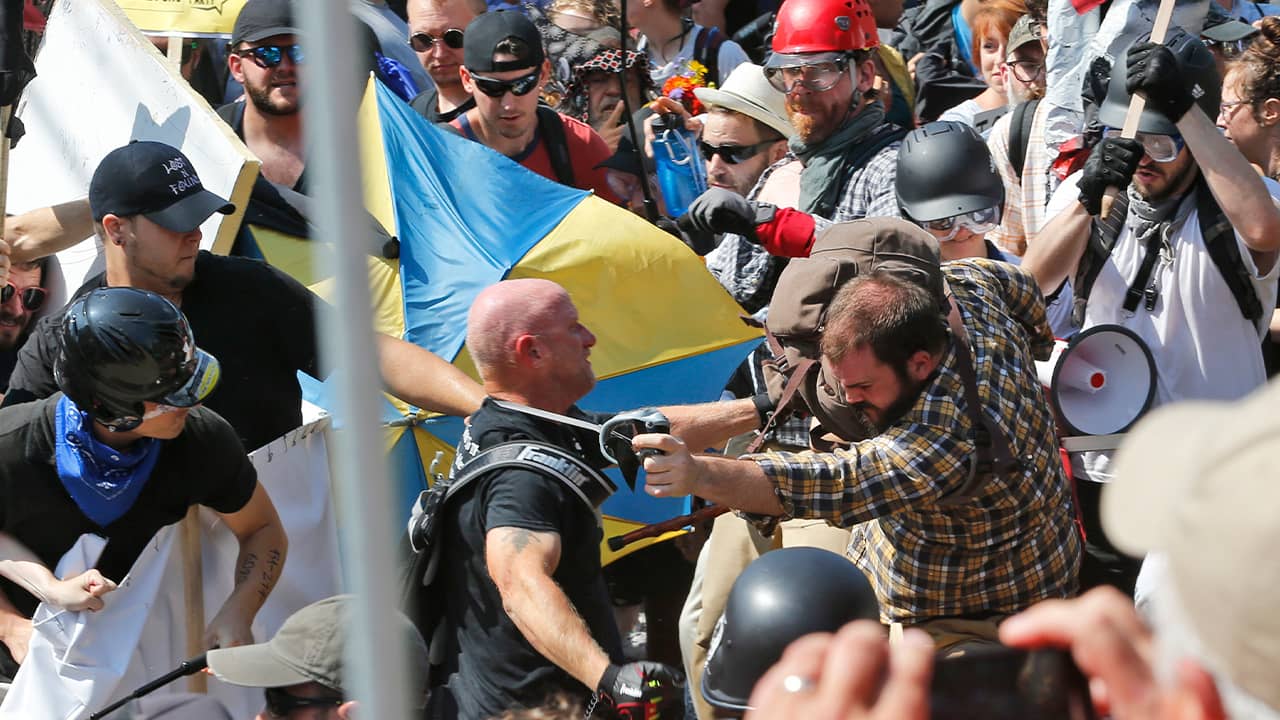 White supremacist groups are on the rise in the U.S. Experts say there's a balance between countering such groups and giving them the attention they seek. (AP File)
Share with friends

A group that openly espouses white supremacy is not just coming to Fresno on Saturday but says it already has a chapter here. 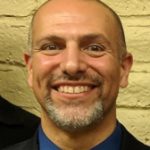 “Direct confrontation is like kindling to that ideology and really to any group. The more you respond to it, the more you feed that. The answer to hate speech is more positive speech.” — Fresno State sociology professor Matthew Jendian

In an interview with GV Wire, the regional leader of the Aryan Freedom Network said his group already has a presence in Fresno. During the interview, he used racial invectives and also said he wished that several Fresno leaders could be deported.

He would only reveal his name as “Frank,” from Phoenix, Arizona. He says the group will hold a “meet and greet” Saturday at a private residence within Fresno’s city limits. He would not provide other details.

“We have a small chapter in Fresno, San Francisco, and a couple of other spots in Northern California,” the regional leader of the Aryan Freedom Network said. “It’s just a small group of people getting together, sharing ideas and viewpoints, and trying to organize our organization to get more active and to serve more chapters in California for the new year,” Frank said.

Last week, Fresno Police Chief Paco Balderrama said about the event: “Hate and fear, from anyone or any group, is unacceptable and criminal acts based upon hate and fear will not be tolerated in our city.“

Frank accepted the label of AFN being a white supremacist group. Others say that AFN is a hate group.

“Anyone can consider us anything they want to do. The fact is, (because) you don’t … want to be around them doesn’t mean you have to hate them.”

The group does not hide its neo-Nazi connections. Swastikas are prevalent on AFN’s website and logos. The Texas Observer reports they have been linked to other supremacist groups like the KKK and spotted at anti-LGBT rallies.

A leader of the AFN, identified as Dalton Henry Stout, attempted to sue an anti-fascist group called Task Force Butler Institute for invasion of privacy. The task force, led by military veterans, allegedly flew drones over an AFN meeting last fall. The lawsuit was eventually dropped.

Frank spent most of the GV Wire interview talking about AFN’s views on race and immigration. They generally oppose any rights for non-whites.

Several groups have expressed concern about the AFN meeting in Fresno, including the Jewish Federation of Central California.

“Such a meeting sends the wrong message to our community. The city of Fresno and its police department, and our citizens, are rightfully opposed to the hate communicated by the AFN, and we believe its message will have little traction here,” federation vice president Jack Benninga said.

Frank blew off any opposition.

“We don’t care. And if they don’t like us, they can all go to hell,” Frank said.

Matthew Jendian, a sociology professor at Fresno State, teaches about race and ethnicity.

“This group was not on my radar, which doesn’t mean to say that they aren’t known at all. There’s been a lot of shifting of those groups, but from what I’m reading, (this is) a group that’s been on the rise recently,” Jendian said.

He recommends against a direct counterprotest.

“Direct confrontation is like kindling to that ideology and really to any group. The more you respond to it, the more you feed that,” Jendian said. “The answer to hate speech is more positive speech.”

An anti-hate town hall meeting — scheduled for 5:30 p.m. Wednesday at Central East High School — is an example of holding your own event, Jendian said. 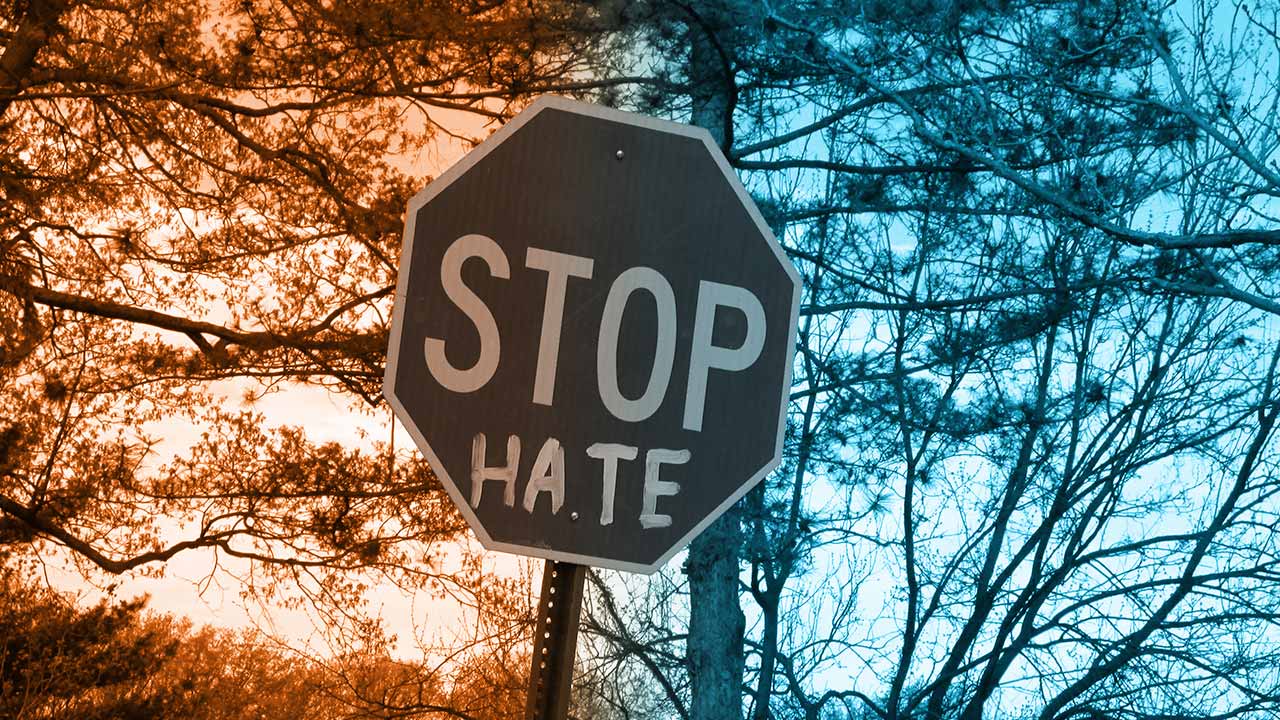 US Attorney: Community Should Stand up Against Hate

Phil Talbert, the U.S. Attorney for the Eastern District, says the community should stand up against hate.

“The diversity in this district and the Central Valley is a strength of ours, not a weakness. To the extent that anyone is espousing views that are really against that and trying to divide us, I think we need to call it out, but we need to do it in a peaceful way,” Talbert said.

Teresa Drenick with the Anti-Defamation League says a balance is needed between countering such groups and giving them the attention they seek.

“It is our collective responsibility to condemn and call out the group’s activities without elevating the group or its symbols. A deep and sincere concern about white supremacists is overdue, as is the need to address it. The threat posed by extremist groups requires a sober response that neither minimizes nor exaggerates its nature and reach,” Drenick said.

Why do groups like AFN exist? Jendian said it’s human nature to seek out people with similar beliefs in a show of support.

“When you start judging other people’s ways of doing things by your own standards, you are being ethnocentric. And to the extreme, this can lead to violent behavior towards people who do not think and act like you do,” Jendian said.

Told that Fresno has a Hispanic police chief and a Hispanic majority on the city council, Frank amplified his racist views.

“I would simply tell them that I frequently go to Mexico and come right back like a naturalized citizen and lead the fifth-largest city in the state and very proudly do so as an immigrant into this country … and will continue to do so without fear by those who hate us for the color of our skin.” — Fresno City Councilmember Miguel Arias

“I wish we could deport them all back to Mexico and let them fix those problems down there,” he said.

“I would simply tell them that I frequently go to Mexico and come right back like a naturalized citizen and lead the fifth-largest city in the state and very proudly do so as an immigrant into this country, like so many others who have built this country over generations and will continue to do so without fear by those who hate us for the color of our skin,” Arias said.

Should AFN Be Taken Seriously?

Arias said hate groups in Fresno are nothing new. He said he’s received death threats in the past from such groups.

The community should be concerned about a hate group meeting in Fresno, Arias said.

“They typically do so because there is a network of locals or people in the region that are fully supportive of their views,” Arias said.

Drenick, with the ADL, says the community should take AFN seriously.

“The rising prevalence and acceptance of conspiracies leading to emboldened and normalization of extremism, coupled with weaponization of technology, is certainly something that we must take seriously,” Drenick said. “Words matter, and while we should not overstate the threat and must recall that these views remain on the fringes, there are too many examples of individuals putting their hate-fueled ideology into violent action.”