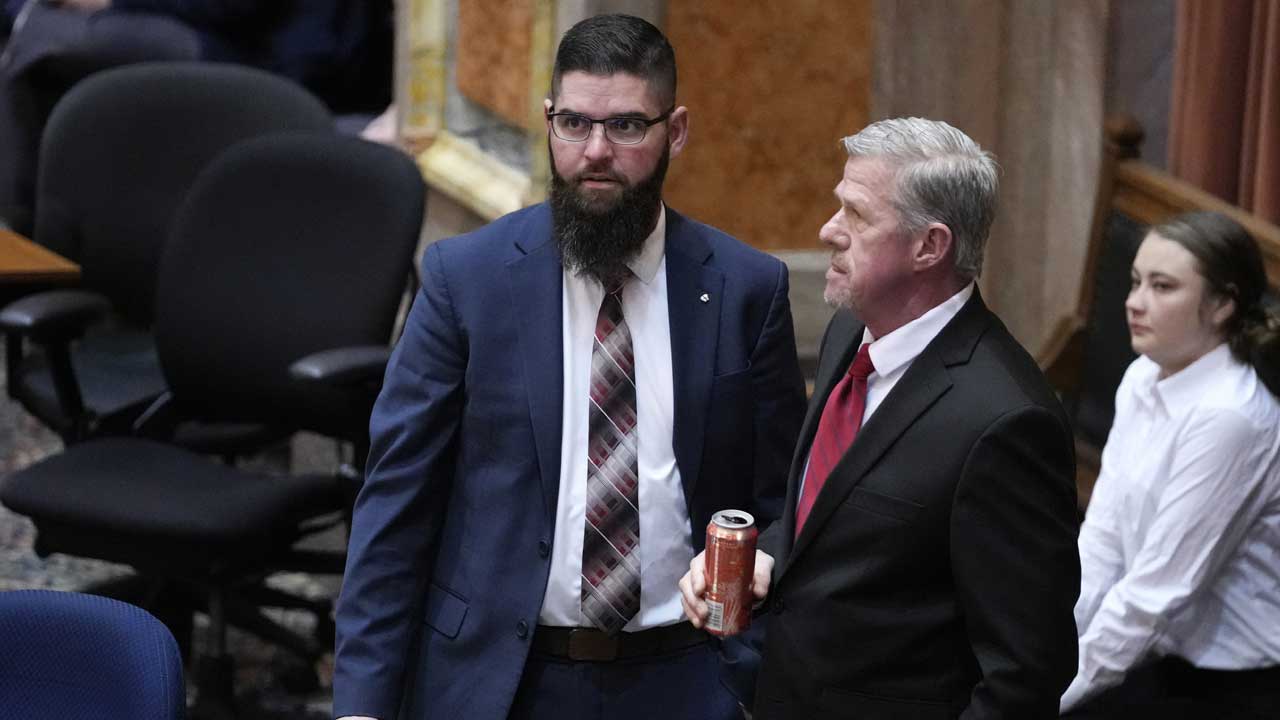 Legislators talk during debate on a bill at the Statehouse in Des Moines, Iowa. (AP Photo/Charlie Neibergall)
Share with friends

Any Iowa student who wants to attend a private school could use public money to pay for tuition or other expenses under a plan approved early Tuesday by the Legislature, making the state the third to pass a measure that allows such spending with few restrictions.

Republicans approved the bill despite objections from Democrats and others who argued the new education savings accounts would lead to reduced funding for public schools. Republican Gov. Kim Reynolds, who made the private school funding measure one of her top priorities after failing to pass similar but less expansive proposals twice before, said she would sign the bill later Tuesday.

“For the first time, we will fund students instead of a system, a decisive step in ensuring that every child in Iowa can receive the best education possible,” Reynolds said in a statement. “Parents, not the government, can now choose the education setting best suited to their child regardless of their income or zip code.”

The bill passed the state House late Monday and the Senate early Tuesday with only Republican support.

With passage of the bill, Iowa joins West Virginia and Arizona as states that provide taxpayer money to help families pay student tuition and other expenses at private schools with few limits, according to the National Conference of State Legislatures. Other states offer such help, but only to families that meet requirements for income, disabilities or other factors.

Legislatures also are considering similar program in other states, including Florida, Nebraska, Virginia and Utah.

Iowa Republicans, who hold wide majorities in the House and Senate, approved the bill remarkably quickly, with final passage coming in the third week of the legislative session. A nonpartisan analysis by the Legislatives Services Agency estimated the measure would cost $344.9 million annually in its fourth year, after it is fully implemented. The agency noted its assessment came without knowing some details, including the cost of paying a business to oversee the program.

The governor and Republican legislators have argued that they support the state’s public schools but that all families should be able to send their children to private school, not just those wealthy enough to afford the tuition. They note that if students opt for private school, their $7,600 in per-pupil support would follow them to the private institution, but the plan would send $1,200 to the public school districts where the students resides. The public funding also would be available to students already enrolled in private schools, with family income requirements phasing out over three years.

During debate Monday night, Rep. Steven Holt, a Republican from Denison, said Democrats were overstating what the private school funding would mean to public schools.

“If in fact a huge number of students were to leave public schools to attend accredited private schools, then it becomes profoundly clear just how important it was that we gave parents greater choice, since such an exodus would lay bare the realities that these schools were not meeting the needs of our students,” Crawford said.

Democratic legislators and other opponents of the plan countered that Iowa lawmakers have for years provided inadequate support, forcing districts to repeatedly cut their budgets. They said the new plan would worsen that funding problems, especially hurting the state’s largest urban district and some of its smallest rural districts.

They noted that nearly half of Iowa’s 99 counties don’t have a private school and that most of the new funding will go to schools in the state’s largest cities.

“This legislation is a blank check to private schools in Iowa’s biggest, wealthiest cities with no oversight, no accountability. And when it all falls apart, rural schools that close as a result of this legislation cannot just reopen easily,” said Rep. Sami Scheetz, a Democrat from Cedar Rapids.

Kari Mahler, a first grade teacher in East Sac County Community School District in largely rural northwest Iowa, said her biggest concern with the new program is that it provides public money to private schools even though those schools don’t have to accept all students, including those with disabilities.

Coming after some difficult years as teachers tried to navigate the COVID-19 crisis, Mahler said, the plan leaves her feeling discouraged.

“It feels like we’re just getting beaten down again,” she said.

However, for supporters of the plan like Oliver Bardwell, of Waukee, a Des Moines suburb, the key is to give parents more options.

“Parents want a voice, and they want a choice,” Bardwell said at a public hearing last week about the plan. “They want to be heard and they want their children to have the opportunity to an education that aligns with their family’s values.”

Kevin Welner, director of the National Education Policy Center at the University of Colorado Boulder, said regardless of whether public funding of private schools is fair, research shows that on average, students who leave public schools usually don’t benefit. Much of that outcome depends on the quality of a private school, and that can vary dramatically, Welner said in an email.