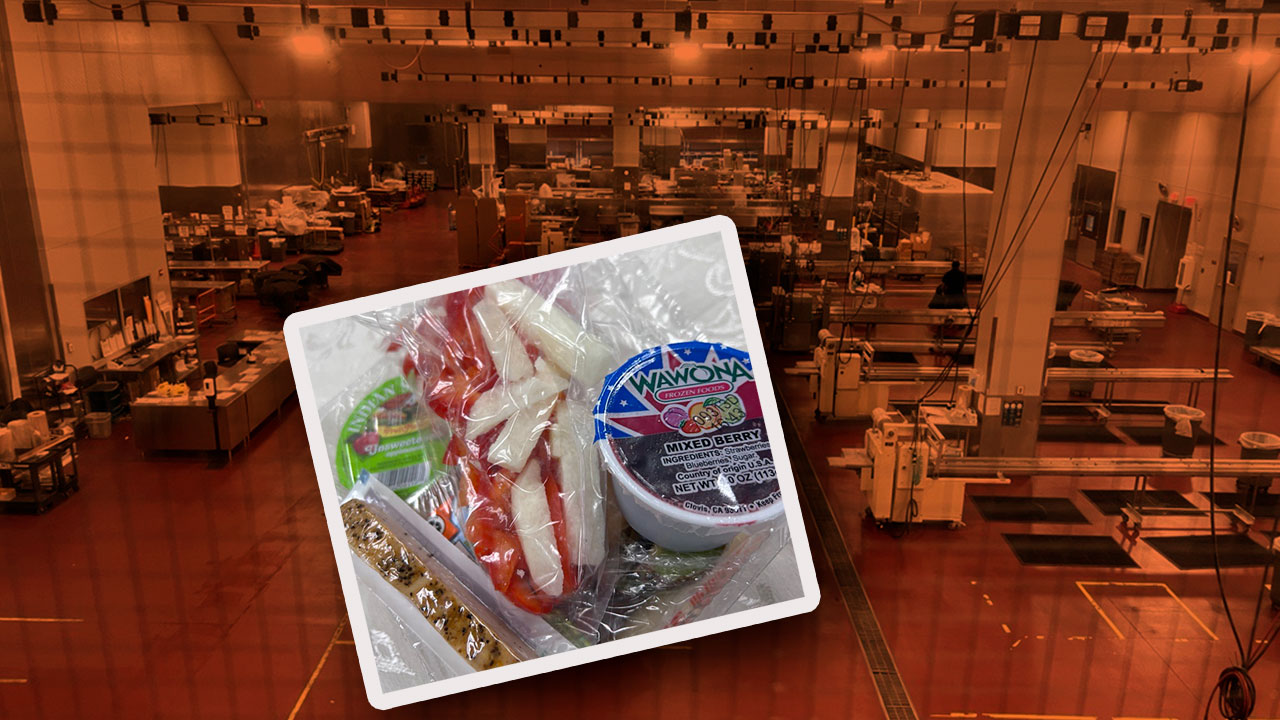 The Fresno Unified Nutrition Services Center is where meals are encased in plastic film, some of which is biodegradable. (GV Wire Composite/Paul Marshall)
Share with friends

The Fresno Unified School Board learned Wednesday about plans to hire new executive chefs to make meals more appetizing for students, ongoing efforts to reduce the amount of food that students toss into trash cans, the adoption of compostable lunch trays that also reduce the waste stream, and the potential to restore some “scratch” (on-site) cooking at schools.

But there was no response when a parent asked why some meals have been frozen or only partly warmed when they are served to students. It’s not the first time the board had heard from parents about frozen, inedible food being served.

Nutrition Services Director Amanda Harvey told School Zone after the two-hour workshop that the answer is: We don’t know why.

“That’s something that we’re working with staff to understand why that’s occurring,” she said. “We’re working on increasing our oversight in staff training to avoid those from occurring.”

Some meals that are prepared at the district’s massive Nutrition Services center on Brawley Avenue are frozen before they are shipped out to schools, where staffers — all of whom have had proper food certification training, Harvey said — are responsible for making sure the meals are properly reheated.

Bring Kitchens Back to School

Parents at Wednesday’s workshop urged the board to consider restoring kitchens at schools so meals can be prepared on site, which they said would reduce the amount of wasted food. That’s unlikely to happen, as the district moved its school meal operations to a central location in 2008 as a cost-cutting measure. But the district is considering a hybrid option, where most meals would still be prepared in the center but some foods could be cooked at school sites in “scratch” kitchens.

One advantage to “scratch” kitchens is that children can smell baking bread or simmering spaghetti sauce, which will stimulate their appetites. Plus, food that is cooked once instead of being cooked, frozen, and reheated tends to taste better.

Right now some schools have only heating equipment like microwaves in their kitchens and would need to be resupplied with kitchen equipment, and more staffing would be needed, said Paul Idsvoog, the district’s chief operations officer, told the trustees.

Another question that went unanswered is how much food is being tossed into garbage cans by students. Board president Veva Islas asked district officials to create a “baseline of our food waste” so the district will have a point of comparison after taking new steps, including hiring executive chefs, that are designed to get students to eat more of their school meals and reject less of them. She said the district could take waste measurements at sample schools to get a rough idea.

Trustee Keshia Thomas suggested creating a school meal oversight committee, similar to the citizens committee that provides oversight of bond measure spending. Islas said that the district’s wellness committee, which has a nutrition component, and school site wellness committees that are still in the works should be able to provide that oversight.

As for the last-minute menu changes that have confounded students and their parents, Harvey explained that supply chain issues are still a problem at times, and the district sometimes learns at the last minute that it will have to substitute one school meal for another.

A Booth of His Own

Fresno State President Saúl Jiménez-Sandoval will be expanding his availability on campus with his very own booth that will nestle among the other booths on the main path to the student library between the Student Union and University Center. Students from the Lyles College of Engineering are building the booth and expect to have it ready for action by early February.

Jiménez-Sandoval’s meet-and-greet schedule in the booth will be published ahead of time, as will the other administrators and staffers who will be boothing it when he’s not around. The goal, said university spokeswoman Lisa Bell, is for the booth to be regularly staffed with campus leaders who can answer questions and talk about students’ and staffs’ concerns, or just say hi.

No word as to whether Jiménez-Sandoval, who is rumored to bake apple pies in his copious free time, will bring samples to share with hungry students. 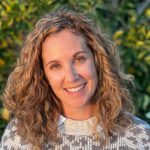 Robin Simmons, a Madera teacher who was one of 12 teachers nationwide selected for Scholastic’s inaugural class of Teacher Fellows. Simmons, a K-5 instructional coach at Chawanakee Unified’s Hillside Elementary, and the other Teacher Fellows will provide expertise and insight for Scholastic’s development of instructional materials and also have a professional development opportunity, including completing a capstone project that will be showcased this summer at Scholastic’s New York City headquarters. She will receive a $2,000 stipend and Scholastic books and materials valued at $500.

Three more alumni of Fresno State’s master of fine arts degree program published their debut books in 2022, joining 19 other alumni who have published their first books in the past seven years. The newest authors are Pilar Christiana Graham (“Currents,” a poetry collection), Aaliyah Green (“The Bones Stay,” a story collection), and Navkeep Singh Dhillon (“Sunny G’s Series of Rash Decisions,” a novel). Extended interviews with many of the program’s published authors can be read as part of the Fresno State Master of Fine Arts blog’s occasional On the Books series.

Fresno sculpture professor Caleb Duarte has been appointed to the California Arts Council, pending confirmation by the California Senate. Duarte, who has worked at Fresno City College since 2018, is a co-founder of EDELO, an experimental art practice of diverse disciplines that was initiated in Chiapas, Mexico in 2010. He earned a master of fine arts degree from the School of the Art Institute of Chicago.