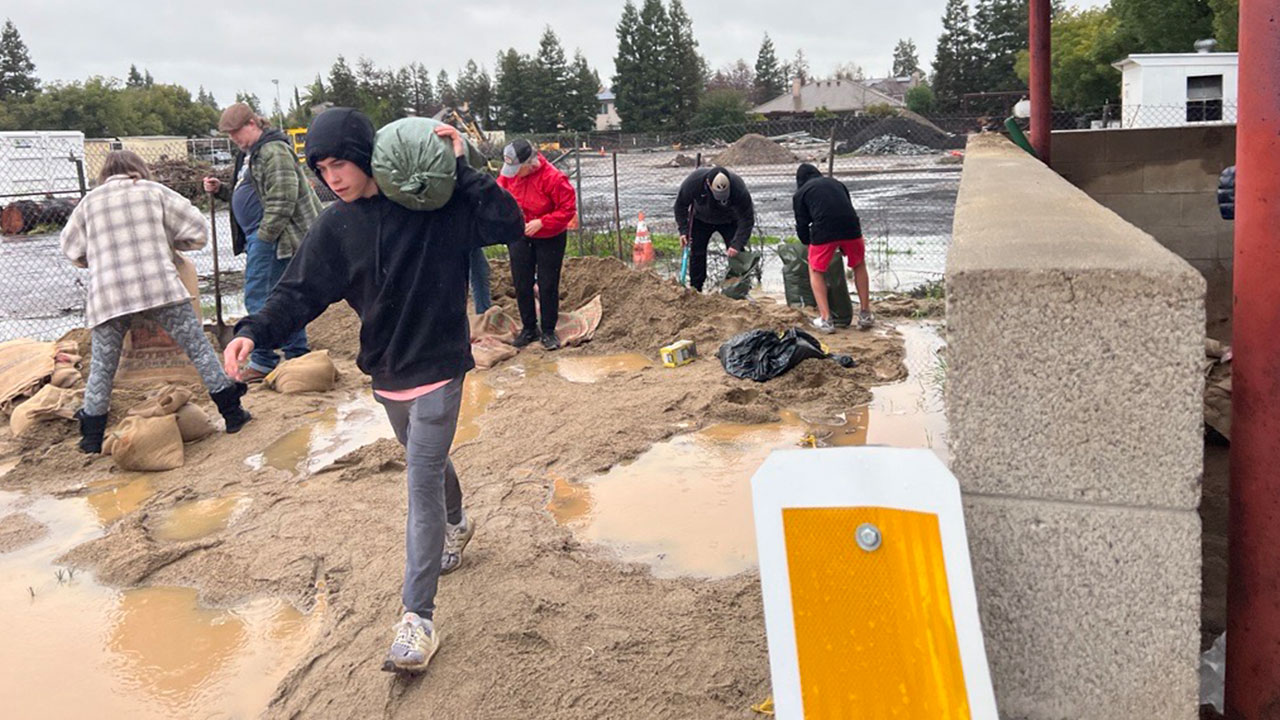 The sand pile at the Fresno County road yard on Matus Avenue was being depleted Monday, Jan. 9, 2023. (GV Wire/Nancy Price)
Share with friends

One of the most popular spots in town on Monday may have been the Fresno County Area 7 Road Yard in northeast Fresno, where a massive pile of sand was being whittled away for residential flood control.

Mitch McGregor, who lives in the Herndon and Cedar avenues neighborhood, said it was his first-ever visit to the Matus Avenue site. But the rising waters in his backyard convinced him to head over to the road yard in search of sand and sandbags.

McGregor said he doesn’t begrudge Mother Nature’s bounty. “We needed it,” he said. “We’ve been praying for it.” 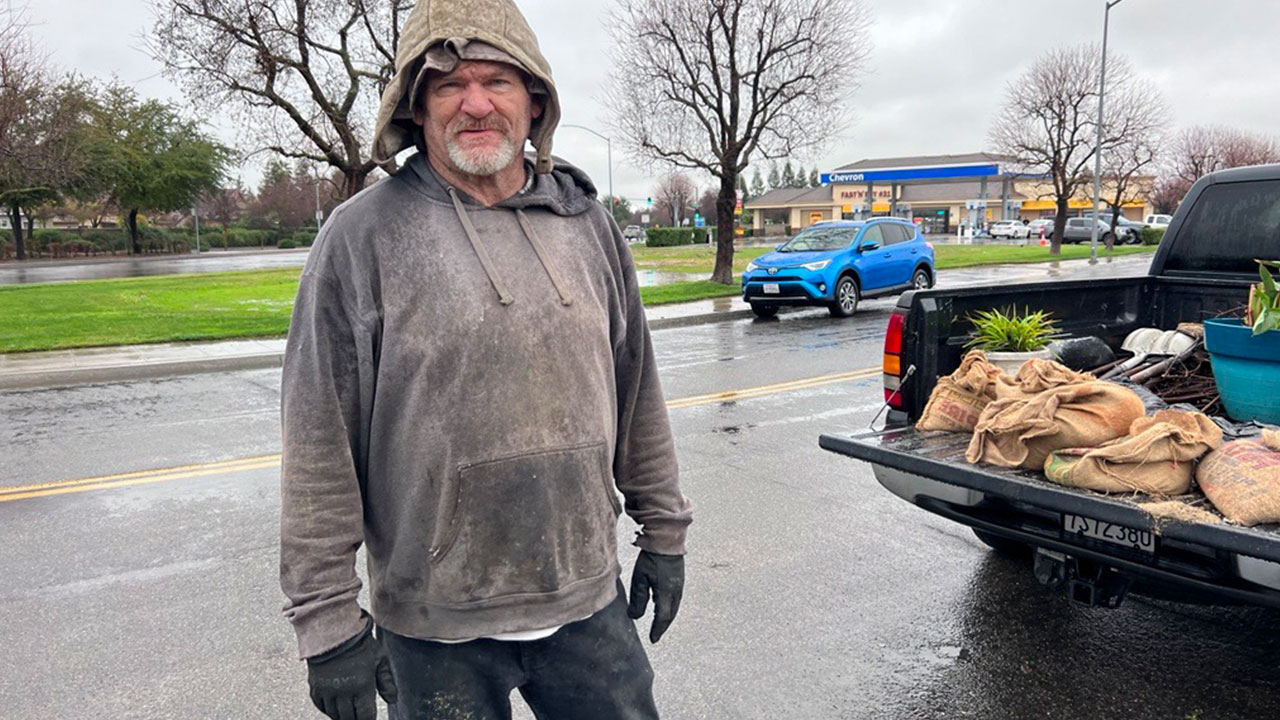 Mitch McGregor was filling sandbags because the backyard of his northeast Fresno home was flooding. (GV Wire/Nancy Price)

Liliana Sanchez also was scraping at the bottom of the sandpile on Monday as she filled sandbags for a rental home in east Fresno that she said was already flooding because of Monday’s rainfall, which comes on top of a series of severe winter rainstorms that have taken aim at California.

Like McGregor, Sanchez said she was grateful that the state is finally getting much-needed rainfall after several years of drought. She said she hasn’t had to deal with flooding until now — she bought the property two years ago, when the state was dry and parched.

James Sweeten, who lives in northeast Fresno not far from the road yard, showed up with a shovel as well as a handcart to haul the heavy bags back to his vehicle. He was among the residents who had to park on the curb down the street and haul their filled sandbags to their vehicles.

Has he ever had to fill sandbags before? “Yeah, the day before the first storm came. They’re still there, but the rainwater is getting higher and higher,” he said.

The county public works department is responsible for the Matus Avenue road yard sandpile, which was more than 7 feet high a week ago. County spokeswoman Sonja Dosti said she was checking with public works officials to find out when more sand might be delivered.

The Matus Avenue road yard is the only one depleted so far, she said.

Dosti said later Monday that more sand was on the way.

The county also provides sand and sandbags at the following sites:

Search Called off for Boy Swept Away by California Flooding