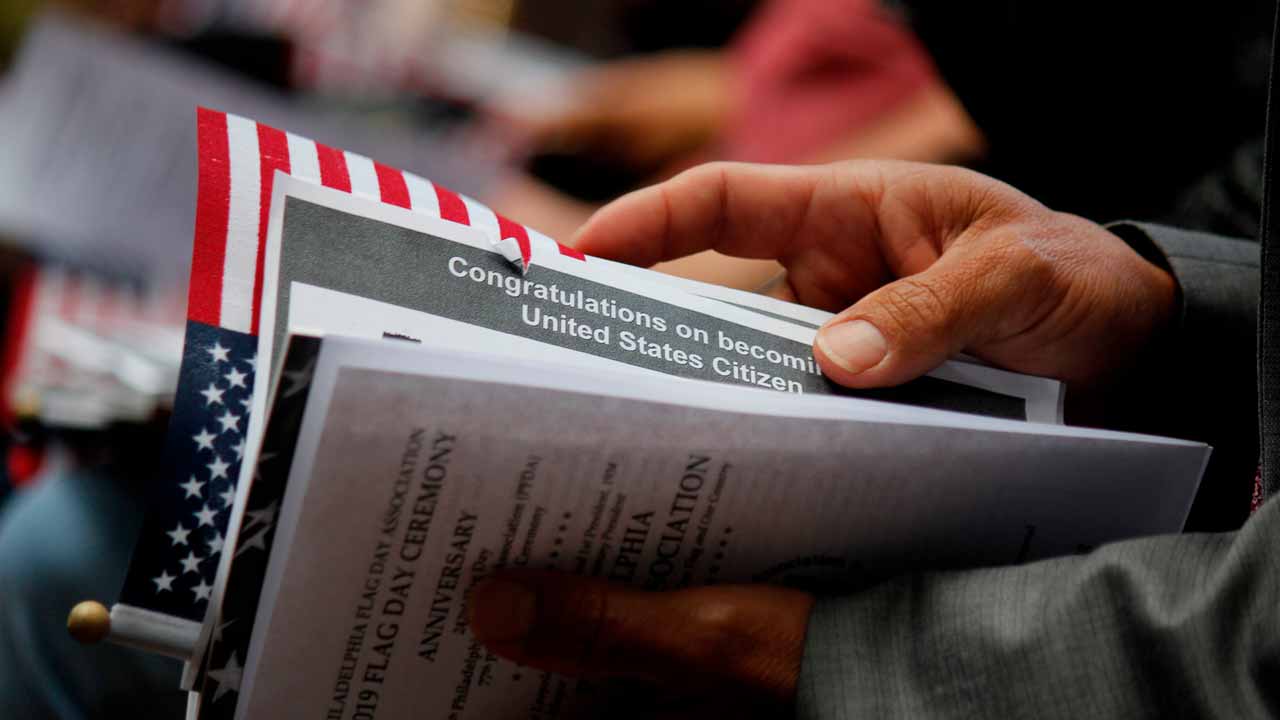 A group of 40 young people will be honored this weekend at a U.S. citizenship ceremony held at the Fresno Art Museum. (Shutterstock)
Share with friends

The road to U.S. citizenship for many immigrants is often difficult to navigate and, for some, impossible.

From learning a second language to saving enough to apply for naturalization, immigrant parents have to jump through several hoops if they want U.S. citizenship status for themselves and their children.

But on Sunday, a group of 40 young people ages 10 to 21 years old will be honored as U.S. citizens in a special ceremony at the Fresno Art Museum.

Sharon Rummery, public affairs officer for the U.S. Immigration Office in Fresno says many children of immigrants who acquire U.S. citizenship status from their parents don’t usually receive any certification of their own or participate in naturalization ceremonies.

This weekend’s ceremony will be part of recognizing their naturalization process even though they don’t actually have to file or take a test like their parents have to.

“When a parent gets naturalized, they get a certificate, but they don’t get the extra certificate so they can hand out to their children,” said Rummery. “So then parents apply for them to get a citizenship certificate.”

Engle, has published a book titled “Light for All” that celebrates immigration and the American dream. Engle’s book illustrations are being showcased at the museum.

Rummery says naturalization ceremonies are often held at museums, schools, libraries and other notable locations to celebrate the conclusion of an immigrant’s journey to citizenship.

She adds that ceremonies held at special venues like the Fresno Art Museum can make the events meaningful for those who have chosen to participate in the process of American democracy.

Who Will be Recognized at the Ceremony?