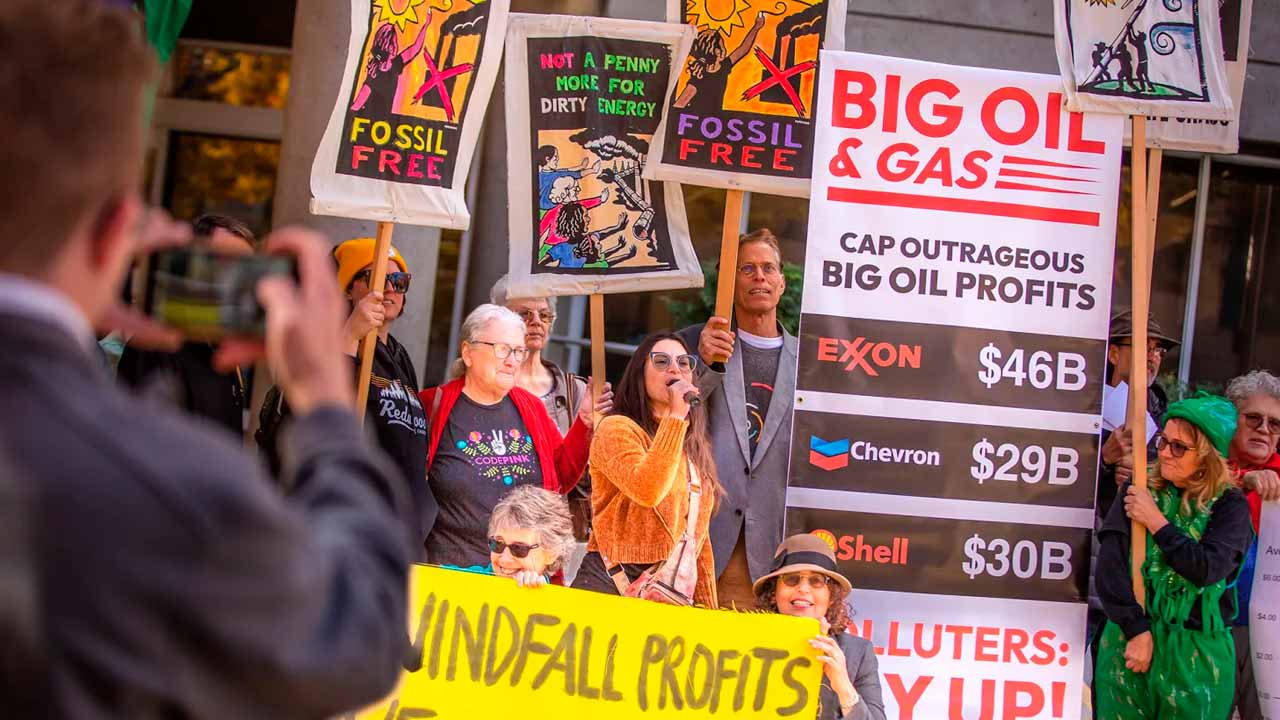 When Gov. Gavin Newsom launched his crusade against what he called blatant price-gouging on gasoline by oil refiners, he called for taxes on excess profits.

At the time, gas prices had soared to more than $6 a gallon in some locales, a couple of dollars higher than those in other states, and Californians’ pain at the pump symbolized the soaring inflation that was ravaging household budgets.

However, when Newsom finally outlined his proposal this week, the tax approach had been abandoned and instead, he said he wants petroleum companies to be docked civil penalties by the state Energy Commission if they exceed designated profit margins.

“California’s price gouging penalty is simple — either Big Oil reins in the profits and prices, or they’ll pay a penalty,” Newsom said in a statement. “Big Oil has been lying and gouging Californians to line their own pockets long enough. I look forward to the work ahead with our partners in the Legislature to get this done.”

Later, he told reporters, “I believe in free enterprise, I just don’t believe in greed. These guys have been gaming the system for decades. They’ve been taking advantage of you for decades. And it’s got to end.”

Why the change from taxes to civil penalties?

It has to do with the state constitution, which requires any tax to be passed by two-thirds majorities in both houses of the Legislature. Newsom is betting that the civil penalties that he proposes would be exempt from that requirement and thus need only simple legislative vote majorities to become law.

In other words, he’s not certain that despite overwhelming Democratic legislative majorities he could muster a two-thirds vote for a profits tax, due to a general reluctance among politicians to impose new taxes and the oil industry’s vigorous courting of support, aided by its influential unions.

The industry had already signaled that it would vigorously oppose a profits tax by characterizing it as something that would raise pump prices even higher. But what about civil penalties?

The industry immediately characterized them as taxes in sheep’s clothing.

“A fee imposed on the industry as a commodity going to the government, that is going to look and act like a tax,” Kevin Slagle, spokesperson for the Western States Petroleum Association, said. “We know windfall taxes have been tried nationally and don’t work. What we need to do is focus on better public policy.”

So we know how the political battleground is being staked out, but what’s the underlying legal situation?

When Newsom’s proposal was formally introduced as Senate Bill 2X on Monday, the Legislature’s legal counsel marked it as a non-tax measure requiring only simple majority votes. Ultimately, however, whether the proposed civil penalties qualify for that designation depends on the interpretation of an exemption allowed in the constitution’s Article XIII A, Section 3.

It says, “A fine, penalty, or other monetary charge imposed by the judicial branch of government or the state, as a result of a violation of law” is not a tax. In other words, Newsom would put gasoline profit penalties in the same exempt category as traffic tickets for speeding.

We don’t know as yet what Newsom’s legislation would set as a profit speed limit or what the penalties would be for exceeding it. SB 2X leaves those numbers blank, to be filled in later as the measure makes its way through the legislative process next year.

Were it to become law, however, we would most likely see a prolonged legal battle over whether, indeed, excess profit penalties are not taxes.