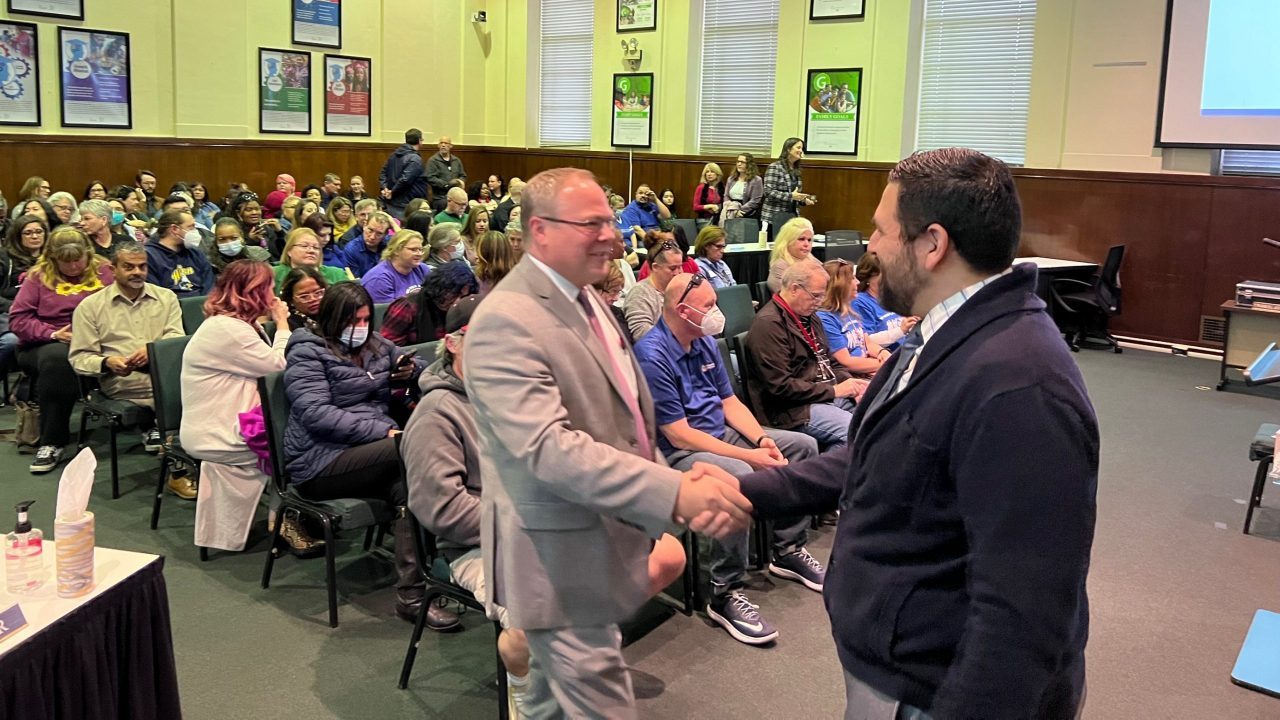 “Expanding the failing aspects of the status quo is not acceptable,” union president Manuel Bonilla, the first of more than a dozen speakers, told trustees Valerie Davis, Claudia Cazares, Terry Slatic,  Andy Levin, and Keshia Thomas, who is out of town and attended the meeting remotely. Board President Elizabeth Jonasson Rosas had not yet arrived, and board Clerk Veva Islas is ill, district spokeswoman Nikki Henry said.

The FTA members spoke to the board prior to the start of the closed-session portion of the board meeting, which included a discussion of the district’s contract talks with FTA and other bargaining units.

Although the teachers referenced the district’s proposal that was provided to them in November, there has not been a formal proposal, Henry told GV Wire.

District, Teachers Not on Same Page

Based on comments by teachers Wednesday, some of those interests apparently include evaluating teachers by their students’ performance, adding minutes to the school day, and changing how teachers are transferred between schools.

Shelli Foust, a teacher at Fort Miller Middle School, noted that the district’s highest-performing students wind up at Cooper Middle or Computech. Many of her students come to school “hungry and tired” and not always ready to learn.

“To tie their test score to our performance is just wrong,” Foust said. “You want to evaluate my performance? Come to my classroom,” she said as the assembled teachers applauded.

Jose Sandoval, a Fresno High teacher who also is a parent, said campus safety is a huge priority for teachers, but “I don’t see campus safety in the proposal,” he said. The district’s proposals “reek of the previous superintendent (Michael Hanson).”

Sunnyside High teacher Jon Bath said Fresno Unified needs to work from the inside out instead of from the top down. He said the district needs to do a better job of figuring out which initiatives lead to improved student performance, and which do not, and to stop funding the ones that are not producing the desired results.

The district and teachers union have butted heads during contract negotiations in prior years, although the current contract was signed well ahead of the prior contract’s expiration in 2019. The year before the union had been near the brink of calling a strike, but it was averted when the two sides reached common ground.