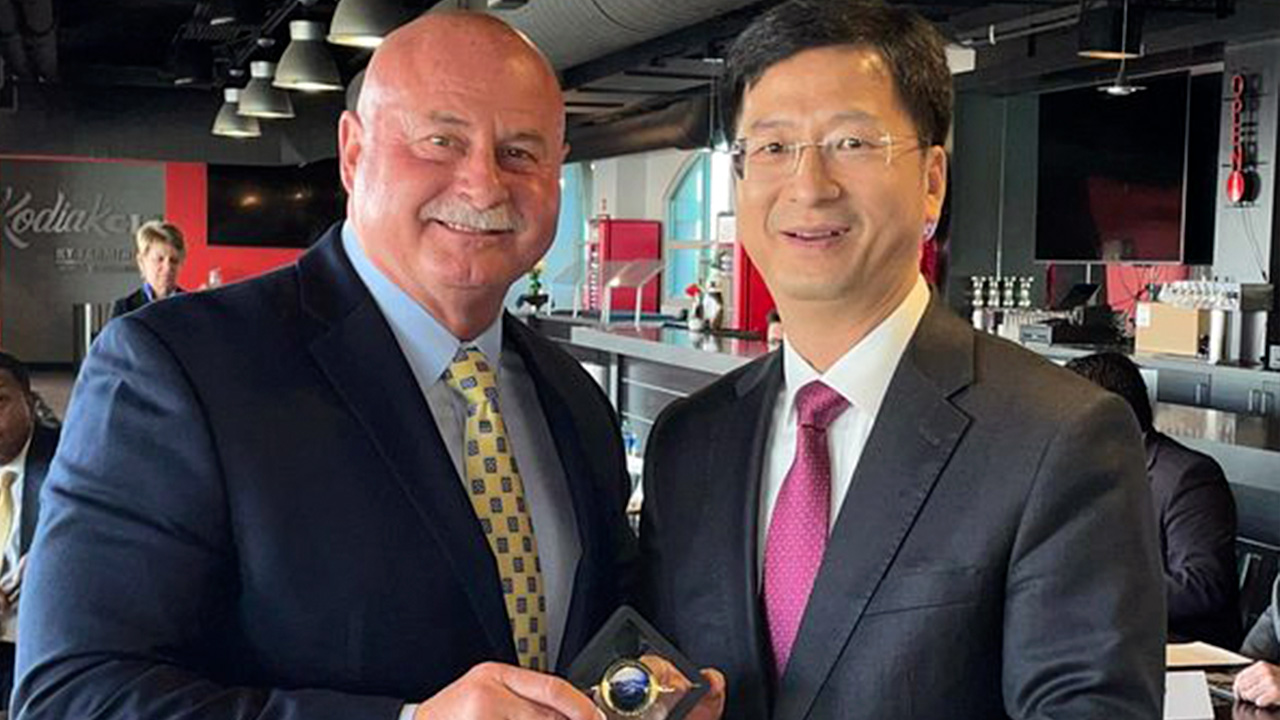 A group of Fresno elected and business leaders met with a Chinese delegation Monday to discuss trade. But not everyone was happy about the local-level diplomacy.

The topic, at the Kodiak Club within Chukchansi Park, was trade, Fresno County Economic Development Corporation president and CEO Lee Ann Eager said. She organized the event after the San Francisco-based consulate-general office reached out to her.

Councilman Miguel Arias declined an invitation to the meeting, criticizing the event.

“Today I declined the invitation to meet with the #China delegation seeking to do business in our city. The recent #ChinaProtests are the latest example of a communist country placing more value on business interest than human rights. @CityofFresno is better than that,” Arias tweeted.

China has violently cracked down on protests of groups saying the Communist government have taken COVID restrictions too far. The “zero-COVID” strategy has confined millions of people to their homes for months at a time, the AP reports. 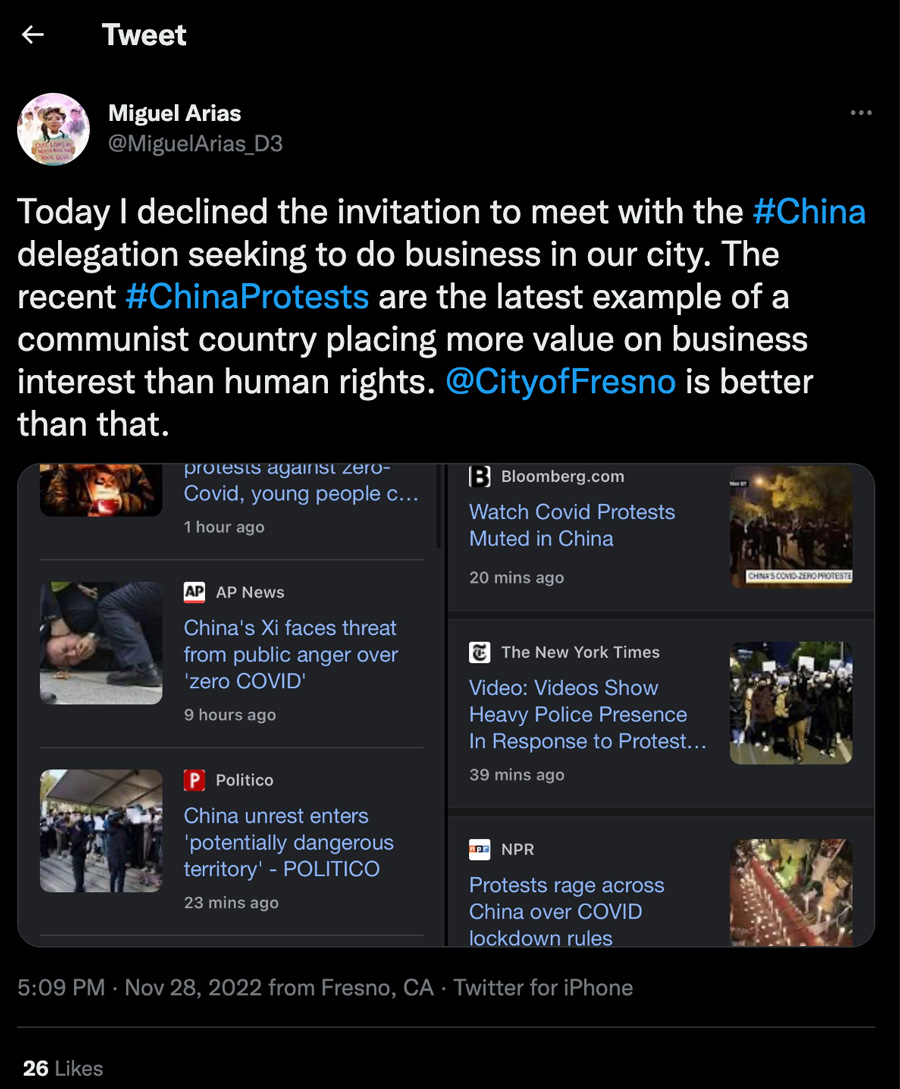 “It is unfortunate that some wish to politicize this meeting,” Karbassi, the City Council’s representative to the EDC board said.

“How would we feel if world governments cut ties with the U.S. after the Jan. 6th Capitol insurrection? President Biden just made a big step toward thawing the ice with China at the G20 summit in Bali. Local governments can do their part to support peaceful diplomatic communications. It’s when we don’t talk to each other that wars are started, military, cyber, and economic,” Karbassi said.

Eager said that the issue of China’s human rights record never came up during the meeting.

“This was a meet and greet on, really, about trade with China and what that might look like in the future,” Eager said. “(Arias) certainly has a right to his opinion.”

Brandau: Not the Right Setting

Brandau’s role at the meeting was to provide a brief welcome, discussing the county’s role in the region especially agriculture.

“We talked about all of the commodities and the desire for San Joaquin Valley to get their commodities out to China and the rest of the world,” Brandau said. He also provided county pins for the Chinese delegation.

Brandau has been critical of China in the past, especially over COVID policy. But he said brining it up at the meeting was “not the right setting.”

“I don’t get the luxury of just speaking with people I agree with all the time. If China and the United States are going to be able to live peacefully with each other, we’re going to have to have more conversation like we had yesterday rather than fewer,” Brandau said.

He said he is willing to bring the issue up at any future meeting.