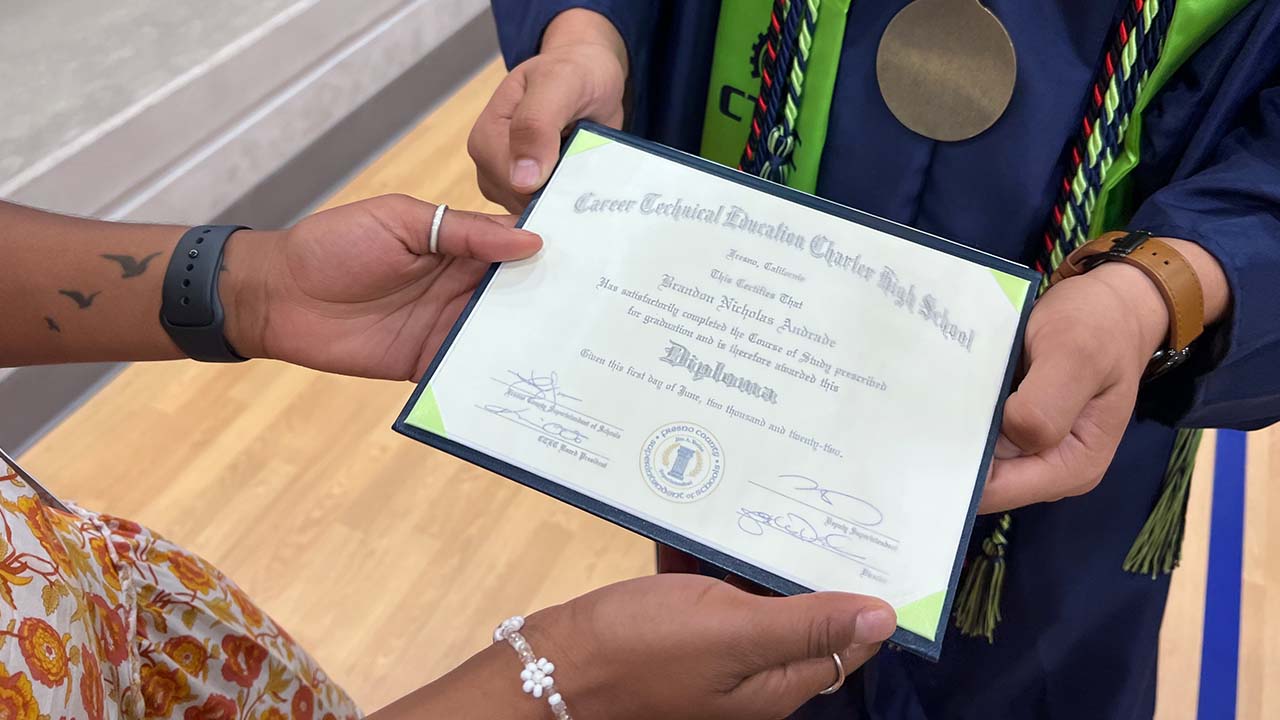 Most of the political debate in California over public education centers on money — particularly the annual exercise of determining how many billions of dollars the state will send to local school systems.

Occasionally, the debate shifts to actual education issues — such as whether universal pre-kindergarten programs could have a positive effect on the shamelessly low scores of the state’s elementary students on national academic achievement tests.

California’s public high schools only rarely draw political attention, despite the simple but important fact that they represent the end game of K-12 education. How well students do in high school is a major factor in whether they become successful adults, in both economic and personal terms.

Moreover, while instructional uniformity makes sense in elementary and perhaps even middle schools, as students go through what amounts to basic training, it makes little sense in high school, whose students have wide varieties of interests, aptitudes, and ambitions.

Ideally, high school students should have access to individually tailored curricula that adapt to their varied attributes and thus best prepare them for the equally varied paths they are likely to pursue upon graduation — if, of course, they do graduate.

However, such individualized education is difficult and often expensive to provide, so local schools tend to adopt more or less uniform curricula, often pegged to the assumption that every graduate will go off to college.

The one-size-fits-all approach leaves many students foundering — especially those who by choice or aptitude don’t plan to pursue college degrees, but rather enter the workforce.

One result is that California faces chronic shortages of workers vital to a functioning society and economy, such as construction workers, plumbers, medical care poviders, technicians to maintain our ever-more-complex household machines, and mechanics who can fathom the digital spaghetti beneath the hoods of our cars.

For decades, California high schools, and even middle schools, offered wide varieties of classes in what was called “vocational education,” but they eroded as education officials adopted the fiction that every kid should go to college.

Lately, there’s been a semi-renaissance in what’s now called “career technical education” or CTE, but its availability is spotty. Some local systems embrace it with impressive results. Each year the state fair includes an exhibit of the truly astonishing projects that CTE students produce. However, other school districts continue the college-for-all fantasy, which inevitably encourages some students to drop out of high school.

Overhauling California’s high schools to make them more supportive of students’ individuality should be urgent business, but reform runs into a wall of institutional inertia.

The Thomas B. Fordham Institute, an Ohio-based organization that promotes educational reform, is sponsoring an interesting project to encourage high school reform, what it calls a “wonkathon” that invites educators and members of the public to propose ways in which the barriers to high school change can be overcome.

Fordham cites American high schools “widespread student disengagement, their lackluster outcomes in terms of post-secondary success, and their poor track record of preparing students to participate effectively in our democracy.”

Fordham is somewhat controversial because it espouses conservative education causes, such as charter schools and the “common core” curriculum that California and a number of other states have adopted.

That said, anything that brings more attention to improving how high schools treat their students is welcome. California needs young people who leave high school encouraged and prepared to make the most of their ambitions and innate talents, whether it’s a blue-collar trade or a degree in rocket science.

A state that brags about its diversity shouldn’t strap its teenagers into educational straitjackets.