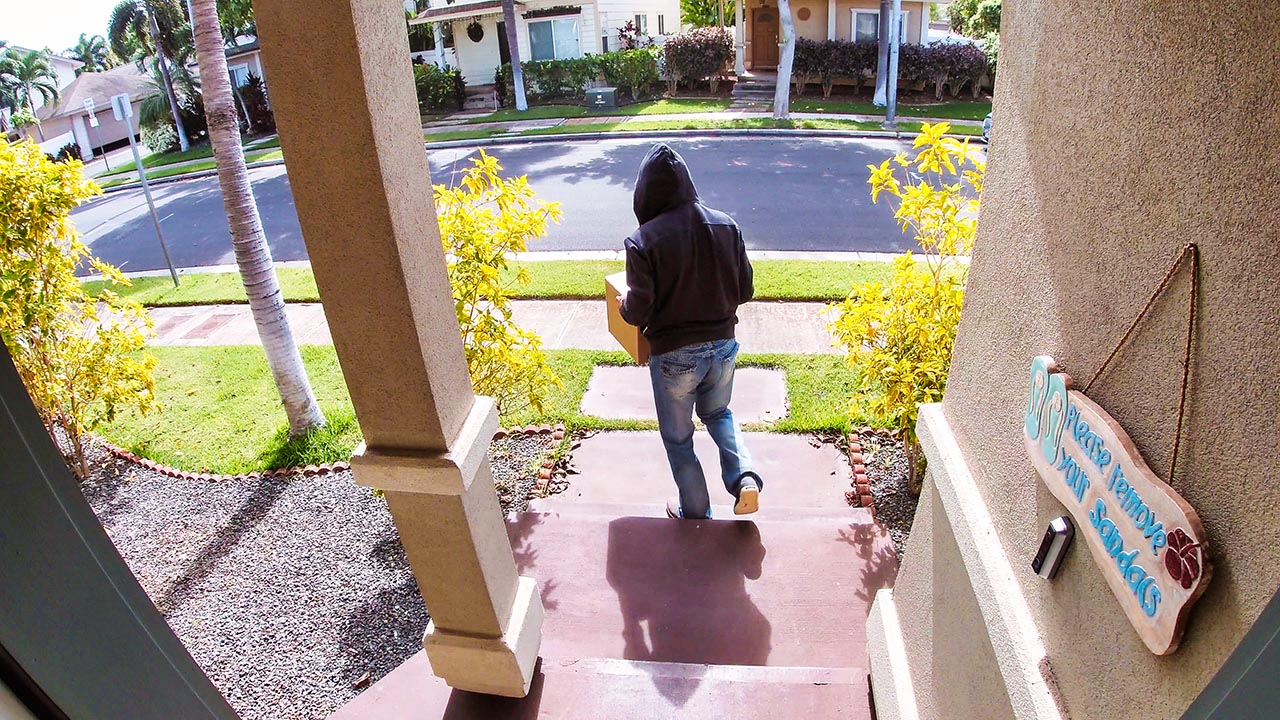 Package thief caught on video doorbell system stealing a box delivery from the front step of a home.
Share with friends

The SafeWise security website is reporting that around 260 million packages disappeared from porches across America over the last 12 months, according to its latest survey of 1,000 Americans.

That’s 50 million more than were stolen the prior year, affecting eight out of every 10 Americans in the past 12 months alone, SafeWise said in its fifth annual Package Theft in America report.

SafeWise said an estimated $19.5 billion — yes, that’s billion with a B — of goods are pilfered annually.

And those thefts are occurring even at houses where homeowners have installed video cameras and other security systems.

Which cities are more vulnerable to porch pirates? Out of the top 10, four are in California. San Francisco tops the list, followed by Sacramento at No. 5, Los Angeles at No. 6, and yes, you guessed it, Fresno at No. 8.

Whereas California seemed cursed by porch pirates, Florida seems to be doing the best job of fending them off. Three of the top four cities nationally with the lowest rates of package thefts were in Florida: Miami at No. 1, Tampa at No. 2, and Orlando at No. 4.

SafeWise said its analysis was computed using FBI larceny theft data that was compared to Google Trends data in areas with the highest number of searches for “missing package” and “stolen package.”

So now that the holidays approaching, and with the holidays come a big increase in package deliveries, what’s a consumer to do?

Here are some tips to make sure that Aunt Mildred’s homemade fruitcake isn’t swiped off your porch (although some people might say good riddance):