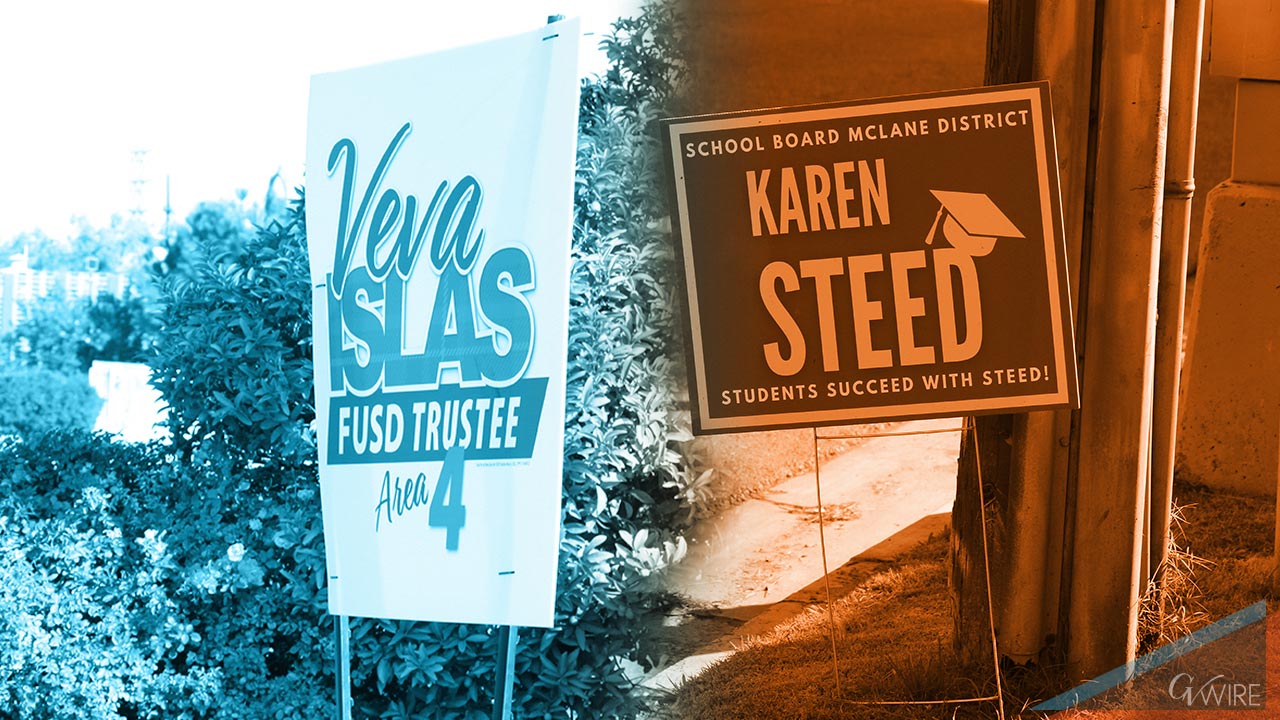 Islas was clinging to a 25-vote lead Tuesday night but expanded her margin to 141 votes by Thursday’s count.

According to the vote returns released Thursday evening by the Fresno County Elections Office, Islas, who is seeking her second term on the School Board, has 43.4%, Steed has 40.4%, and chemist Michelle Scire has 15.3%.

Both Steed and Scire cast themselves as conservative alternatives to Islas, who is known for her progressive views.

Islas did not respond to a request for comment Thursday.

Steed said Thursday that if the margin remains close and Islas holds her lead, she’ll likely ask for a recount. “We all know mistakes are made” in counting, Steed said. “Stuff happens all the time.”

Steed, whose campaign spending was less than a twentieth of Islas’ campaign, said she might not have had the benefit of an incumbent’s name recognition. But as a longtime Fresno Unified teacher — Steed taught 15 years at Burney Elementary, where she taught many McLane area children who are now themselves parents of McLane area students — she was well-known by many families.

While canvassing the area and talking to voters, Steed said the common theme for many residents was that it was time for a change. “I think the board has been so focused on things that are not in the best interest of kids and the community,” she said.

And Steed thinks that she might have easily overtaken Islas if voters had cast ballots for her instead of Scire.

“But I also recognize people like to have choices,” she said. “She (Scire) brought something different to the race.”

Measure E Still on Losing Side

Meanwhile, Measure E, the two-tenths of a cent sales tax to benefit Fresno State, is still losing by 53.8% no votes to 46.51% yes votes. Because it was put on the ballot by petition, it requires only a simple majority to pass. Thursday’s vote report narrowed the gap between no and yes votes, but the margin is about 10,000 votes.

Measure E spokesman Tim Orman has not responded to multiple requests for comment.

Measure C is an extension of the half-cent sales tax for county transportation projects. Even if it loses in Tuesday’s election, the tax will continue until 2027. Voters in future elections could still decide to extend it again.

Measure M is an eighth of a cent sales tax proposal to fund veterans services in the city of Fresno.

The Elections Office had 61,000 mail ballots, conditional registrations and provisional ballots to process starting Wednesday, plus any mail ballots that may yet arrive and that are postmarked Tuesday. Fresno County Clerk James Kus said Thursday morning that he was hoping to process and count at least half of the outstanding ballots by Thursday, with the remainder to be counted next week. Friday is Veterans Day, and county offices are closed.

How Did Qatar Land the World Cup? Start With $1B in Bribes