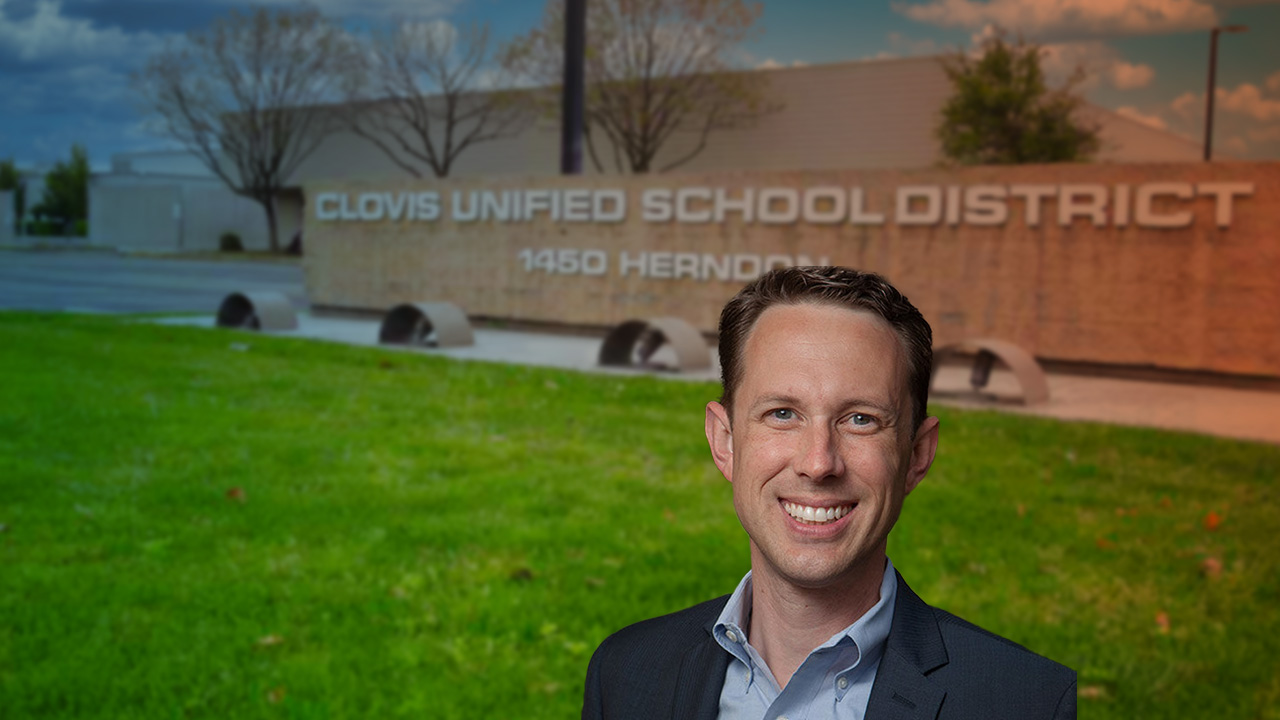 Clint Olivier was ahead of three other candidates for the Clovis Unified School Board Area 1 seat in Tuesday's earliest reported vote returns. (GV Wire/Paul Marshall)
Share with friends

Olivier is one of four candidates vying for election to the Area 1 seat, which is entirely within the city of Fresno in the northwest part of the district. The other candidates are marketing consultant Samantha Bauer, businessman Chuck Der Manouel, and Realtor Joanne Burton.

The Fresno County Elections Office’s release of updated vote totals at 10:42 p.m. Tuesday with 100% of precincts reporting showed Olivier expanding his lead to 38.2%, Bauer dropping to 32.1%, Der Manouel gaining slightly to 24.5%, and Burton holding steady at 4.7%. Some mail in ballots and provisional votes remain to be counted.

There was no incumbent in the Area 1 race after former Trustee Susan Hatmaker resigned in January because she had relocated.

Olivier credits his name recognition as a former City Council member undoubtedly helped in his campaign.

“I feel like my neighbors know me and trust me, and have enough faith in me to do a good job, just like I did with the Fresno City Council for so many years,” he said.

Olivier said he was optimistic that his early lead would hold up, as the first votes counted were from weeks ago when Bauer’s campaign was intensified, whereas his campaign ramped up closer to Election Day. 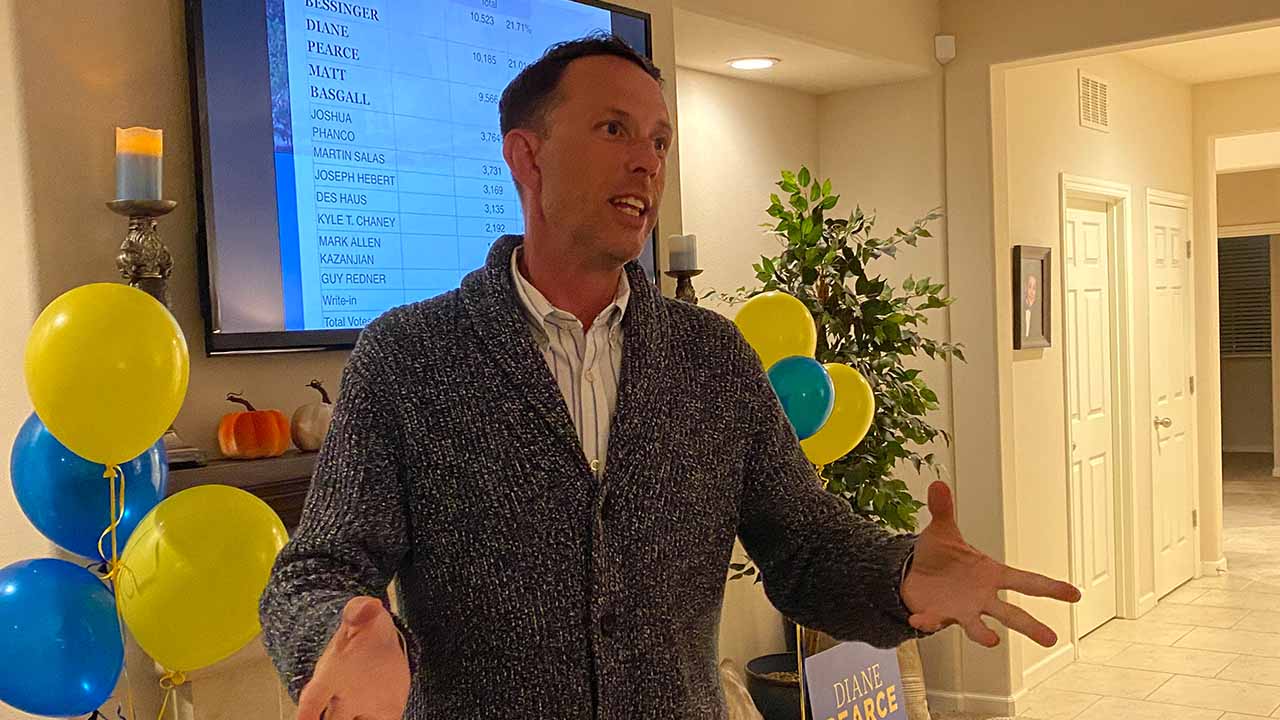 In the Area 6 race, there also was no incumbent after longtime Trustee Betsy Sandoval announced her retirement at the end of her current term. Combs-Flores and retired business owner Bill Whitmore were the two candidates. Combs-Flores remained ahead in the second round of vote returns but her lead had diminished to 59.6%, while Whitmore’s votes had edged up slightly to 39.8%. Area 6 is in the southwest portion of the district and borders the city of Fresno.

Incumbent Trustee Tiffany Stoker Madsen faced no opposition in her bid for re-election to her Area 3 seat, representing the central part of the district.

Although Clovis Unified trustees represent one of seven areas, they are elected at large by all district voters and not just those living in their area.