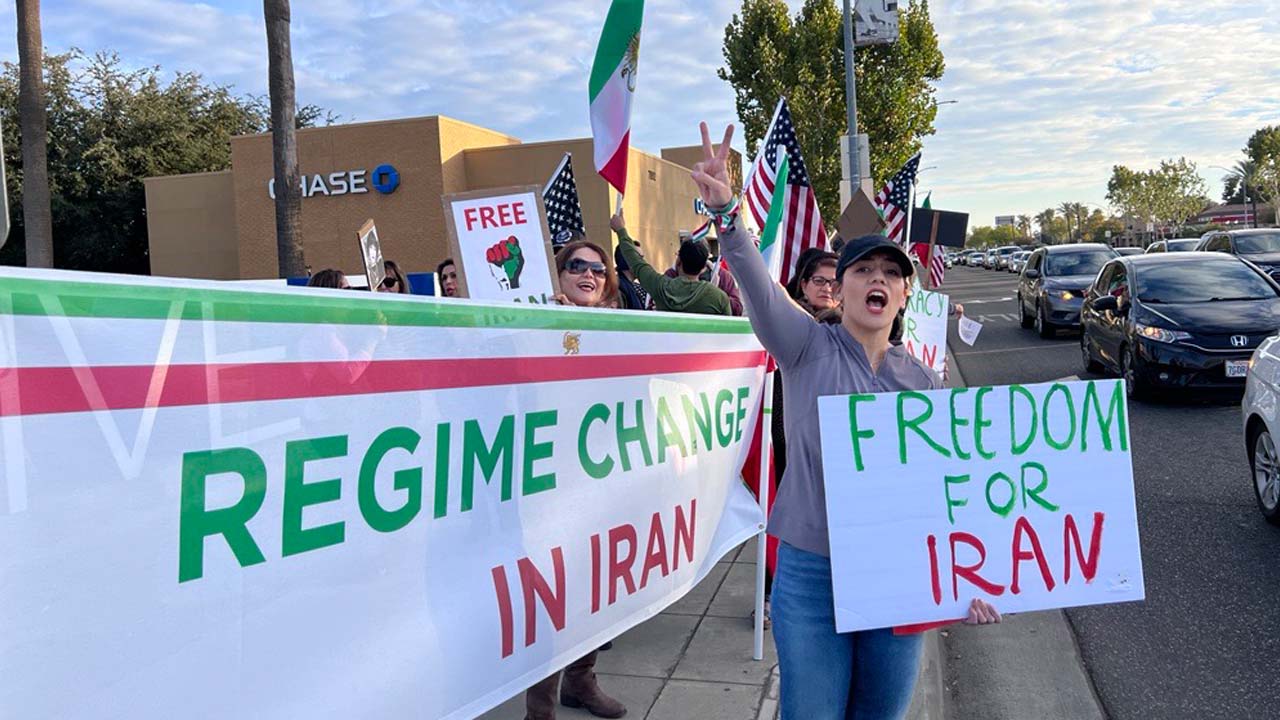 It’s been 50 days since a 22-year-old Iranian woman died after she was taken into custody when authorities said she was wearing a hijab incorrectly, and the protests of her death and of Iran’s Islamist government are still continuing in north Fresno.

About 100 men, women, and children gathered Saturday afternoon to march along the sidewalks of Blackstone and Nees avenues, shouting “Justice for Mahsa” and “Democracy for Iran” and carrying placards and Iranian and U.S. flags.

Dorie Madani, 68, has been joining in the protests organized by the Iranian American Alliance of Fresno since the beginning. She said Saturday she intends to continue lending her voice.

Madani, who left her homeland after the Revolutionary Guards took over the country in 1979, said she is heartbroken to see the videos and photos of people — and especially those of young children — who have been injured or killed in the waves of protests that have swept Iran since Amini’s death. 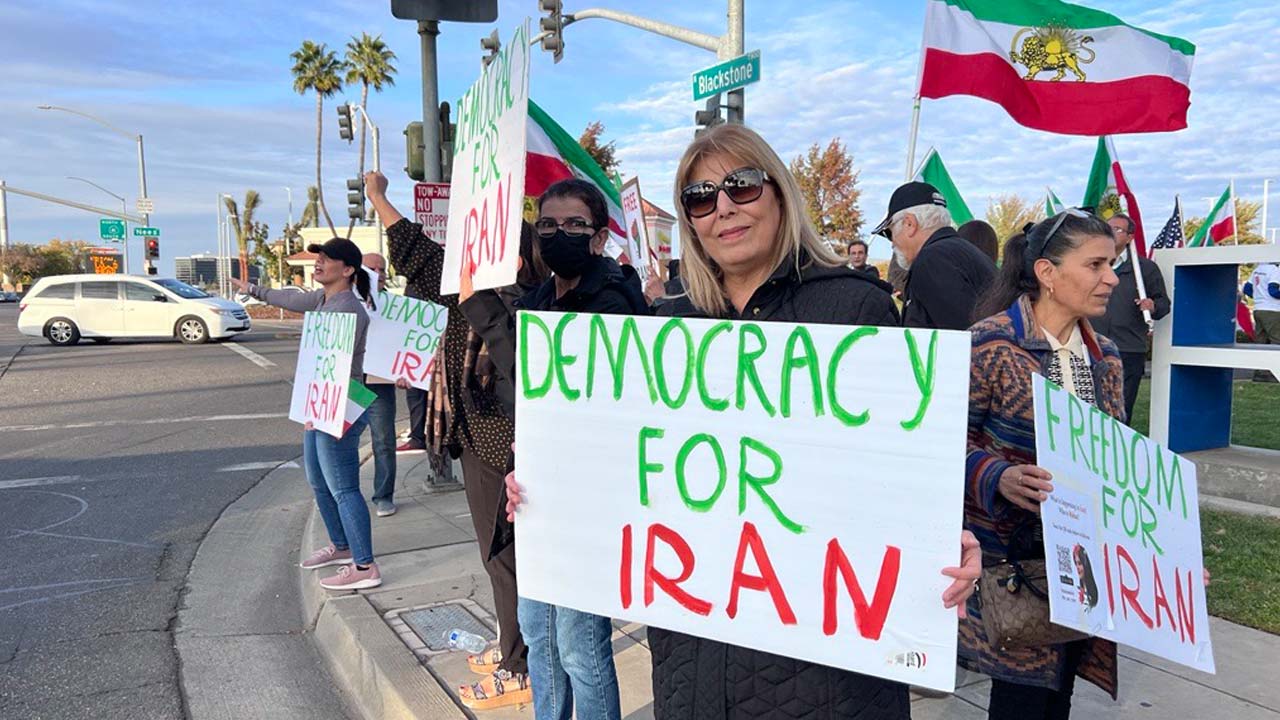 The government said Amini had a heart attack after she was taken into custody by the so-called “morality police” and later died in a hospital, but her family maintains Amini was a healthy young woman, and eyewitnesses who were detained with Amini reported she was severely beaten by police.

Madani said she hopes the ongoing protests at River Park and around the world will spur western leaders into pressuring for a regime change for Iran’s fascist government.

“We are coming (to protest) as long as we can, as long as people in Iran are rising, we are going to be behind them and send their voice to whoever are not hearing,” she said. “And they have to unplug their ear to hear what’s happened.”

Protest organizer Dr. Mehdi Ghajar said that what began as a protest over a young woman’s death has unleashed a firestorm of opposition to a government that is more concerned about keeping political power at all costs than in the welfare of its people.

“So they’re trying to turn Iran into a North Korea, make it a big prison where people have no Internet access, there are no international travel, etc.,” he said. “But it’s just not the nature of Iran, you know, it’s 80 million people with a history of being in the middle of the world, being a crossroads of the world. Having been a U.S. ally for 50 years, so you can’t turn Iran into North Korea, but they’re trying extremely hard.”

The Iranian government is trying to control the information leaking out to the world about the ongoing protests, so those Iranians who are transmitting videos showing the violent response by the government are risking their lives if they are caught, he said.

Meanwhile, Ghajar said, a petition drive is under way to rename the street in Washington, D.C., where the Iranian Interests Section of the Islamic Republic of Iran is located in the Pakistani Embassy. The U.S. and Iran severed direct ties after the Iranian Revolution 43 years ago.

Iranian Americans are asking the mayor of Washington to support renaming the street after Mahsa Amini, so that mail coming to the Iranian Interests Section would have to bear Amini’s name, he said. 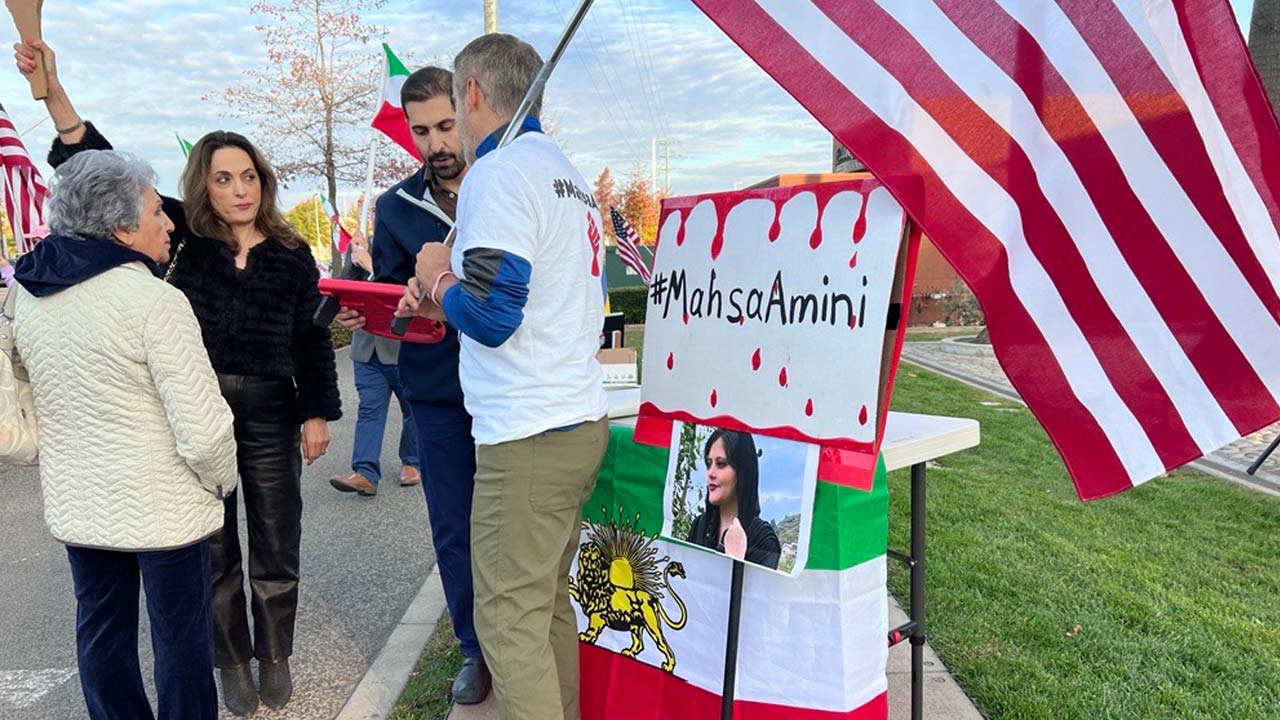 Mahsa Amini’s death has been a flashpoint for protests of the Iranian regime in Iran and around the world., including north Fresno on Saturday. (GV Wire/Nancy Price)

Related Topics:IranMahsa Amini
Up Next