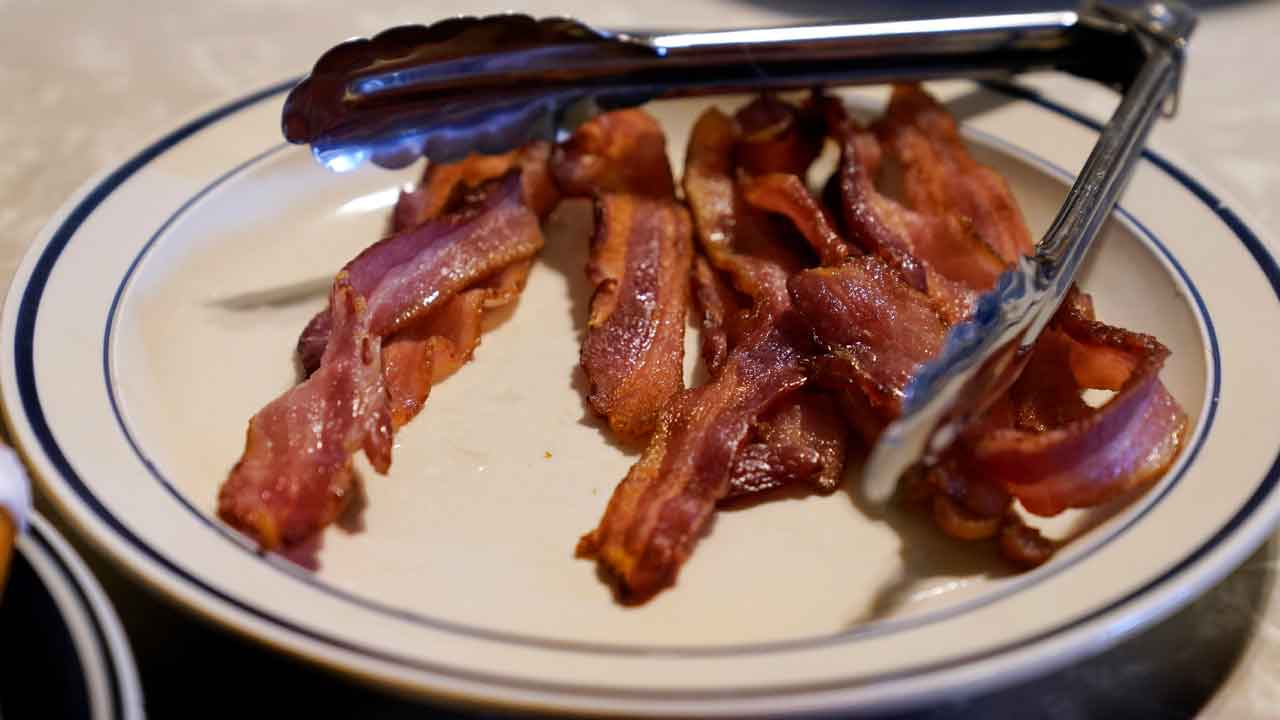 According to Proposition 12, bacon sold in California must come from pigs whose mothers had adequate breeding space. (AP file photo)
Share with friends

When politicians or the media use the term “pork,” they refer to spending taxpayers’ money on projects that benefit a particular person or interest group.

In California, however, the word has another connotation — a case now before the U.S. Supreme Court dealing with a 2018 ballot measure that imposes strict living conditions for hogs whose bacon, hams, ribs, and other cuts are to be sold in the state.

It may seem strange that such a law would make it all the way to the Supreme Court, but the National Pork Producers Council is pressing the issue, contending that the measure violates a section of the U.S. Constitution barring states from interfering with interstate commerce. Moreover, its outcome could have much wider effects, as the court’s members speculated during oral arguments this month.

If California can impose its own conditions on how hogs are raised in other states, several justices mused, it could affect a wide variety of issues in which state policies differ — even abortion. And justices in both the court’s conservative majority and its liberal minority voiced concerns.

The ballot measure, Proposition 12, prohibits California sales of pork products when the seller knows or should know that the meat came from the offspring of sows that had been confined “in a cruel manner.” Among other things, the law requires sows to have at least 24 square feet of living space.

Does Prop 12 Violate US Constitution?

Timothy Bishop, an attorney for the pork producers and other agriculture groups, told the court that “California wants to change farming methods everywhere” and therefore violates the Constitution’s Article I, Section 8, Clause 3, which gives the federal government the exclusive right to regulate interstate commerce. The farm groups have support on the issue from President Joe Biden’s White House.

Liberal Justice Elena Kagan and others worried aloud that if the California law is upheld, what she called “policy disputes” would proliferate and states would be “constantly at each other’s throats,” passing laws in attempts to change the policies of rival states.

“A lot of policy disputes,” Kagan told California’s lawyer, Michael Mongan, “can be incorporated into laws like yours.” For example, she speculated, California could implement laws requiring products to be manufactured using union labor, while Texas could implement a law prohibiting the use of union labor.

“We live in a divided country,” Kagan said, in which the “balkanization” that concerned drafters of the Constitution “is surely present.”

Conservative Justice Amy Barrett asked Mongan whether California could “pass a law that said we’re not going to buy any pork from companies that don’t require all their employees to be vaccinated or from corporations that don’t fund gender-affirming surgeries.”

The court’s newest member, Ketanji Brown Jackson, sharply questioned Jeffrey Lamken, who represented the Humane Society of the United States, asking why California couldn’t address its concerns some other way, such as segregating Iowa’s pork or requiring it to be labeled as coming from conditions to which the state objects.

The pork case hit the Supreme Court at an opportune time because of the noisy feud between California Gov. Gavin Newsom and governors of Florida and Texas that’s not only been exchanges of words, but some efforts to pass conflicting laws on abortion, transgender rights, and guns.

The tone of the justices’ questioning indicates that they are not inclined to let Proposition 12 stand, but it’s also possible that they will avert a definitive ruling. Kagan suggested that since the issue never had a lower court trial, the case could be bounced back down for such a trial.

Zakaria: China Is Weaker Than We Thought. Will We Change Our Policies Accordingly?