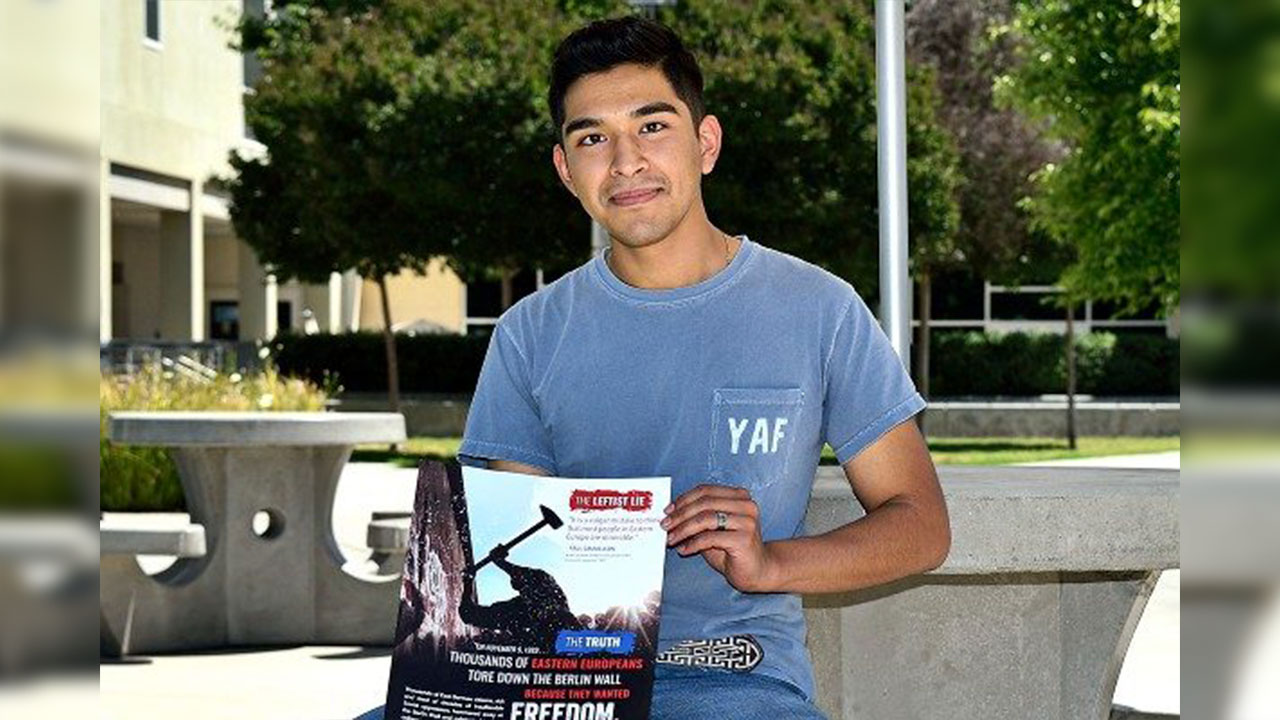 Clovis Community College violated the free speech rights of a group of conservative students when it banned their posters from college bulletin boards, a federal judge said last week.

U.S. District Judge Jennifer Thurston issued a preliminary injunction on Friday barring college officials from enforcing the portion of its flyer policy that requires preapproval of flyer content from college administrators or staff and prohibits “inappropriate or offense (sic) language or themes.”

Students with the Clovis College’s chapter of the conservative Young Americans for Freedom sued President Lori Bennett and other administrators in August after college officials removed the students’ posters with anti-communist and anti-big government themes from bulletin boards inside college buildings, even though the group previously had gotten permission to post them.

Instead, the students were told they could use a “Free Speech” structure in a remote area of campus that has few visitors and receives little attention.

The students’ federal lawsuit was filed in U.S. District Court Eastern, District of California in Fresno by attorneys for the Philadelphia-based Foundation for Individual Rights and Expression (FIRE), a nonprofit civil rights organization that protects free speech rights on college campuses.

Alejandro Flores, the founder of YAF-Clovis and lead student plaintiff, was quoted on FIRE’s website hailing the judge’s ruling: “We wanted to criticize authoritarian governments, but we had no idea that our own college would try to stop us. I’m glad we fought back, because all students should be able to speak out at college.”

In her ruling, Thurston said that the college’s basis for enforcing its flyer policy “exemplifies the kind of arbitrary and discriminatory treatment that the vagueness doctrine is designed to protect.”

Requiring preapproval of student flyers by college administrators and broadly defining what constitutes offensive speech “likely creates a chilling effect on student speech” and unacceptably risks the suppression of ideas protected by the First Amendment, Thurston said in her ruling.

Thurston was critical of the college’s apparent effort to stifle student viewpoints that conflicted with other people’s views. “Though the implications of the school-sponsored speech doctrine to college campuses are unsettled, the general tenor of cases involving restrictions on college student speech strongly suggests that a ban on ‘offensive’ speech undermines the school’s own interest in fostering a diversity of viewpoints on campus, thus frustrating, rather than promoting, the College’s basic educational mission,” she wrote.

The evidence included emails between Bennett and other college administrators that the students’ posters had made some people  “uncomfortable” and they were to be removed because they weren’t club announcements. The college later rejected a request by the group to post pro-life flyers on the bulletin boards.

Anthony DeMaria, a Fresno attorney representing Clovis Community College, said the college had already revised its flyer policy after the initial complaint was filed in August and before the judge’s ruling on Friday.

“Clovis Community College certainly believes in and supports the rights of all of its students to express their opinions. We’re dedicated to free expression of our students,” he said. “We were disappointed in that judge’s ruling. I do believe there are some clear legal points that did support the policy as existed. But we do respect the judge’s ruling.”

Related Topics:Clovis Community College
Up Next