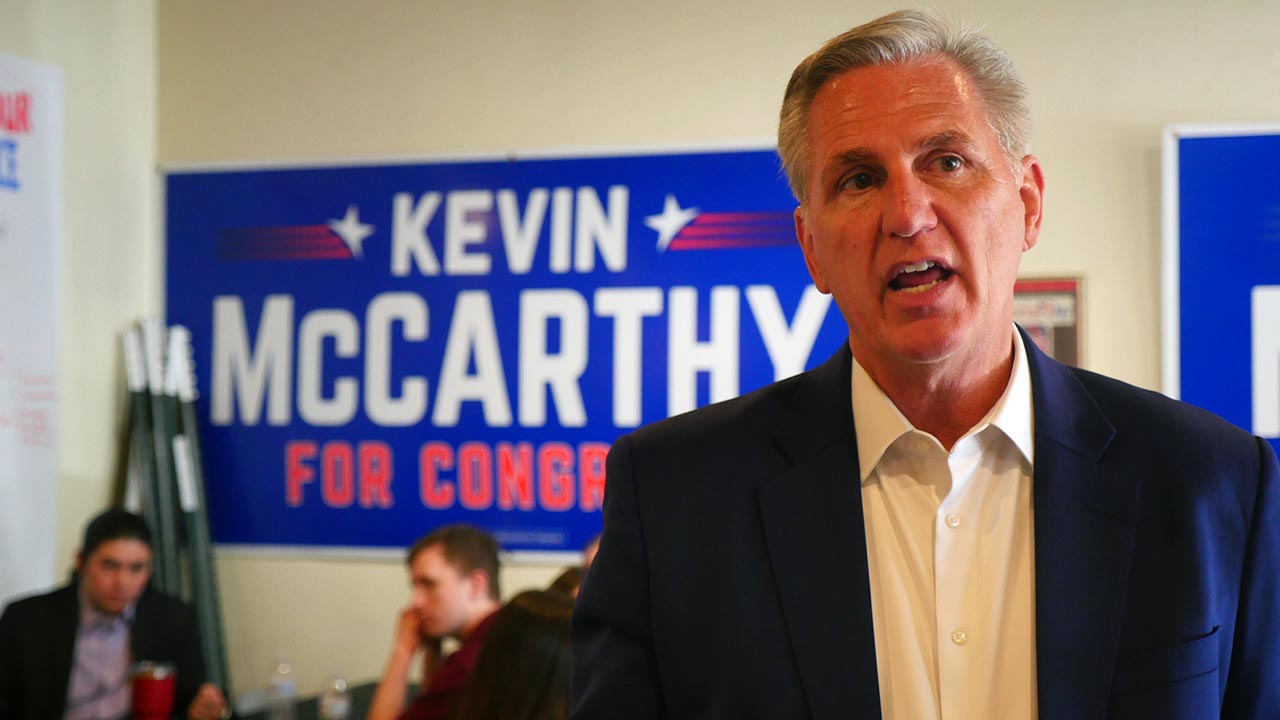 Last year, the Republican leader of the House predicted his party would pick up 60 seats. Now, he won’t assign a number.

“Enough seats that we have the majority, but we’re going to compete in every seat across the country,” House Minority Leader Kevin McCarthy, R-Bakersfield, told the local media last Friday.

McCarthy says the state of the economy will return control of the House of Representatives to Republicans, not abortion rights, the party’s leader said.

“I just don’t believe Americans want to go down the same path and the pain that they’re feeling right now,” McCarthy said.

His optimism extends to two Republicans running in competitive seats in the Central Valley. McCarthy predicts victory for Rep. David Valadao, R-Hanford in Congressional District 22; and John Duarte, R-Modesto, in the open CD 13.

Democrats currently control the House, 221-212 (with two seats being contested in special elections — both formerly held by Republicans). The GOP would need to flip a net of five seats as of now to take control.

“The number one issue (voters) have is the economy. They’re concerned about their money does not go as far. You watched study after study. Twenty million Americans are behind on their energy bill and they watch a winter coming and they can’t afford to be able to pay more. They had a month’s salary taken from them,” McCarthy said, also citing public safety as a factor. “Those are the issues that are driving the most that I’m finding in these races,” McCarthy said.

A recent Kaiser Family Foundation poll backed McCarthy’s claims, but did find abortion rights to be significant, with 55% listing it as “very important.”

“While abortion is a motivating issue for some voter groups, it’s eclipsed by inflation, including rising gas prices, which 74% of respondents say is ‘very important,” Axios reported of the poll.

Democrats are making it a campaign issue, spending $57 million on TV and digital ads since the U.S. Supreme Court’s Dobbs decision in June, the Los Angeles Times reports.

McCarthy on the Issues

Other highlights of McCarthy’s news conference:

“I just talked to him yesterday. I work with everybody. In this district, fortunately, I think I could win this and I would utilize his strength in other places. I don’t think we need it in this district.”

McCarthy said he is willing to debate his opponent, Democrat Marisa Wood of Bakersfield.

“What took so long? … I never did much with him in Congress because I always felt there was something just not right.”

“The American public deserves the right to know. I think you erode confidence in secrecy. And you never want an America where somebody uses the Department of Justice for political reasons,” McCarthy said.

“The president does not have the authority just to wipe away somebody’s college education. And the next question arises, who’s going to pay for it? There’s going to be a lot of people who maybe didn’t go to college that are paying for somebody else’s college as well. It’s just like anything else. If you sign a piece of paper with a promise of what you’re going to pay based upon a product you’re going to be given. I think you should follow through.”

“We need greater storage. We’ve been saying that for quite some time, been able to work through and get a different biological opinion, to be able to have more water flow down through in a more efficient manner. I think at this moment in time, it’s not just storage. We need more resources of water. We should start looking at desal(ination).”

“This committee is not a legitimate committee. It’s the first time in congressional history the minority didn’t get a right to offer anybody for it,” McCarthy said. “It’s a pure political committee designed to play politics, and I think that’s wrong.”