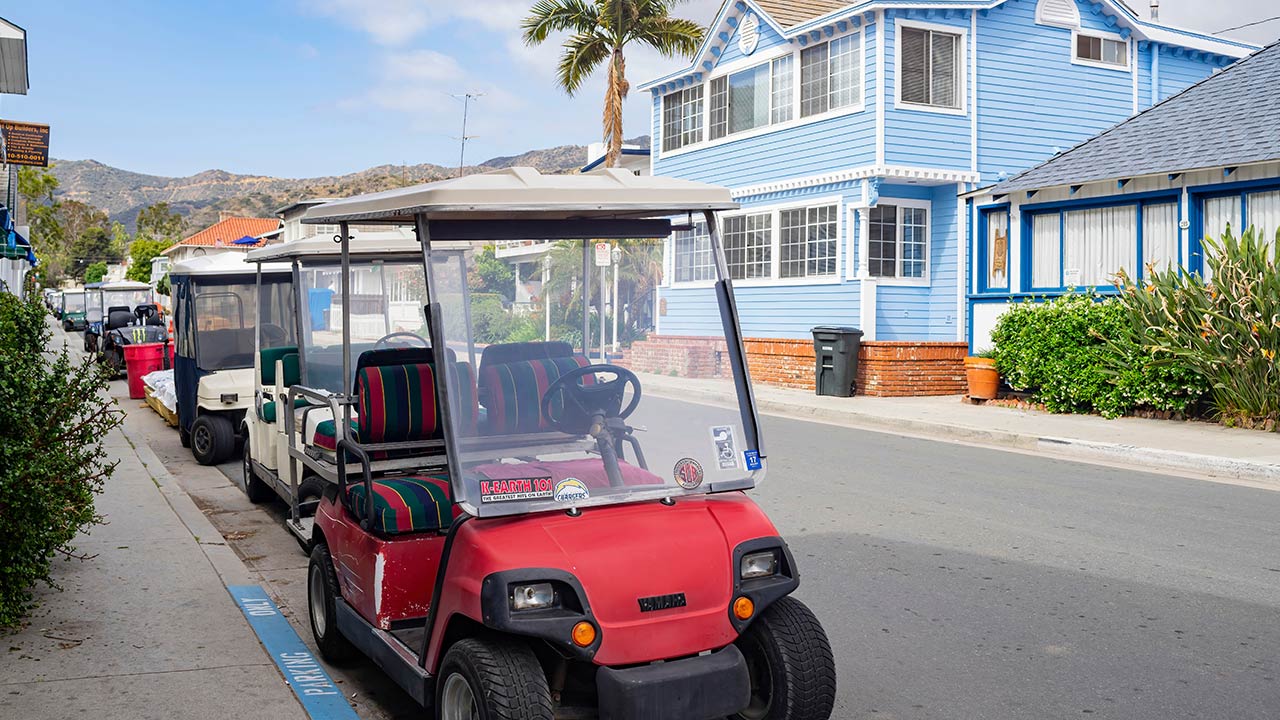 Golf carts are a popular mode of transportation on California's Catalina Island. (Shutterstock)
Share with friends

What if the future of transportation in metro cities like Fresno, suburbs, and urban villages doesn’t involve Tesla or self-driving cars?

Instead, what if the future is an often-electric vehicle that has been around for decades — the golf cart?

Slate reports that the Atlanta suburb of Peachtree City has 10,000 registered golf carts among its 13,000 households. And, Harvard Business School researchers found in 2015 that a “neighborhood electric vehicle” resembling a “souped-up golf cart” offered the most transformative potential in city transportation.

“NEVs are used by security on university campuses, for transportation in retirement communities, and for delivery in cities. They cost just a few thousand dollars and are cheap to operate and easy to park. And their manufacturers are starting to add features found in conventional cars,” wrote the Harvard Business Review.

Related Story: Could the EV Boom Run out of Juice Before It Really Gets Going?

It should be noted that the California Vehicle Code distinguishes between a golf cart and a NEV.

According to the state, a golf cart is “a motor vehicle having not less than three wheels in contact with the ground, having an unladen weight less than 1,300 pounds, which is designed to be and is operated at not more than 15 miles per hour and designed to carry golf equipment and not more than two persons, including the driver.”

A neighborhood electric vehicle, the state says, must weigh less than 3,000 pounds, reach 20 mph in less than a mile (not to exceed 25 mph), and have four wheels.

In addition, DMV says that registering a golf cart for street use is optional and the operation of golf carts on roadways is subject to local regulations.

Read more at this Slate link.