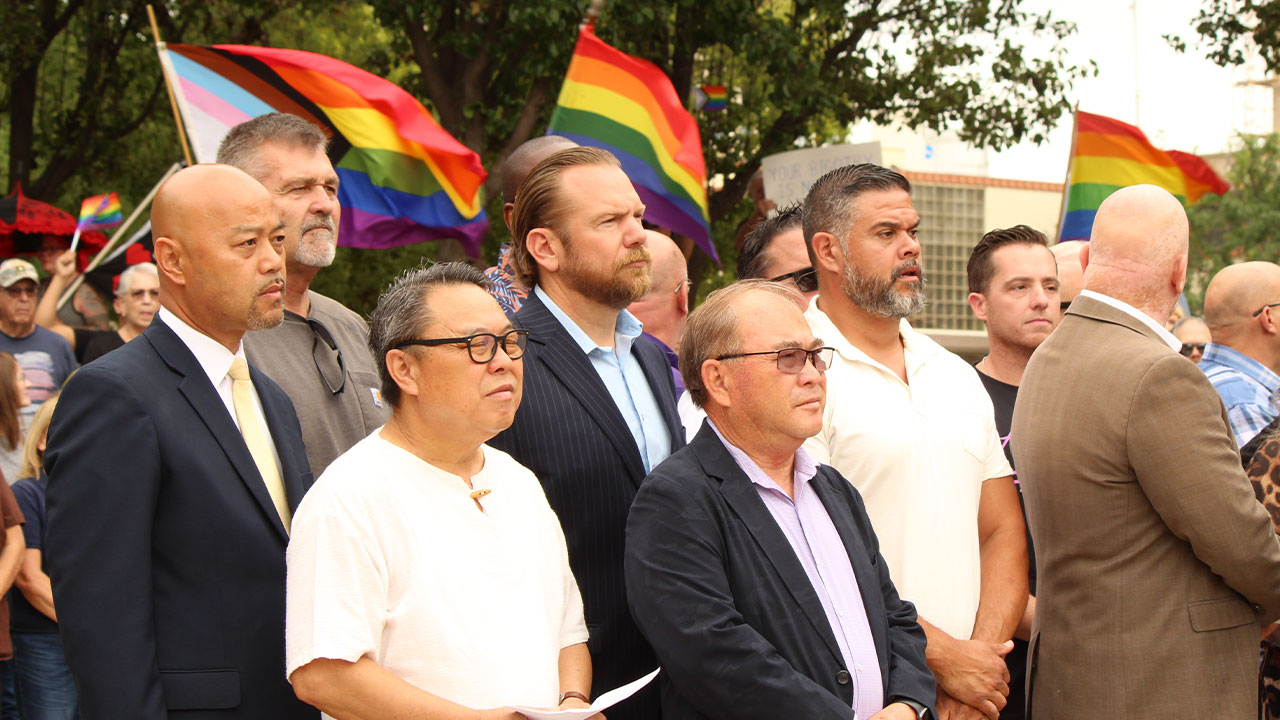 Valley Christian pastors and elected leaders joined together in downtown Fresno to speak out against recent and upcoming LGBTQ+ events. (GV Wire/Liz Juarez)
Share with friends

Pride Month may be winding down in Fresno, but local Christian conservative leaders and politicians are keeping up their criticism about a number of the city’s celebrations held this month.

More than 50 Christian pastors from across Clovis and Fresno led by Jim Franklin, pastor of Cornerstone Church, gathered at Eaton Plaza in downtown Fresno on Wednesday to deliver a message about LGBTQ+ events being held in the community.

At about the same time, their arguments were met with a counterprotest held nearby at Fresno City Hall in support of Pride events and calls for Christian conservatives to “practice what you preach.”

A number of local conservatives have denounced the raising of the LGBTQ Pride flag at Fresno City Hall and an upcoming “family friendly” drag queen event at the Fresno Chaffee Zoo.

“There have been events that have occurred in the last several weeks that have caused great concern to several pastors and ministry leaders from our community,” said Franklin. “The statement that you will hear represents in totality our agreed-upon position.”

Faith Leaders Give a Unified Message

One by one, four pastors from area congregations stood up to speak as dozens of others, along with city and county elected officials, stood with their heads bowed and hands together. 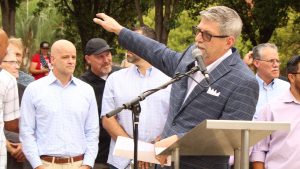 “Government leaders should not publicly promote an ideology that fundamentally opposes vast numbers of their constituents,” said Foote. “Furthermore, as representatives of Christian churches across our city, we must vigorously oppose the prayer during the flag raising ceremony, which mischaracterized the God of the Bible as the queer one and the ultimate transgressor.”

Pastor Elias Loera from the Family Christian Assembly of God expressed concerns about the Friday night Pride event at the zoo.

“We are concerned with the Fresno Chaffee Zoo hosting a drag queen show, followed by a meet and greet where children will be present,” said Loera. “We cannot be silent concerning openly dangerous or offensive behaviors. Not speaking in itself is speaking. And not acting in itself is acting right.” 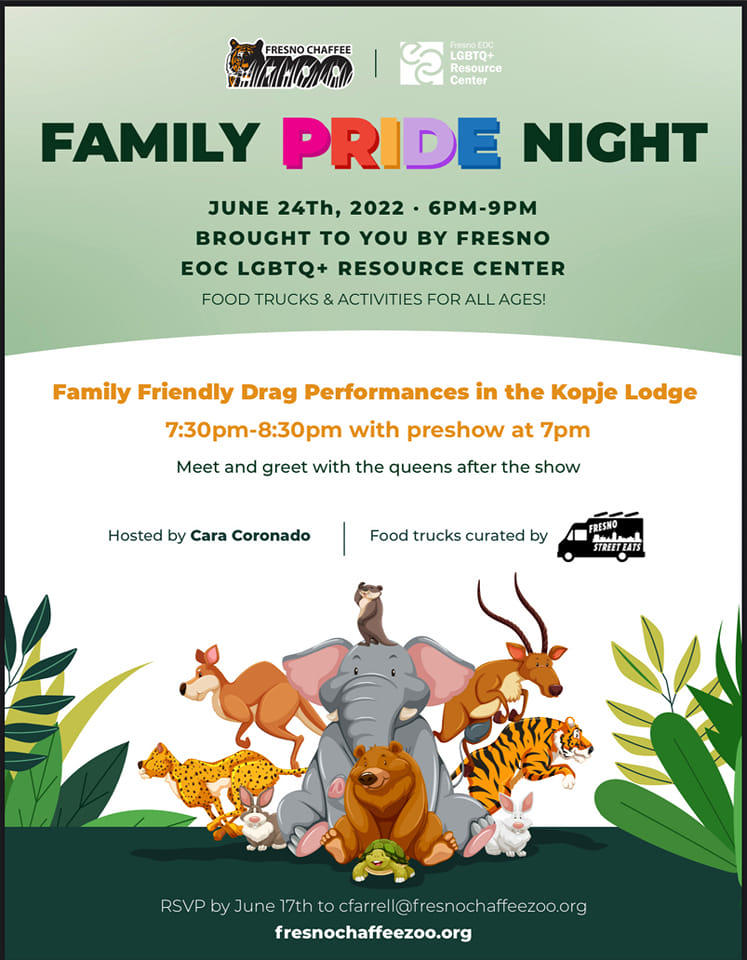 Pastor Kevin Moua from Lao Evangelical Church encouraged Fresno and Clovis residents to take part in a day of prayer and fasting on Friday.

“These positions are not political. They are biblical,” said Moua. “We love this community and are grateful to minister here while we are standing faithful to God and his word.”

The faith leaders’ joint message was then followed by a recitation of the Lord’s Prayer and a rendition of “God Bless America.” Members of the crowd held American flags and signs that read “Protect Our Children” and “God does not make mistakes.”

A statement was given to news reporters with more than 60 signatures from pastors from Christian congregations throughout the Valley. At the conclusion of the news conference, Franklin discouraged participants from giving interviews, saying that their message was clear. 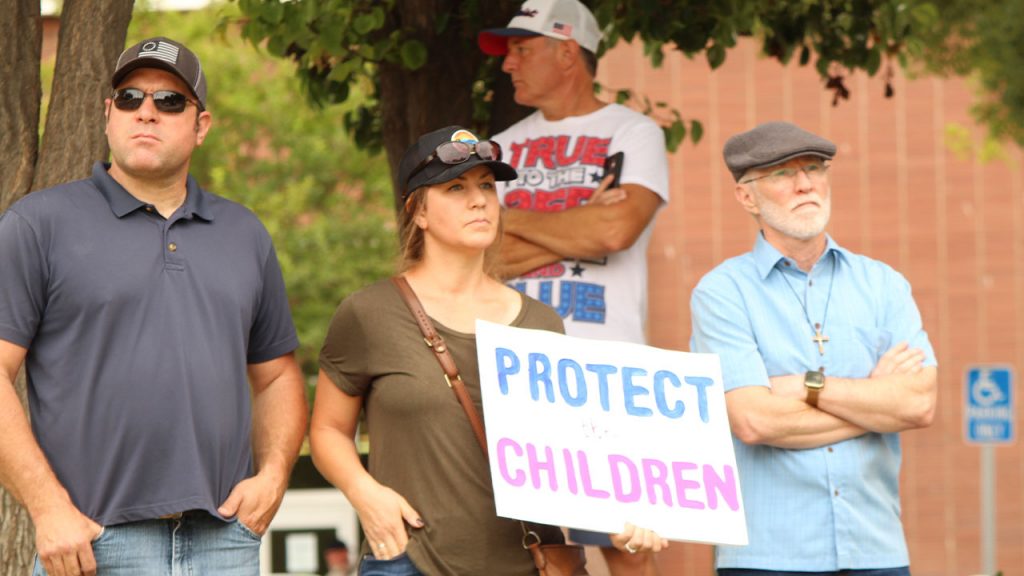 Practice What You Preach

Zayn Guajardo pushed back against claims that the Pride event at the zoo is harmful to children. “We’re here to stand up and say it’s not what they’re saying and we’re not sexualizing children,” said Guajardo. “A lot of children actually look up to artists and drag queens,” he said.

Guajardo says he was a member of a Christian church for years until he realized he was not accepted for who he was.

“What they can do differently is practice what they preach,” said Guajardo. “If you do truly love and support us and accept us, you would at least show that you’re trying to learn how to support us.” 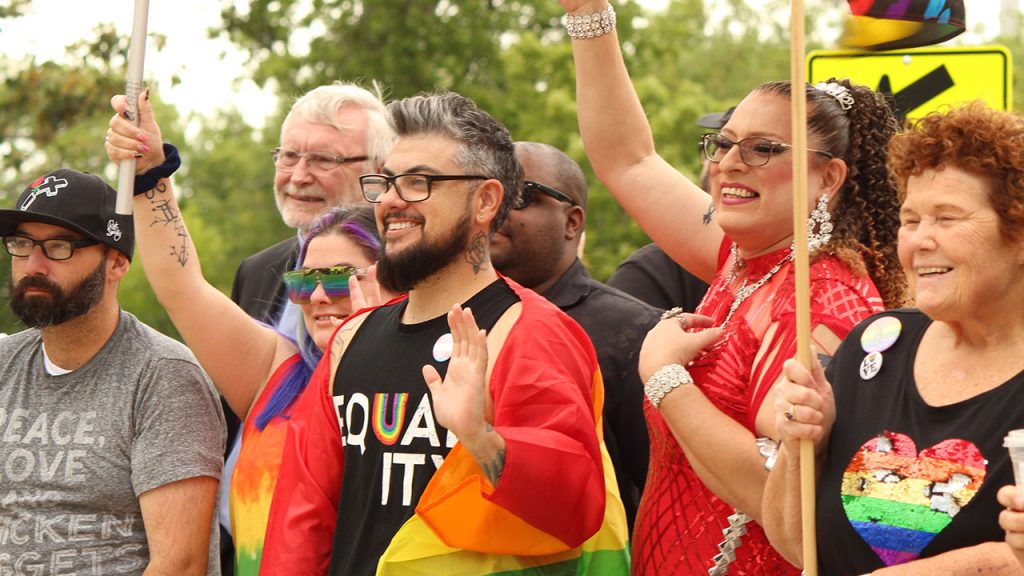 Members of the LGBTQ+ community in Fresno hold a counterprotest at Fresno City Hall before and after a news conference at Eaton Plaza by local Christian pastors. (GV Wire/Liz Juarez)