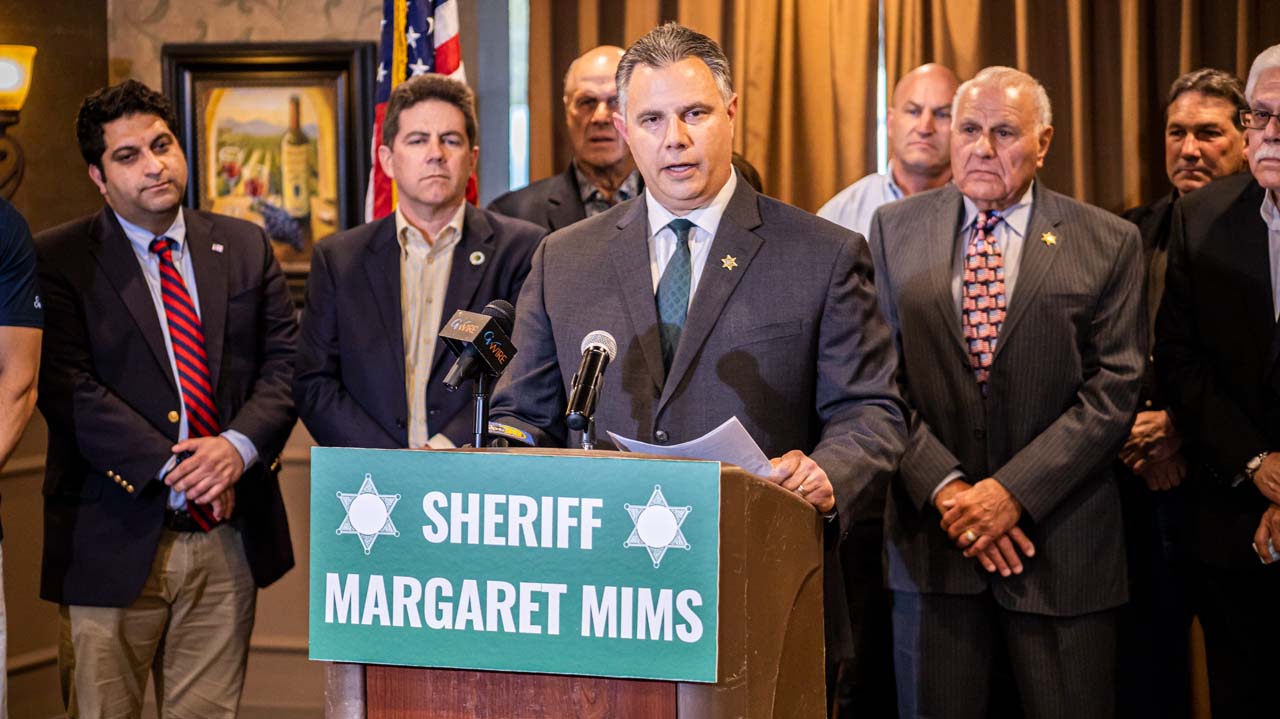 A ballot measure to renew a sales tax supporting Fresno’s Zoo, the scion of a locally powerful political family, and a handpicked successor to Fresno County’s sheriff were among the winners in Tuesday’s primary election.

Assistant Sheriff John Zanoni, who is seeking to replace Sheriff Margaret Mims, finished the night ahead strongly with 56.57% of the vote, while Mark Salazar, Fresno Police Department deputy chief, trailed with 43.33%. Zanoni was endorsed by Mims.

In three of the four Fresno City Council races, incumbents Miguel Arias, Luis Chavez, and Nelson Esparza are poised to retain their seats in District 3, 5, and 7, respectively. In the District 1 race to succeed termed-out Councilwoman Esmeralda Soria, community college trustee Annalisa Perea holds a commanding lead with 58.01%, followed by Cary Catalano with 25.58%, Mike Briggs with 11.38%, and Jeremy Preis with 4.97%.

Esparza, the council president, holds a whopping 66.8% advantage in his race, followed by challengers Courtney Westfall with 20.40% and Jason Jesada Keomanee with 12.46%. Arias leads with 61.82% in his race, followed by challengers Larry T. Burrus with 27.92% and Nickolas Wildstar with 10.18%. Chavez faced the stiffest opposition, capturing 55.59% of the vote tally so far over challenger Brandon Vang, at 44.32%.

Measure Z, which would renew the one-tenth of a cent sales tax to support the Fresno Chaffee Zoo, is headed to an easy win with 83.02% yes votes and 16.98% no votes following Tuesday’s preliminary count.

In the Fresno County Superintendent of Schools election, Michele Cantwell-Copher, the heir apparent to current superintendent Jim Yovino, holds a lead of 64.78%, followed by Daren Miller with 20.27% and Eliseo Gamino with 14.71%.

Fresno City Councilwoman Esmeralda Soria sits atop the Assembly District 27 race with 43.1% of the vote. Soria is well ahead of fellow Democrat and fellow Councilmember Mike Karbassi, who stands at 10%. Soria is headed to a November runoff with Republican Mark Pazin, who has garnered 32.8% of the vote. Republican Amanda Fleming is currently third at 14.1%.

In the 31st Assembly District, incumbent Joaquin Arambula, D-Fresno, is well ahead at 57.8%, followed by Republican Dolce Calandra with 29.3%, Democrat John Mendoza with 8.6%, and Andrew Verhines, who declared no party preference, with 4.3%.

In Senate District 14, Democrat incumbent Anna Caballero leads with 56.4% followed by Republican Amnon Shor with 36.4% and Democrat Paulina Miranda with 7.2%.

There is no incumbent in Senate District 16 where Sanger Democrat Melissa Hurtado, who now represents Senate District 14, has collected 33.2% of the vote. She is currently running behind Porterville farmer David Shepard, a Republican, who has captured 39.4%, followed by Democrat Nicole Parra with 14.9%. Republican Gregory Tatum has received 7.8% of the vote, while Democrat Bryan Osorio has collected 4.7%.

In the Congressional District 22 runoff election, political veteran Connie Conway appears headed to a win over newcomer Lourin Hubbard. Conway, a Tulare Republican, has 57.6% compared with 42.4% for Hubbard, a Fresno Democrat. Somewhat surprisingly, Conway’s share of the votes was slightly lower in Tulare County, her home base, and higher in Fresno County, according to results reported Tuesday. The winner will serve the remainder of former Congressman Devin Nunes’ term.

Jim Costa, D-Fresno, who has survived some close calls in recent elections in Congressional District 16, surged to the lead in the Congressional District 21 race. Costa has garnered 51.5%, with fellow Democrat Eric Garcia getting 10.5% and Republican challengers Michael Maher and Matt Stoll winning 23% and 15% respectively. Costa chose to run in a new district after congressional lines were redrawn. District 21 includes portions of Fresno and Tulare counties.

In the newly drawn Congressional District 22 that includes portions of Kern, Kings, and Tulare counties, Democrat Rudy Salas of Bakersfield took a commanding lead over the rest of the field with 51.5%, followed by Republican David Valadao with 25.3%, Republican Chris Mathys with 16.6%, and Republican Adam Madeiros with 6.6%. Valadao, of Hanford, was elected in the Congressional District 21 race two years ago but like Costa he had to change districts when boundaries were redrawn following the 2020 Census.

In Congressional District 5, longtime Republican Congressman Tom McClintock is ahead with 43.5%, trailed by three other Republican opponents: Fresno County Supervisor Nathan Magsig with 11.9%, David Main with 3.1%, and Kelsten Charles Obert with 1.6%. In November, McClintock will face Democrat Mike Barkley, who garnered 37% of the vote as of Tuesday night. Candidate Steve Wozniak, who declared no party preference, collected 3.4%. District 5 stretches from El Dorado County east of Sacramento south into Fresno County, and includes portions of Amador, Tuolumne, Calaveras, Stanislaus, Mariposa, and Madera counties.

Related Topics:electionsMeasure Z
Up Next