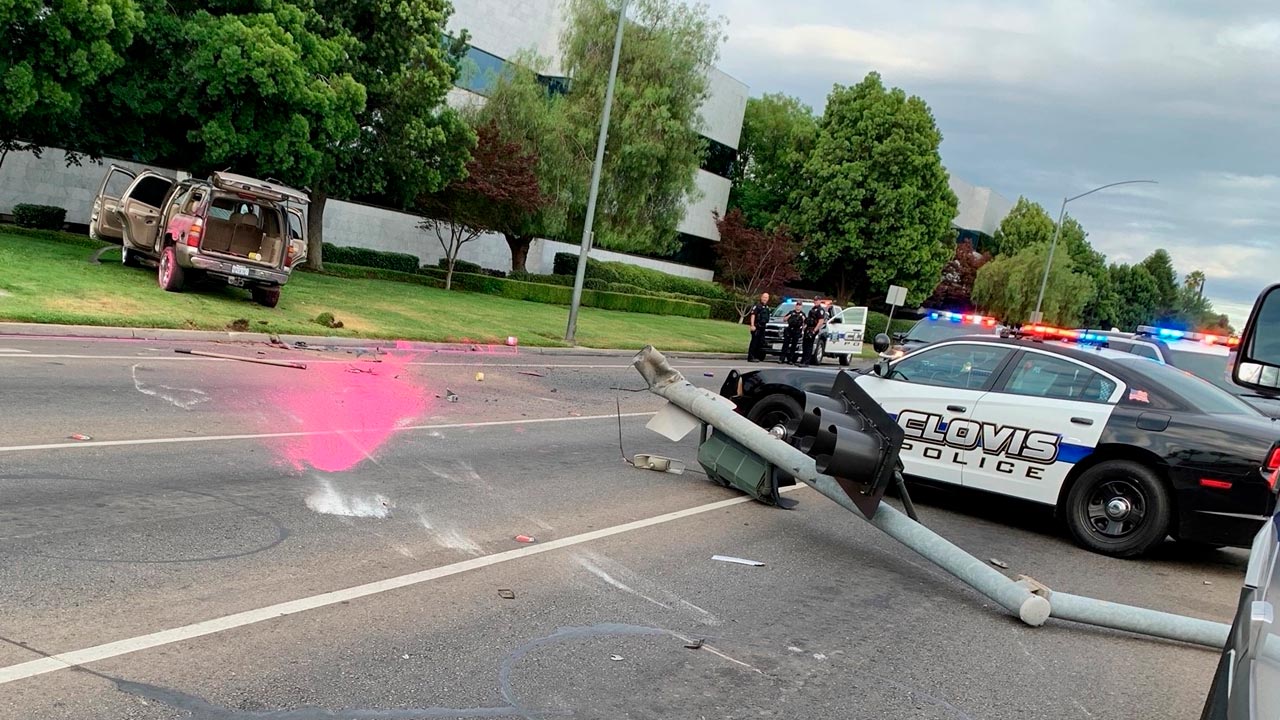 A suspected catalytic converter thief arrested in Fresno after crashing during a police pursuit remains in jail on multiple charges.

David Garcia, 30, was spotted by Clovis Police early Saturday morning near Willow and Herndon, according to an agency news release. An officer recognized Garcia as a suspect in a prior theft of the pricey car part.

Garcia sped away as an officer attempted to pull him over, the release said, leading to a pursuit that ended when Garcia crash into a traffic signal pole at Palm and Herndon in Fresno. Police said Garcia ran away from the crash but officers arrested him in a nearby parking lot.

The left turn signal pole on westbound Herndon was destroyed in the collision. A can of paint also fell out of the back of the vehicle when it crashed, police said, leaving a bright pink trail on the heavily trafficked roadway.

Fresno County jail spokesman Tony Botti says Garcia is being held on an outstanding warrant for auto theft with bail set at $400,000. He is also being held on other warrants carrying bail amounts totaling an additional $23,000, Botti said.

Power Restored in Central Fresno After Driver Collides With Pole

Young Woman’s Back Pain Turns out to Be Rare Tumor