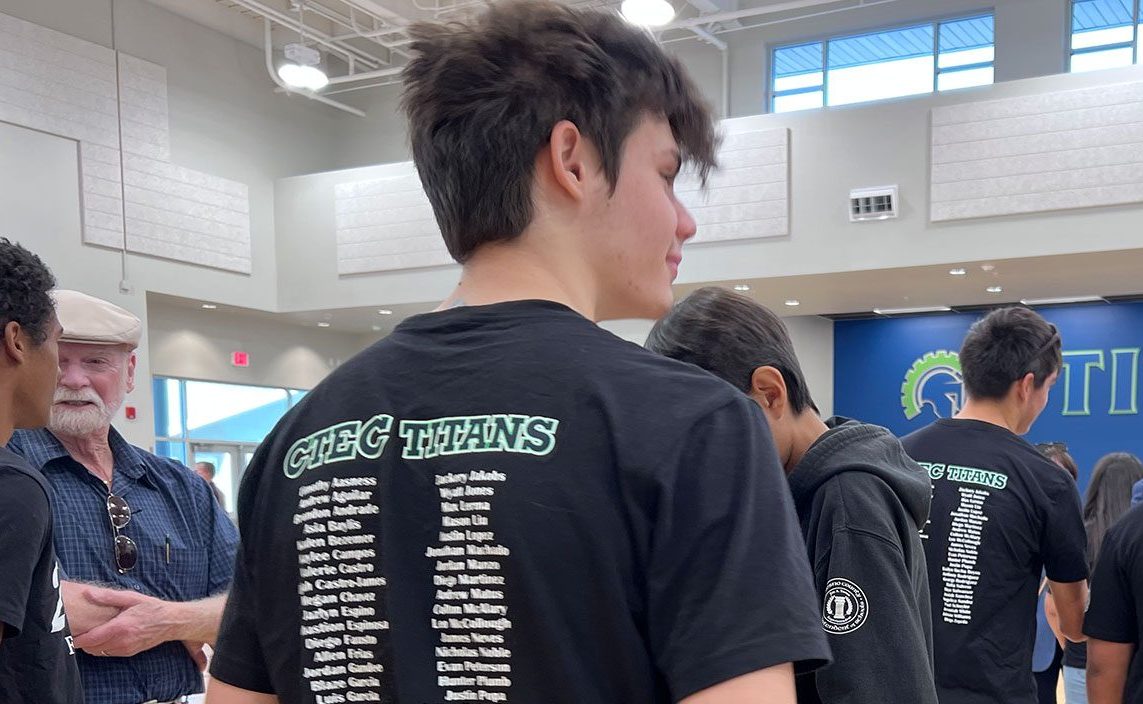 The long-awaited opening of the new multipurpose building at Career Technical Education Charter High School was celebrated Friday morning by educators, politicians, industry partners, and, of course, the students themselves.

How long awaited was it? The building, which includes a basketball court and a stage, was supposed to have been finished by the end of the Class of 2022’s sophomore year. But then a little something called COVID came along.

Members of the Class of 2022, the school’s inaugural class, told School Zone that they didn’t mind so much not being able to use the building during their four years because they know the students following them will have the benefit of it.

But they’re graduating with much more, seniors Kaden Bezemer and Valerie Castro said Friday. Their academic experiences included real-world internships, presentations to industry partners, and other opportunities that helped them improve their “soft skills” such as public speaking and career preparation.

Castro said that when she started as an intern at SIM-PBK, the architectural firm that designed the new multipurpose building, as well as the school’s construction and manufacturing building, she was nervous but soon got over it because of how well she was treated by the firm’s staff.

Internships are what sets CTEC apart from other schools, giving CTEC students a leg up in the job world, Castro said.

“Sure, it’s free labor, but we gained so much more from you,” she said as the audience chuckled. “I think it’s a pretty even trade. … I feel like I’m so confident with CAD (computer-aided  design) now, if you tell me to just draw one thing, I’ll be there, I’m not afraid!”

The school’s director, Jonathan Delano, noted that Castro so impressed the firm, she was offered a paying job — at age 18. 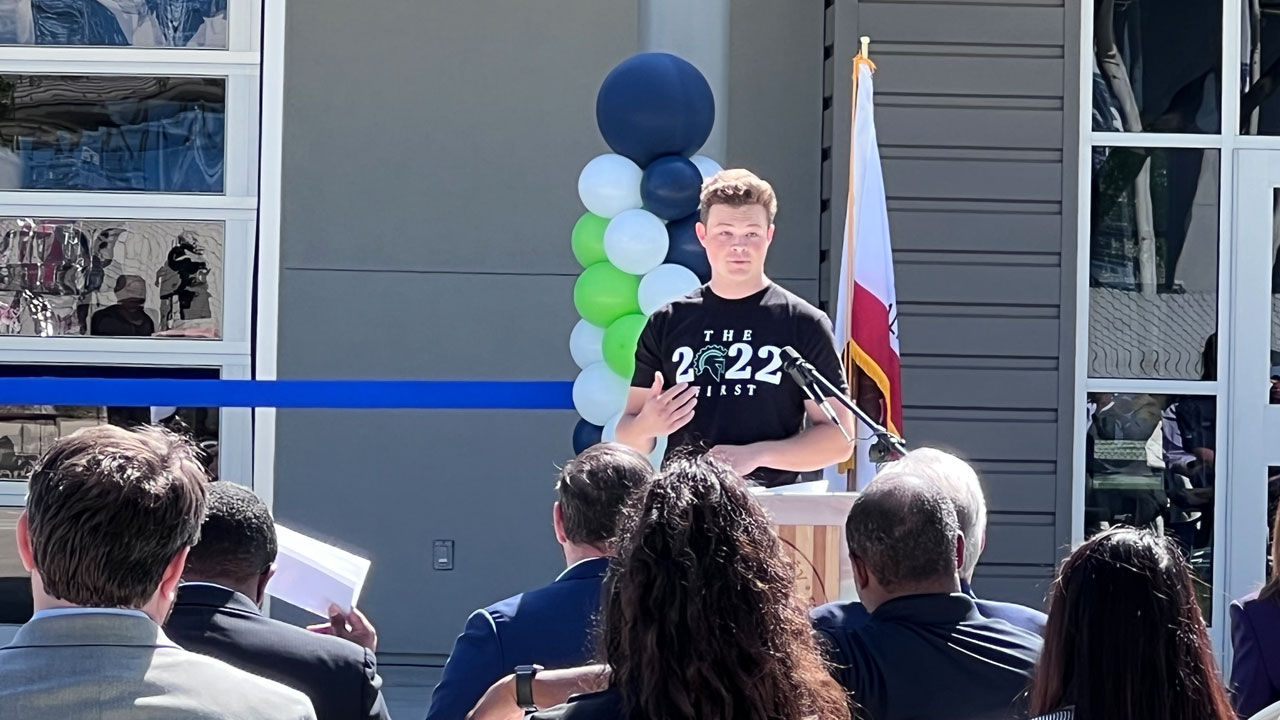 The office of Congressman David Valadao, R-Hanford, is hosting a Service Academy Night next week for students and their parents to get information about appointments to the nation’s academies.

The event will be from 6 p.m. to 8 p.m. Wednesday, May 4 in the cafeteria at Hanford West High School, 1150 W. Lacey Blvd. Middle and high school students who live in the 21st Congressional district are welcome to attend.

Appointment to a service academy is highly sought because students get a free college education in exchange for military service after they graduate.

“Each year, one of my greatest privileges as a member of Congress is nominating exceptional students from the Central Valley to our country’s Service Academies,” Valadao said in a news release. “I encourage any student interested in serving their country to attend academy night to learn more about the application process.”

Parents and students should RSVP for the event at this link. For further information, call Valadao’s Hanford office at (559) 460-6070.

Congrats to These Academic Decathlon Teams

Granada Hills Charter School’s win of the 2022 U.S. Academic Decathlon is kind of like the swallows returning to Capistrano — seems like it happens every year.

Nevertheless, congratulations to Granada Hills for capturing their record ninth national title, and second title in a row.

University High of Fresno, the small schools national champion 13 times between 2007 and 2021, took fourth place in Division 1 of the California state decathlon competition.

Guadalupe Zamudio Telles will have an extra $1,000 to put toward her college education or a community service effort that addresses a social issue. The Central East High School senior, who has a 3.94 grade-point average, was one of hundreds of winners nationwide of the Hispanic Heritage Foundation Youth Awards.

She was the only student from the Central Valley to win one of the foundation’s highly competitive grants.

When she’s not coming up with new business ideas, Zamudio Telles does folkloric dancing, reads books to younger students, volunteers at her church, and every year sends toys to children in Michoacan, Mexico.

While Pismo Beach isn’t exactly in the Valley, it’s a second home to many of us during the Valley’s blazing hot summers, so let’s also congratulate Daniela Ruelas Lomeli of Arroyo Grande High School on her $1,000 award in the community service category. 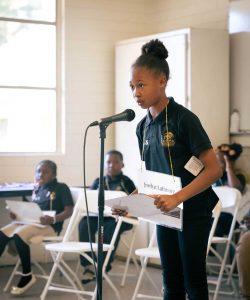 Golden Charter Academy is not quite a year old, so this has been a year of a lot of firsts — including the first of what school officials say will be an annual spelling bee.

The “Road to Gold” Spelling Bee featured 18 students in grades 1 through 3. In its first year, Golden Charter enrolled younger students and will add a higher grade level each year over the next five years until it tops out at grade 8.

The winner of last week’s spelling bee was third grader Jordyn Latimore, who won a medal, trophy, and $50 prize by correctly spelling “siblings.”

The community also was a winner, because for every word spelled correctly — and there were 62 of them — a tree will be planted in the community, the school said. Gazebo Gardens donated 50 trees toward the effort.

Related Topics:CTECSchool Zone
Up Next