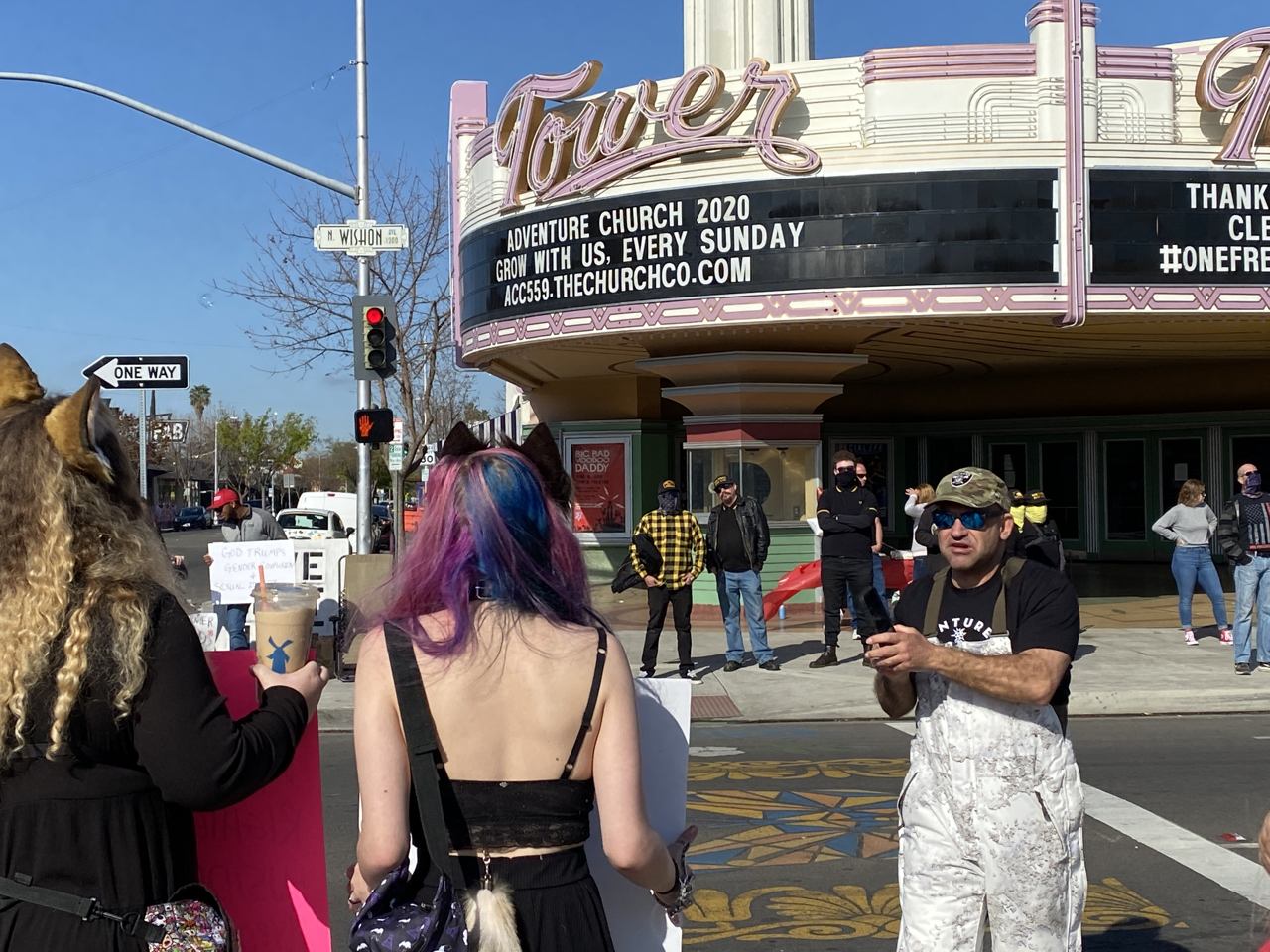 In a debate that mirrored a courtroom hearing — which it may eventually lead to — the Fresno City Council voted 4-3 on Thursday to buy the Tower Theatre.

The deal has a nominal price of $6.5 million to be paid to the theater’s owners for the iconic Tower District venue and other parcels on the property. The owners of the Sequoia Brewing Company restaurant will be able to purchase the property they lease for $1.2 million, financed by the city through a loan. Also, the city agreed to defend against any lawsuits in court and pay any damages.

The motions sponsors, Esmeralda Soria and Miguel Arias were joined by Tyler Maxwell and Nelson Esparza in the affirmative. Mike Karbassi, Garry Bredefeld and Luis Chavez voted no.

The drama started in 2020, while in the throes of the pandemic, the owners of the Tower Theatre agreed to sell the property to Adventure Church. That led to weekly protests organized by the Tower District community, and lawsuits. Sequoia Brewing Company successfully argued in court it had a contractual first right to buy the building it leases from the theater before the property was offered to another buyer.

The restaurant’s lawsuits have put the sale to the church on hold. That led to the church filing a lawsuit against the Tower Theatre owners. They claimed the theater did not deal in good faith regarding the status of the Sequoia’s lease.

While it was announced at the start of Thursday’s council meeting that Mayor Jerry Dyer would have the right to veto the deal, multiple councilmembers told GV Wire privately that the veto only pertains to a part of the agreement that addresses the preservation of the historic theater. The issue was not clarified publicly.

The city charter states the mayor’s veto does not extend to land use decisions.

Lots of Questions in Long Debate

Soria and Arias said preservation was the driving factor in the purchase as well as retaining the property’s large parking lot for public use.

Karbassi played the role of prosecutor, asking several questions about the deal’s financing. Some of those questions could not be answered publicly because of confidentiality requirements, city officials said.

At one point, Karbassi made a rare move to subpoena Tower Theatre owner Laurence Abbate to appear and answer questions — a power the body has. City Attorney Douglas Sloan says that has never happened in the 16 years he has worked in Fresno. The subpoena motion failed on a 3-3 vote. The council then expressed the desire for Abbate to appear voluntarily.

Sloan announced that Abbate would appear but the final vote took place before the councilmembers could question him. One source said Abbate was present at City Hall but did not come into the chambers.

A skeptical Chavez said “Quite frankly, I just don’t believe Mr. Abbate, based on what’s happened, based on court proceedings, based on what he’s done in the past. I think he has been playing both sides. I think he’s trying to score a better deal.”

The debate also centered on whether Adventure Church still has a valid deal to purchase the Tower Theatre. David Emerzian, attorney for the church, presented his case that the answer is yes. He says the church paid more than $800,000 into escrow which is still open and even released $15,000 to Abbate to front legal fees.

Sloan says that was incomplete information and there had been past communication between the church and theater to terminate escrow. Sloan did not elaborate, citing attorney-client privilege.

The appraised value of the Tower Theatre property — which includes multiple restaurants — is $5 million. Councilman Garry Bredefeld and Karbassi expressed concern that the city would be paying over appraised value.

The church’s lawsuit returns to court in June.

Prior to the meeting, the city council received 503 comments. On Thursday, approximately 65 people spoke during public comment for more than two hours.

Pastor Anthony Flores dared the council to buy the theatre.

“I hope you pass it today, so I cannot wait for my day in court to hold the city responsible,” Flores said. He also questioned the loan the city plans to provide to Sequoia Brewing Company.

Emerzian presented the city council with a large stack of legal briefs.

“What you are doing is essentially opening up … the city of Fresno’s checkbook to damages. Your case hinges upon whether or not Adventure Church has a valid contract. The church has made it very clear the contract is in full force and effect,” Emerzian said.

At its heart, the lawsuits Tower Theatre faces are contractual in nature involving real estate. Several audience members who commented spoke about religion, the beliefs of Adventure Church, and whether a church is zoned to use Tower Theatre.

Haley White with The Fools Collaborative, a supporter of the sale, had a suggestion for the church.

“Why don’t you use church money and tithes to buy a building that actually fits your growing congregation and doesn’t harm thousands of your neighbors?” she asked.

While most of the public comment session was tense, there was a moment of levity. One speaker expressed his support in 15 seconds.

Related Topics:FeaturedTower Theatre
Up Next