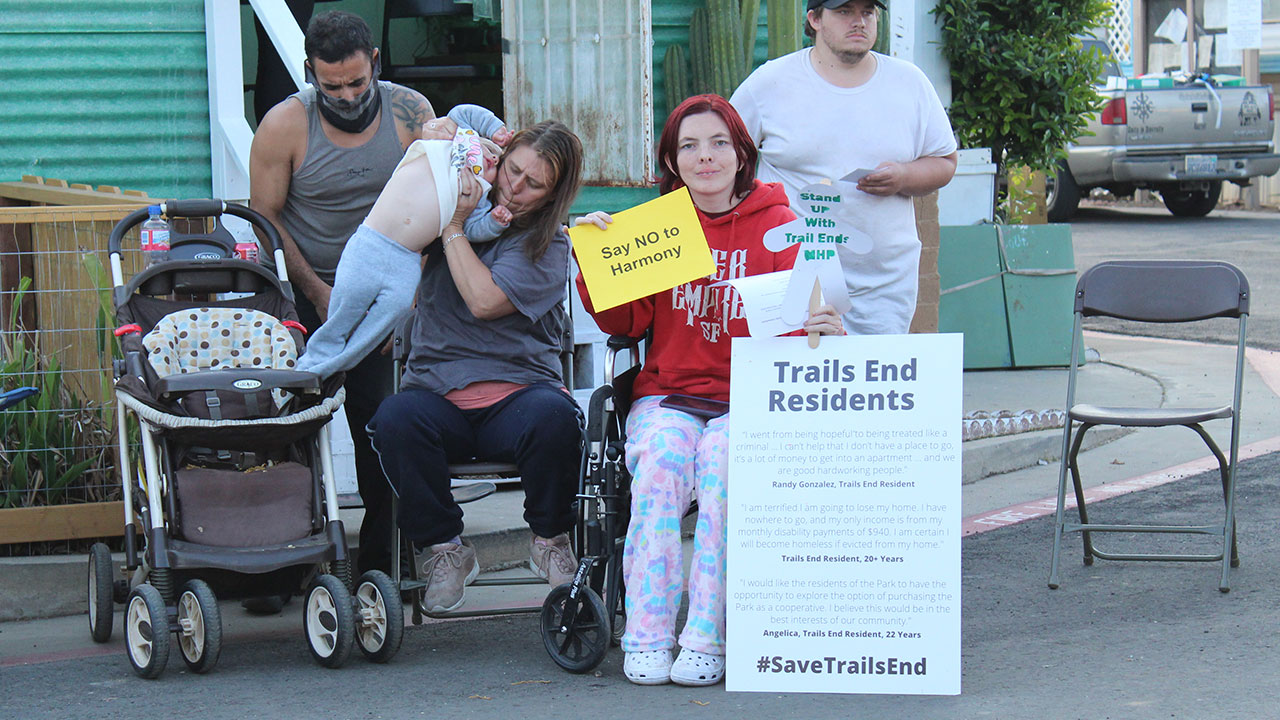 They packed the small courtroom hoping that the judge would decide not to sell the park to Stockton-based Harmony Communities.

Judge Kristi Culver Kapetan said that she wanted to further examine the case and will issue a written final decision on Wednesday, April 6.

“I actually want to look at two more things,” Kapetan said. “In the interim, things should proceed as they have been proceeding.”

California Rural Legal Assistance attorney Mariah Thompson, who represents many of the residents, spoke to the judge about problems at the park since it went into receivership.

Previously, residents of the park were given 7-day notices to present permits to the city for improvements at their sites built without permits.

“Usually, people would have up to 90 days to get permits for things like a carport,” said Thompson. “In this circumstance, the receiver only gave them two weeks and nobody was able to get a permit within two weeks.”

The judge agreed to withdraw the 7-day notices, Thompson said in a tweet after the hearing.

In addition, notices were first issued only in English, and will now be issued in Spanish as well. About a dozen or more residents of the park are Spanish speakers and do not speak English.

Court did not decide on proposed sale to Harmony vs. Co-op; will issue a ruling by Wednesday.

City refused to support us on anything at all.

Crews hired under the court-appointed receiver Mark Adams but paid for by Harmony Communities have been clearing out debris and hazardous materials to bring the park up to code.

“Our construction crew has cleaned out something like 600 cubic yards of debris and rubbish from this park in the last month,” Adams told GV Wire. “That’s all flammable material and so the people there are far safer because we’ve removed all that rubbish and we will have removed it all by the time we’re done.”

However, several residents claimed that crews have been taking personal belongings from their property. 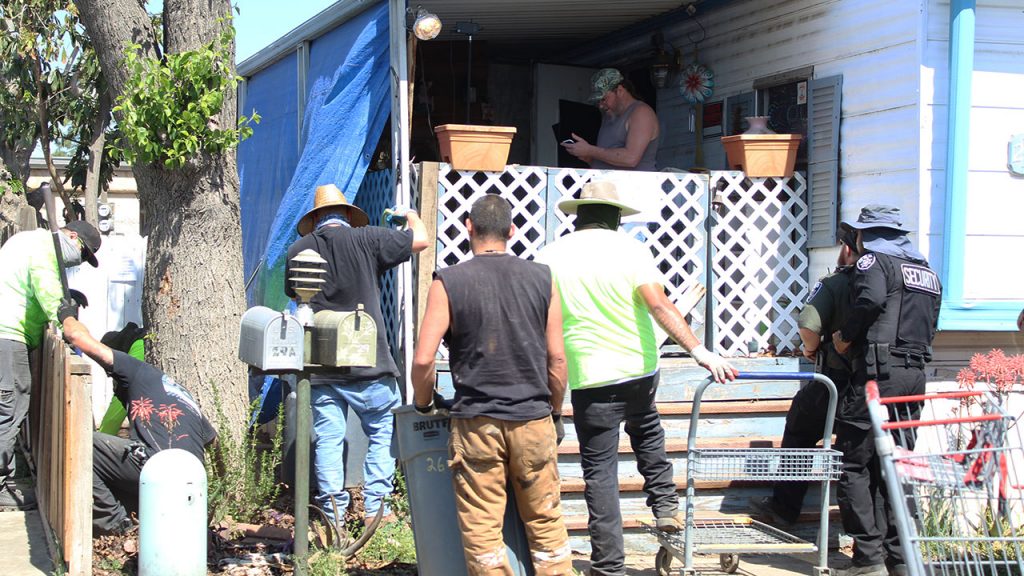 Linda Martinez rents a trailer at the mobile park and attended the hearing Friday.

“There have never been rules and what’s happening now is a dramatic change,” said Martinez. “So now the city of Fresno is saying that there are rules that we must complete, but I am a renter. So how can I fix these things if I’m not an owner?” said Martinez.

Martinez said she sent a copy of the new rules and a list of things that needed fixing to her landlord.

“He didn’t answer,” said Martinez. ” I have tried to tell him of the court hearings but I see that they are just waiting to see what happens. At the end of the day, I don’t know what’s going to happen but if Harmony buys the park, I would rather leave because I won’t be able to do it.”

Martinez said the rules that Harmony wants to enforce are too strict.

“We are not allowed to have flowers in a flowerpot,” said Martinez. “No toys, or your kid’s bikes, or your dogs can be outside, they need to be inside the trailer. What types of rules are those?”

What’s Next for Trails End Residents?

Residents say they want to buy the park regardless of whether or not the sale goes through on Wednesday.

Park residents have formed a cooperative but will have to raise $1.7 million to buy the park.

Adams told GV Wire he was not opposed to the co-op owning the property down the line. However, he thinks Harmony Communities should buy the park in the interim while residents raise enough money to buy the property.

“The recommendation that I’ve made to the judge is that these things can take up to two years to put together and that I don’t want to see these people engage in physical danger at the site for two years because of that,” said Adams.

Whether or not Harmony Communities is announced as the owner of the park on Wednesday, Thompson said they will be on the lookout for predatory behavior.

“I think that the rent review committee that’s here now will start going into action pretty quickly in preparation for the expectation that Harmony will try to raise the rent immediately, which is usually what they do when they buy a property,” said Thompson.

Fresno County Woman Among Those Killed in Sacramento Mass Shooting

Where Do Dyer and Smittcamp Stand in Fresno Sheriff’s Race?