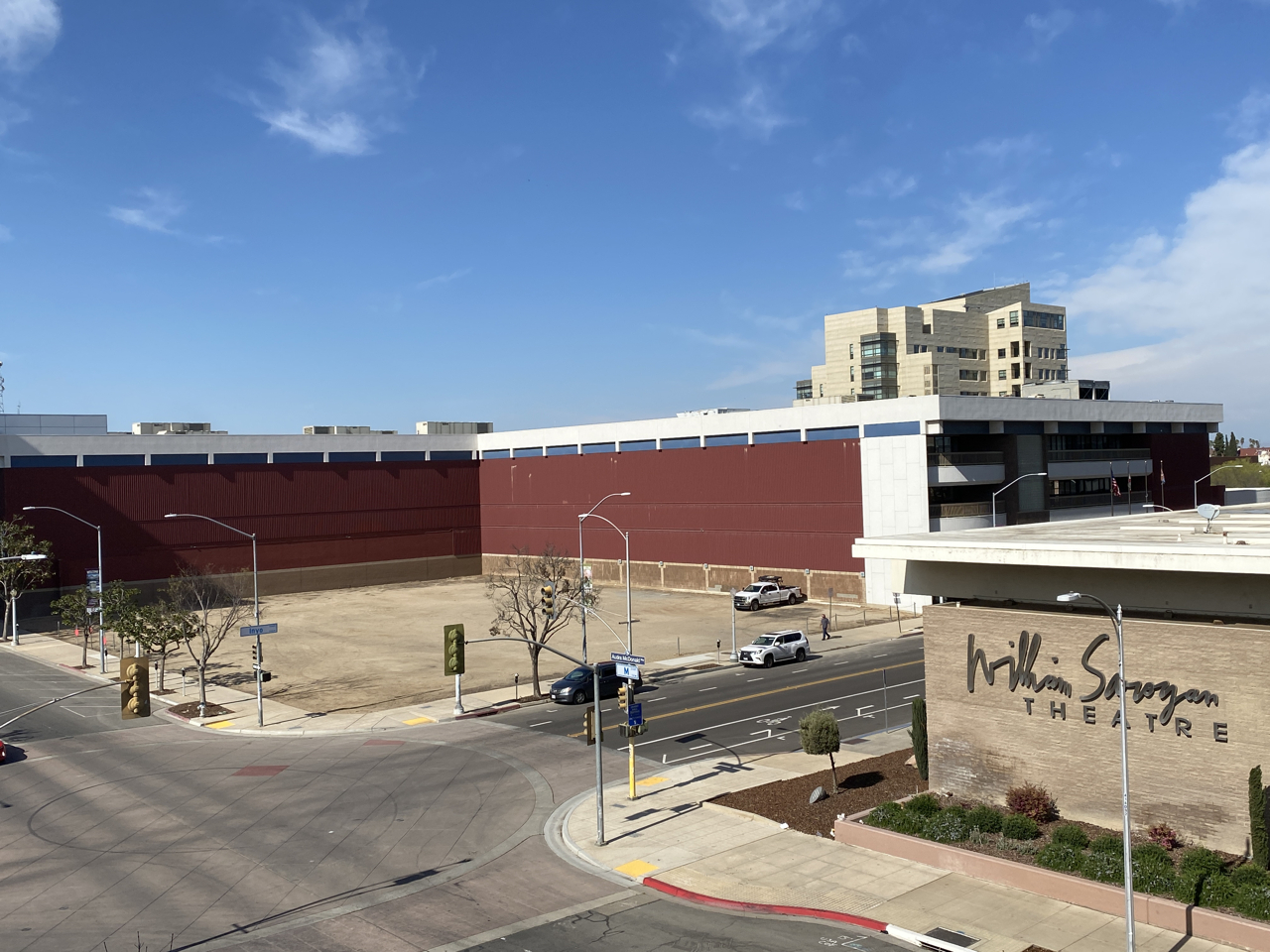 A new Courtyard by Marriott will be built in the empty lot across from the Saroyan Theatre. (GV Wire/David Taub)
Share with friends

“It’s something that is desperately needed downtown and it’s going to be a first-class facility,” Dyer said.

City Hall has floated the idea of a new downtown Fresno hotel for 25 years. The land at the corner of M and Inyo streets is just a dirt lot, adjacent to the new convention center and across the street from Saroyan Theatre.

Although a hotel developer stepped in years ago, the project is scheduled to take a major leap forward soon. The developer of the proposed Courtyard by Marriott says it will pull permits later this week.

“I think downtown has a need for a new hotel, as I think DoubleTree is the only nice option available right now. So we thought, why not?” Randy Singh, director of operations with Metro Hospitalities Inc., said. “We have a good reputation and relationship with Marriott. They gave us the Courtyard flag.”

The 144-room hotel (down from its initial proposal of 200) will take a little more than two years to build. The five-story building will have meeting rooms, an enclosed pool, and restaurants on the first floor. Construction is scheduled to start later this year with a February 2025 opening.

Dyer says the hotel has an existing agreement with a nearby parking garage for guests.

A rendering of the Courtyard by Marriott that is scheduled to open in downtown Fresno in early 2025. (Axis Hotel Management)

The developer purchased the land from the city in 2018. The initial documents indicated a 2020 opening. The Fresno City Council on Thursday is scheduled to amend a disposition and development agreement with new construction deadlines.

A Boost for Downtown

Dyer said the construction of the Courtyard by Marriott is a sign that downtown Fresno is alive.

“I’m not sure we’ve done a good job in the city in making sure that we’re recruiting the right shows. But I do believe now, based on the level of interest that’s been expressed and the number of shows that are being booked there that, we’re turning the corner in terms of increased entertainment downtown,” Dyer said.

There is not enough hotel space for existing conventions and events, Downtown Fresno Partnership president/CEO Jimmy Cerracchio said. A new hotel will help.

“With more nightlife and restaurants coming online downtown, people want more of that. I think it’s a perfect opportunity for the hotels that will be here as we’re drawing in visitors to the convention center. They have reasons to stay here and (the hotel) becomes an added attraction for doing more activities here. So, yeah, I think it’ll be really, really good,” Cerracchio said.

He also sees nearby restaurants benefitting, as well.

Zoo Tax Renewal Will Go to Fresno Voters in June