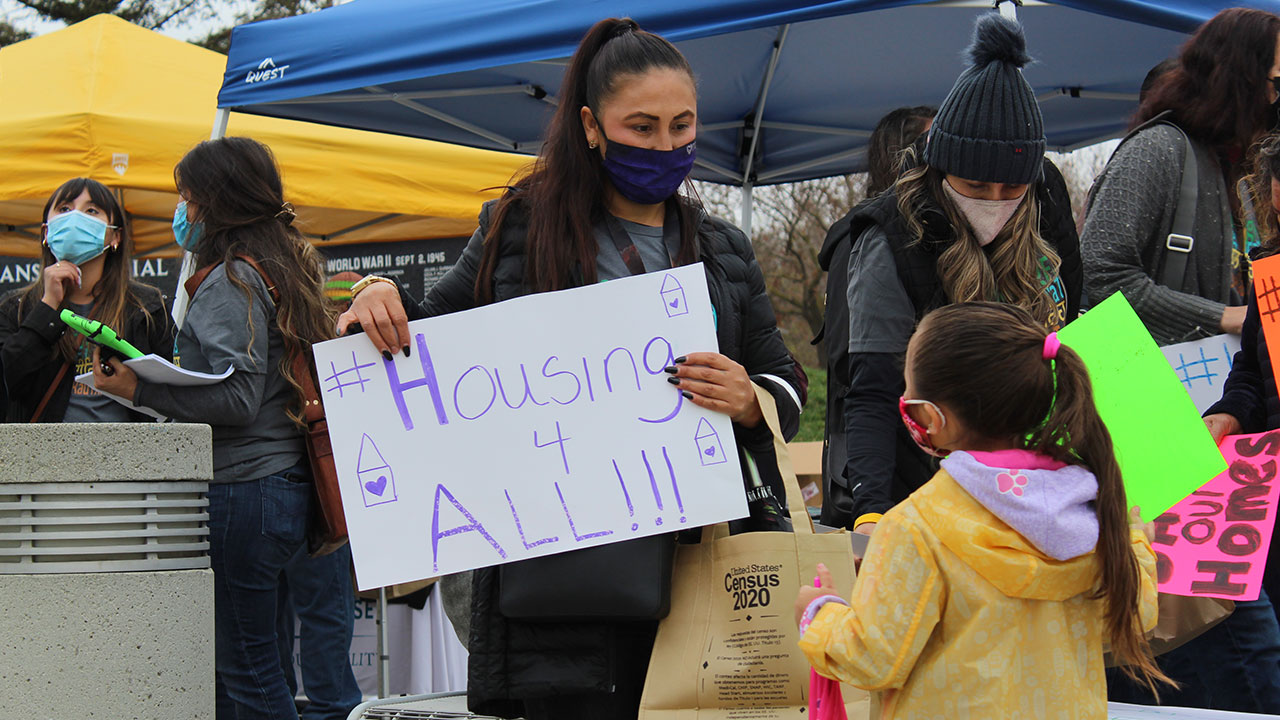 Residents have rallied at City Hall several times in the last year in order to make their voices heard on housing. (GV Wire/Liz Juarez)
Share with friends

Fresno community organizations and residents showed up with free food, t-shirts, and an urgency for change at Fresno City Hall on Friday to demand affordable housing for all.

“If our city leaders continue to ignore these communities and fall to the pressure of property owners and landlords, we will continue to see families become displaced,” said Marissa Moraza, a Fresno resident who works closely with non-profit organization, Power California.

Groups of residents have rallied at City Hall several times in the last year in order to make their voices heard.

On Friday, Pilar Bonilla Washington was among them.

She is part of Fresno non-profit Mujeres Poderosas Amorosas that works with immigrant women experiencing domestic violence and says the group often meets to advocate for immigrants and people of color.

Others like Dez Martinez, one of Fresno’s most prominent homeless advocates, says that even though she is often the voice for the homeless, she too has had her fair share of challenges with housing in Fresno.

A displacement report commissioned through a partnership with the Thrivance Group, an equitable land-use agency, recommended 46 policies for the city to implement.

Since then, that list has been narrowed to 15, and while Mayor Jerry Dyer has reviewed the recommended policies, none have yet been adopted.

Councilmembers were supposed to consider the recommendations and vote on them in February. But officials now say discussions may not take place until March or April when Dyer is expected to unveil his own housing plan.

Advocates say they will be showing up to every City Council meeting until there is a change in local housing policies.

Rents Go ‘Insane’ Across US With No End in Sight