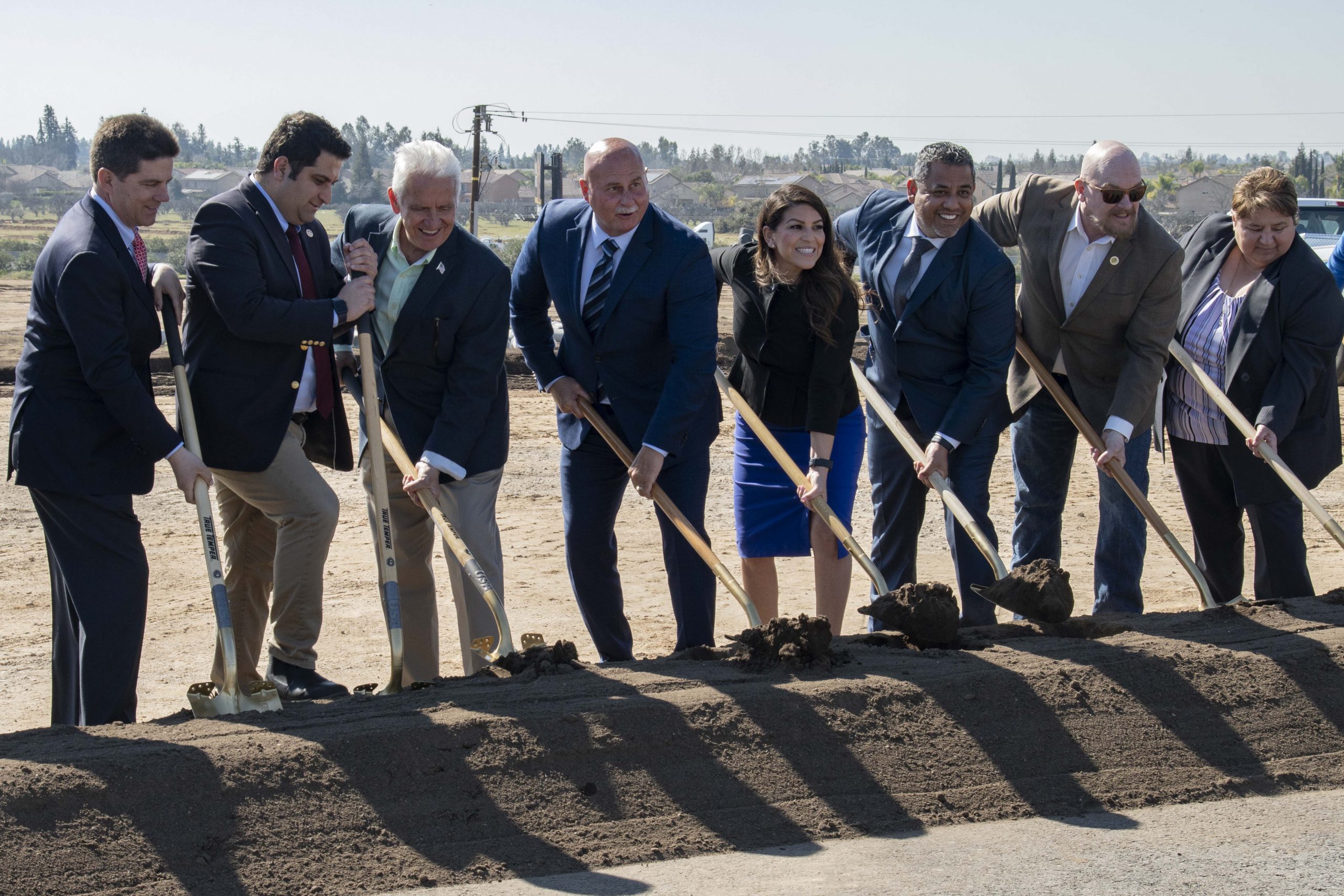 The boulevard, which has been nearly 40 years in the making, is intended to alleviate traffic bottlenecks linking Fresno west of Highway 99 to destinations east. 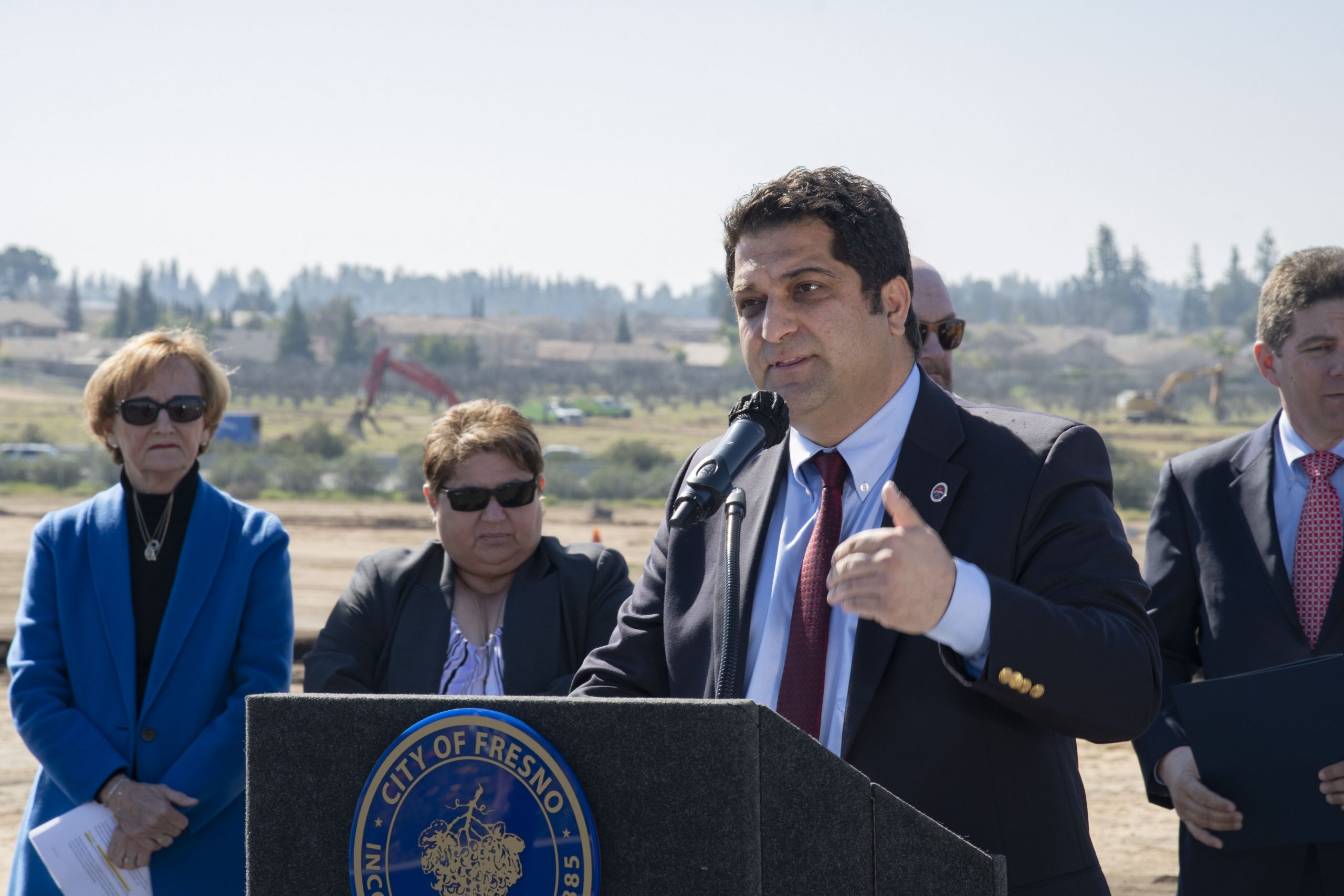 The area west of Highway 99 is sometimes called “Forgotten Fresno.” On Thursday, Feb. 18,2022, councilman Mike Karbassi said at the Veterans Boulevard groundbreaking that the area “is forgotten no more.” (GV Wire/Albert Baker)

Herndon to Shaw for Now

When completed, the $140 million project will connect Herndon Avenue on the east side of Highway 99 to Grantland Avenue west of 99 near Central Unified’s new Justin Garcia High School.

For now, however, Veterans will extend only to Shaw Avenue.

Funding for the project has come from a combination of federal and state funds, as well as fees from local developers. The High-Speed Rail Authority is also building sections of the project.

Completion of the key $48 million Highway 99 interchange and the roadway to Shaw is expected by the end of 2023.

Watch: The Latest on Veterans Boulevard