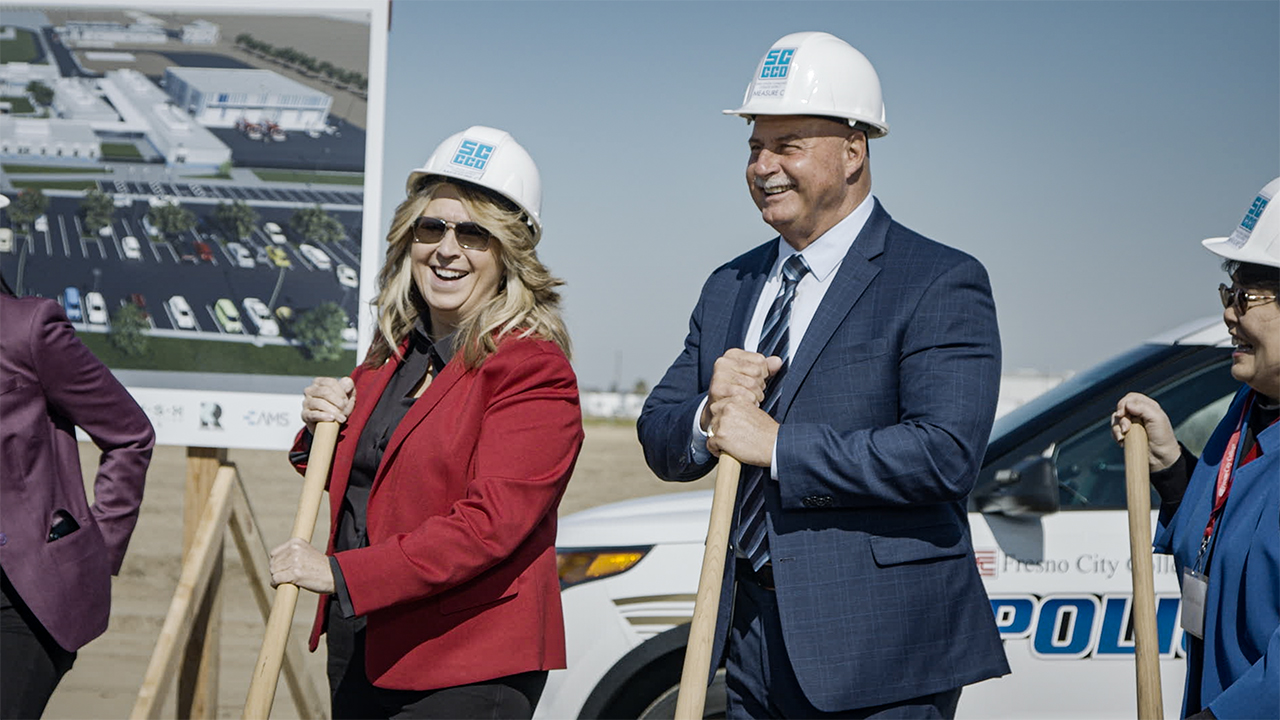 The dusty 40-acre field at the northwest corner of North and Willow avenues southeast of Fresno has already had some significant site preparation work, but a ceremony on Thursday marked the official groundbreaking for a $46.1. million campus where police, fire, and emergency workers will some day attend classes and training.

Officials noted that the First Responders Center has been decades in the making and expressed joy and gratitude that it is finally underway.

And Cadets Adelita Lopez and Brandon Crockett, members of Police Academy Class 166, both confessed to feeling slight twinges of jealousy that future cadet classes will have a campus with scenario training areas as well as classrooms and a running track.

“But I think that right now the instructors and the director and coordinators are doing the best that they can with what we have,” said Lopez, 27. “And I really appreciate all the training that we are receiving currently.”

Construction of the new campus was hailed as an important step by Mayor Jerry Dyer, the city’s former police chief, one of many speakers at Thursday’s ceremony.

The police and fire academies produce most of the city’s cadets, and with the police department preparing to expand its workforce by 250 officers over the next couple of years, “we need this academy more than ever,” he said. 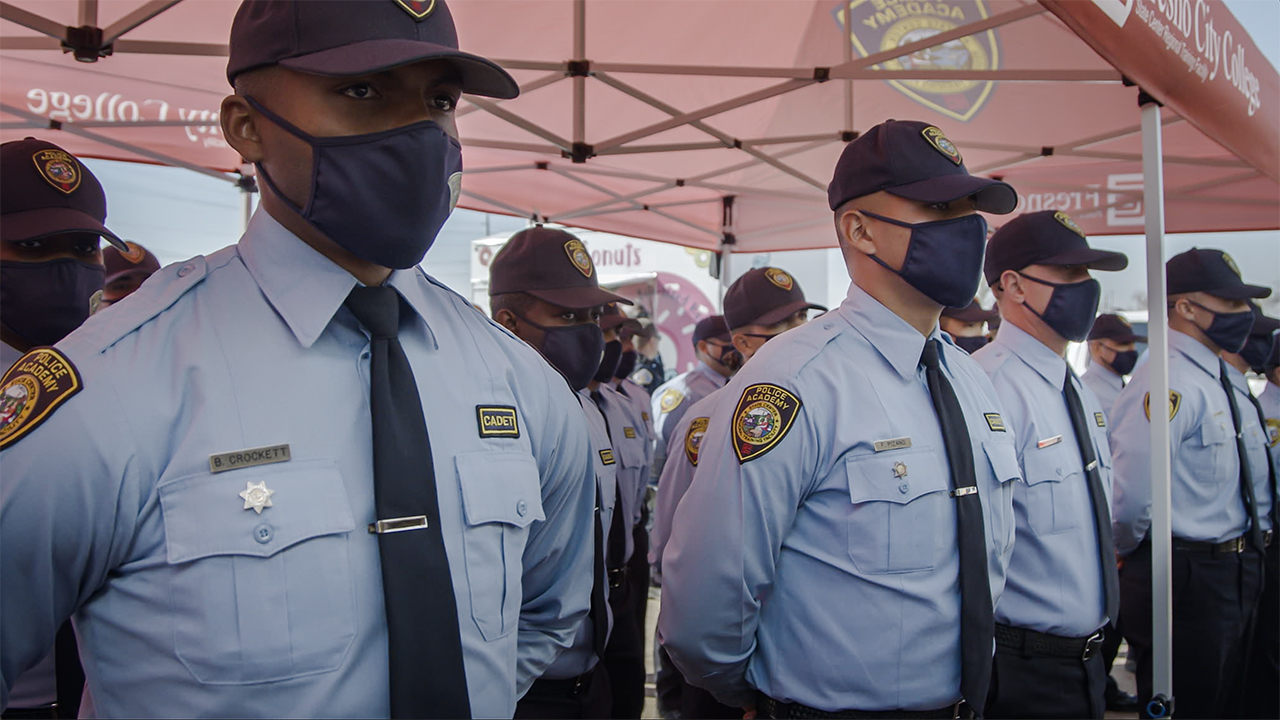 The police academy has been located for decades in cramped quarters on the Fresno City College campus in central Fresno.

The expanded space will enable the college to provide four police academies each year instead of three that are currently offered, Dyer said.

Graduates don’t just go to work for Fresno Police and Fire. The Fresno County Sheriff’s Office competes for its share of cadets, as do Valley police and fire departments.

Sheriff Margaret Mims, Police Academy Class 14, credits the community college program with advancing her career. In February 1980, she was a single mom working in the Kerman Police Department while studying at the academy. Eventually, with college credits, she got a job with the Sheriff’s Office.

State Center Community College District Chancellor Carole Goldsmith, who formerly served as Fresno City’s president, said Thursday’s groundbreaking was the fruition of decades of effort by multiple chancellors and Valley officials, and would not have been possible without two voter-approved bond issues.

Measure E, approved by voters in 2016, provides $45 million in funding, and Measure C that voters approved in 2002 provides the remaining $1.1 million.

Goldsmith acknowledged that some feared the campus might never be built because it was taking so long. But she pointed out that the college district had to switch gears and find a new site after the original site could not be used.

When it’s completed, the new campus will house the Police Academy as well as the Fire Academy, which is now at the Career & Technology Center on Annadale Avenue, and EMT training.

It will include fire training structures, a scenario village for police training, simulation spaces, a running track, and a driving pad. The project is expected to be finished by late summer or early fall 2023.

“This is going to be an amazing project, and it’s been a long time coming, without a doubt,” Goldsmith said. “But you know, I think it might even be a better project than what was first imagined.” 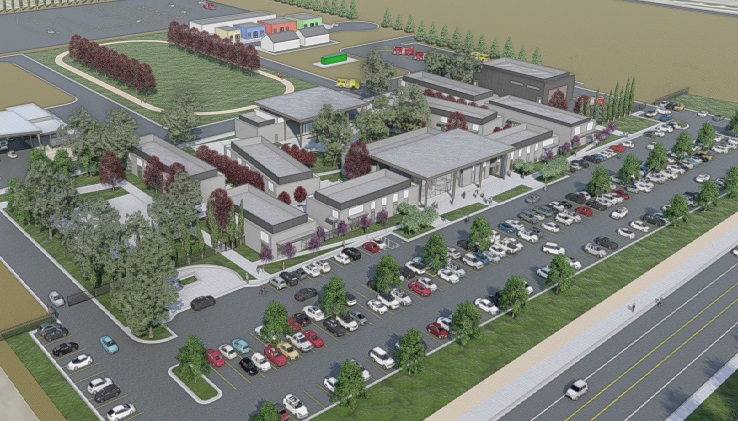