Do Council Hopefuls Back 'Bredefeld Rule' Keeping Conservative Out of Leadership? 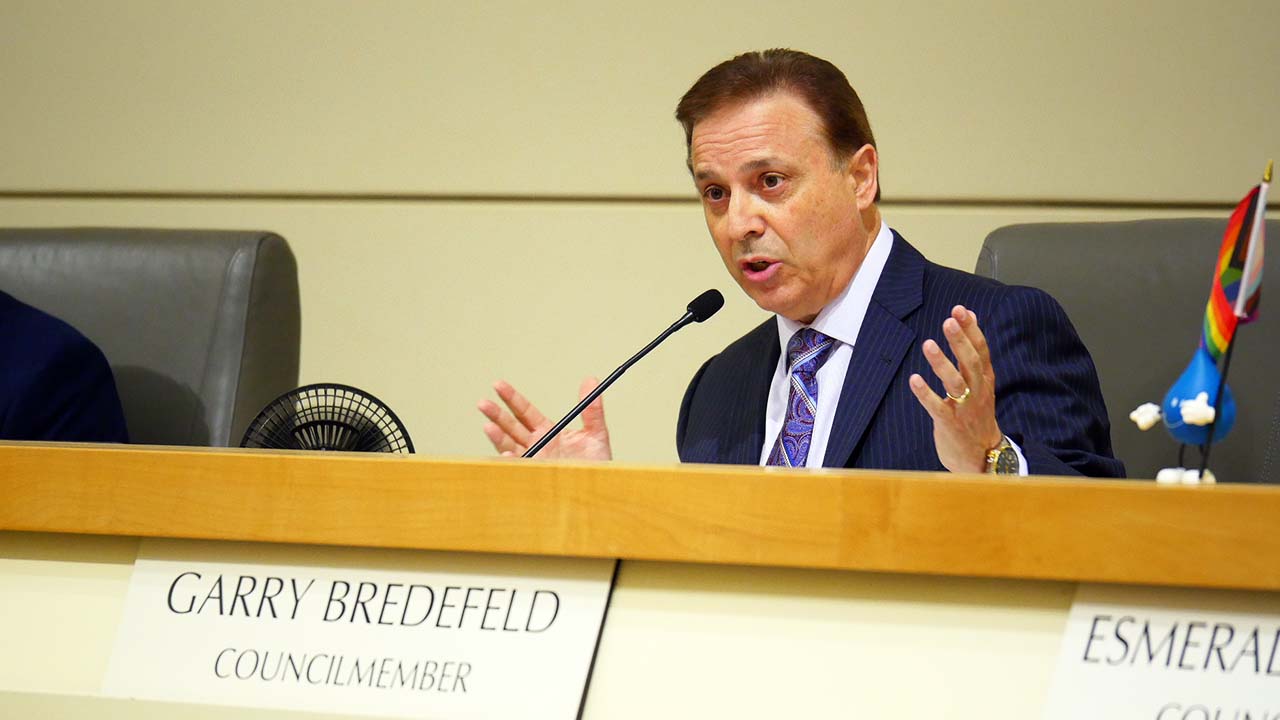 Garry Bredefeld could have been president of the Fresno City Council starting in January.

For years, the council had a pre-ordained method of selecting leadership — a rotation based on district number. But because of changes made in recent years, Bredefeld may never get to serve in the top role.

At the first meeting each year, the council selects its president and vice president. The main functions are to preside over city council meetings and help set the agenda. The vice president fills in when the president is absent and becomes president the following year.

The City Charter also designates that the city council president becomes acting mayor if the elected mayor is no longer in office — the term of office would last until a special election is held.

Two changes have upended the process, both seemingly directed at one particular member. While the rotation is still in the rules, the council can bypass that method with a majority vote.

It did so twice in the last two years.

What Do Council Hopefuls Think?

Voters in west Fresno (District 1) will select a new representative in June, as Esmeralda Soria is termed out.

GV Wire asked the candidates vying to replace Soria for their thoughts on choosing the council’s leadership.

“Twenty-five years ago, the Fresno City Council decided on the way a council president was chosen, which was to be by rotation. The purpose behind this was to take the politics out of the process. It’s disappointing that this Council has chosen otherwise,” candidate Cary Catalano said.

Not all said the changes were a bad thing.

“I think it’s needed. It may or may not be fair but it’s needed. Both board of directors I’m on rotates and each member decides what they want to do. I’m really getting tired of the word ‘fair.’  This life isn’t fair and nothing is perfect,” said candidate Jeremy Preis.

Mike Briggs served on the City Council in the 1990s and is considering running again in District 1. He supports moving away from the rotation system.

“I was on the council when we switched to the system of council president. I was not for rotating the presidency then, and I am not for it now. The council president represents the entire city as its legislative leader. I think the council should be able to pick who they think the best person is for that position,” Briggs said.

GV Wire left text and voicemails for candidate Annalisa Perea but did not receive a response by the time of publication.

For the 2017 leadership rotation, District 5 would have been next in line. But Sal Quintero resigned when he won a seat on the Fresno County Board of Supervisors. Luis Chavez won a special election to replace Quintero.

Chavez did not qualify to serve as council president because of his limited time in office to that point. Next in line would have been Bredefeld of District 6.

Bredefeld joined the council as its most conservative member, a status he still maintains to this day. He has been outspoken in his opposition to numerous policies his colleagues support.

Because of the policy that required “a Councilmember must have served on the Council for at least one year immediately preceding the selection to be eligible to serve as Council President,” Bredefeld was knocked out of contention and the rotation skipped to the District 7 representative, Clint Olivier.

In 2021, District 6 would again be next in line for a leadership role, to serve as council vice president. But in 2o20, the City Council changed the rules again to give itself the option to stray from the rotation by majority vote. It did the same for leadership votes in the two subsequent years.

“They were specifically aimed at me … The rule was that you had to have one year experience,” Bredefeld says. “I had four years experience and which would have meant I would have been the council president my first year coming back and members of the council obviously didn’t want that to happen so they changed that,” Bredefeld said. “(The latest) clearly was, as well, because I was supposed to be in the rotation and become the council president.”

In the 2021 leadership vote, the council selected Nelson Esparza (District 7) over Bredefeld for vice president in a 4-2 vote (Bredefeld and District 2 Councilman Mike Karbassi voted no).

This year, Esparza ascended to the president role. Although District 1’s Soria was next in line, she made the motion to have Tyler Maxwell of District 4 take her place by 6-1 vote (Bredefeld voted against).

Bredefeld said he is fine with the council choosing its leaders by rotation or vote.

“I don’t have a problem either way,” Bredefeld said.

[1] District 5 skipped in rotation because new Councilman Luis Chavez had not served one year. District 6 skipped because new rule required one year experience in the prior year, eliminating Garry Bredefeld.

[2] District 2 Councilman Steve Brandau resigned in 2019 after winning special election to Fresno County Board of Supervisors. District 3 Councilman Miguel Arias had not served one year and was not eligible for presidency.

[3] Rotation skipped District 4 because new Councilman Tyler Maxwell had not served one year. Council voted to skip District 6 in the rotation for vice president by 4-2 vote.

[4] The council voted to skip District 1 Councilwoman Esmeralda Soria (who made the motion) in favor of District 4’s Tyler Maxwell.

What Are Next Steps in Fresno’s Effort to Reduce Homelessness?