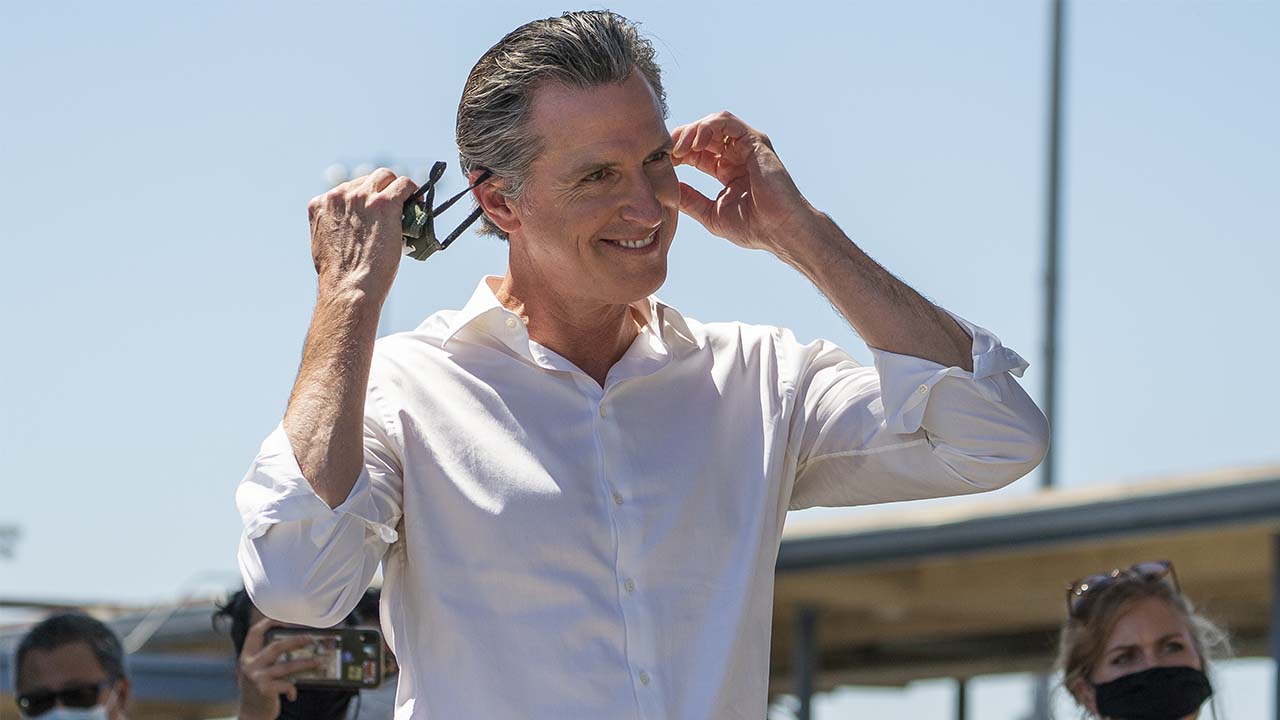 PARAMOUNT — Gov. Gavin Newsom on Wednesday rejected claims by the sheriff of California’s most populous county that record spending on homelessness initiatives isn’t putting a dent in the problem of people living in the streets and the state isn’t held accountable for where the billions of dollars go.

Los Angeles County Sheriff Alex Villanueva criticized Newsom’s announcement this week that he would add $2 billion under his latest budget proposal to an existing $12 billion plan to reduce the number of homeless Californians.

“It’s going to the same homeless industrial complex, and there’s no accountability,” Villanueva said. “There’s no results that we’re seeing, there’s no vision. What is that success?”

Newsom shot back during a stop in the Los Angeles County city of Paramount. The governor pointed to legislation he signed last July that specifically requires cities and counties to follow strict accountability measures in order to receive state money to combat homelessness. Each local jurisdiction must submit an “action plan” by mid-2022 that includes data-driven goals. If the goals are met, the jurisdictions can qualify for additional resources.

“So there is a new framework around accountability, new planning metrics that include county sheriffs,” Newsom said Wednesday. “And I look forward to the sheriff’s detailed strategy on how best to use the resources that he’s been provided as well.”

Before visiting LA County, Newsom helped clean up a homeless encampment along a San Diego freeway to highlight the budget proposal that he said would build on previous efforts to end homelessness. In 2021, the state invested $50 million in encampment removal and this year he has proposed increasing that figure tenfold to $500 million.

Newsom said that in the past year the state put 50,000 people who were homeless into hotel rooms that were turned into temporary shelters. On top of that, some 8,000 people were moved into hotels converted into permanent housing facilities that offer services such as mental health care and job placement.

Newsom Calls for More Housing to Move People off Streets

The governor’s proposal calls for an additional 55,000 more units, including tiny homes, to be made available to move people off the streets.

Villanueva, who’s running for reelection, has fashioned himself as a brash outsider. Last summer he veered outside his traditional jurisdiction and showed up at LA’s Venice Beach wearing a cowboy hat and promising a cleanup of homeless encampments. Villanueva has dubbed city and county leaders “architects” of the homeless problem and rejects taking a more measured approach.

The sheriff, whose department is under investigation by the state for excessive force and other alleged misconduct, faced sharp criticism from the local political establishment for wading into city turf.

A homelessness problem once largely limited to the Skid Row section of downtown has spread to virtually all parts of Los Angeles. The nation’s second-largest city also has the second-largest unhoused population in the country — 41,000 among the overall city population of 4 million people, according to the most recent survey conducted before the pandemic.

Villanueva claimed success in reducing homelessness in Venice Beach and on Wednesday he set his sights on another tourist destination: Hollywood. He said it should be the goal of all city officials to “regulate public space” and make it attractive for out-of-towners to come spend money.

“Because tourism is $18 billion dollar a year industry in Los Angeles County,” Villanueva said. “We have to support and defend our tourism industry.”

An estimated 161,000 people are experiencing homelessness in California, more than in any other state. Advocates say they can’t house people quickly enough with a shortage of housing units and high rents.

Newsom declined to say whether the homeless situation has become better or worse since he took office three years ago, though he noted the pandemic has only increased the challenges.