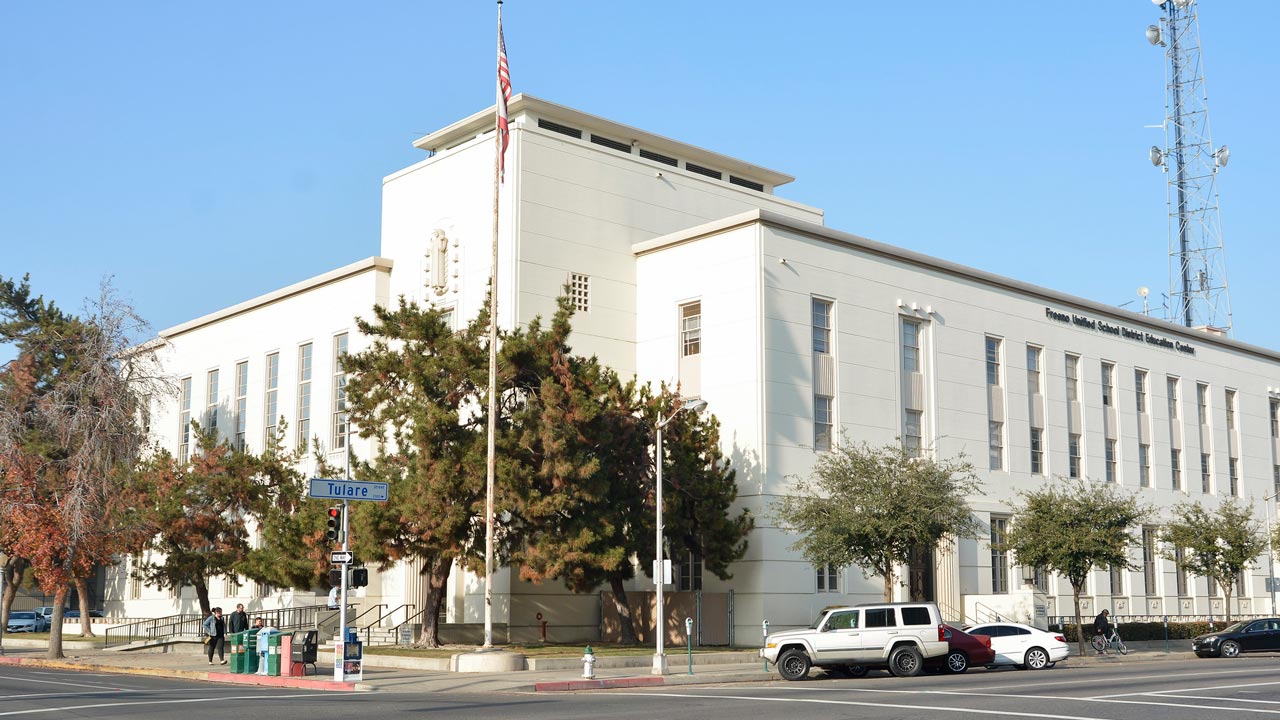 The Fresno Unified School Board on Wednesday evening approved a redistricting map drawn by a citizens’ nonprofit that will increase the number of trustee areas with predominantly Latino populations from two to three while also adhering more closely to school attendance boundaries.

Increasing the number of Latino-majority trustee areas is appropriate given that Latinos represent the district’s largest subgroup, said Pedro Navarro Cruz, a community organizer with the CNC Education Fund. Communities for a New California is a political-action and human rights organization that helps build empowerment among communities that traditionally have lacked it.

The map had Islas’ support. “I do think it creates distinct districts that create cleaner boundaries and align a little bit more with the feeder (schools) and voting area,” she said at the board meeting after making the motion to approve it.

Those clear boundaries are one of the map’s hallmarks, using major highways like Highway 41 to divide districts instead of following city streets, Navarro Cruz said.

The new trustee area boundaries go into effect for the 2022 elections, when four board seats will be on the ballot. Redistricting occurs every 10 years following the U.S. Census.

The April 12 special election to fill the seat of the late Carol Mills in the Fresno High area will use the old boundaries.

The map, approved by a 6-0 vote, was heavily favored among the residents who spoke in support at the board meeting and also by the trustees.

Board members had the choice of six maps, three prepared by their demographic consultant National Demographics Corporation and three by the CNC Education Fund, including Angeles de la Vivienda (Housing Angels).

District spokeswoman Nikki Henry could not immediately say Thursday how much Fresno Unified paid National Demographics, which also assembled the demographical information that was made available to the public, or whether the School Board had previously chosen a citizen-driven redistricting map. 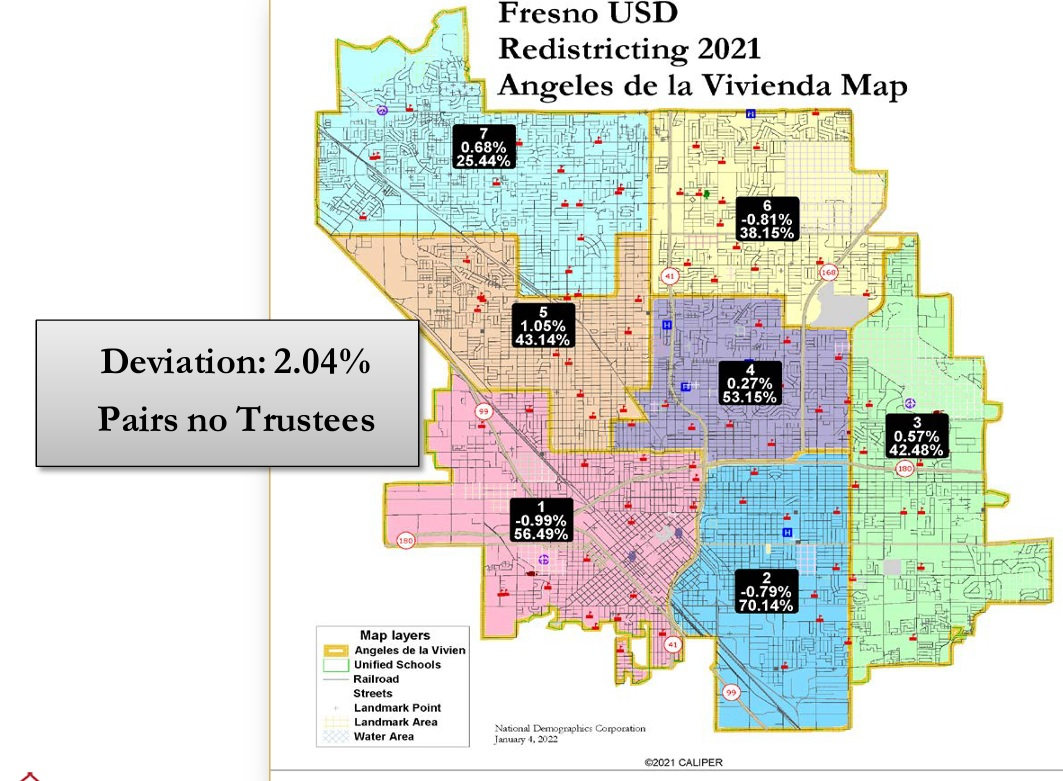 Navarro Cruz said the Angeles de la Vivienda map was sparked by the CNC Education Fund committee of the same name, primarily Spanish-speaking mothers who are concerned about housing issues. They had also concerns about Fresno Unified “but didn’t feel like they were being heard,” and so they decided to try to help shape the trustee areas in the redistricting, he said.

But he said he was encouraged before Wednesday’s vote when he learned that the State Center Community College District board of trustees had selected a new trustee area map that was also citizen-driven.

The map, which also was designed to ensure Latino-majority districts, was approved Tuesday by a 4-3 vote. Trustees Magdalena Gomez, Annalisa Perea, Nasreen Johnson, and Danielle Parra voted in favor, and trustees Richard Caglia, Deborah Ikeda, and Bobby Kahn voted against.

One of the biggest changes is in Area 1, now represented by Kahn, which will combine Madera County with eastern Fresno County. 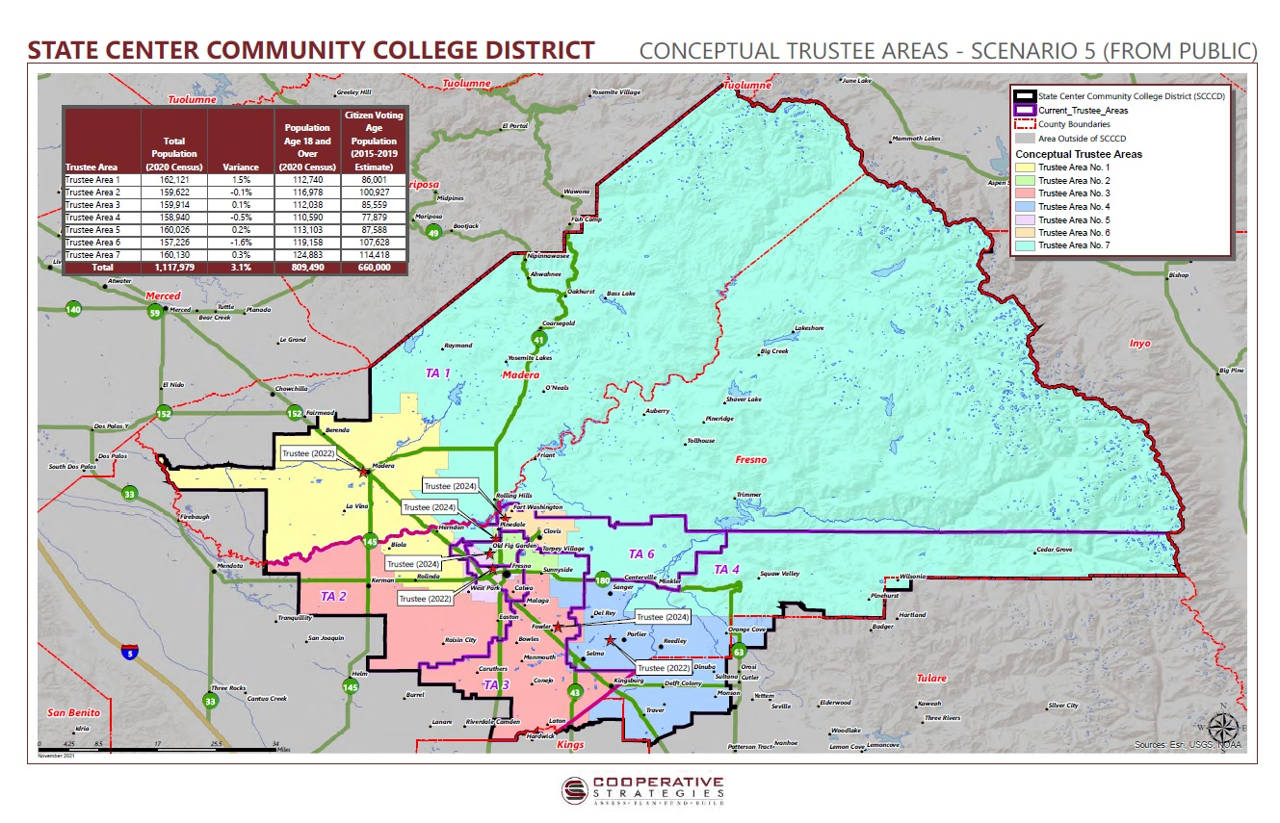 The State Center board of trustees voted 4-3 to approve this map. (State Center)

But the trustees’ vote is not the final say-so. Under the state Education Code, community college districts such as West Hills and State Center that are multi-county must have their trustee boundary lines reviewed and approved by the Fresno County Committee on School District Organization.