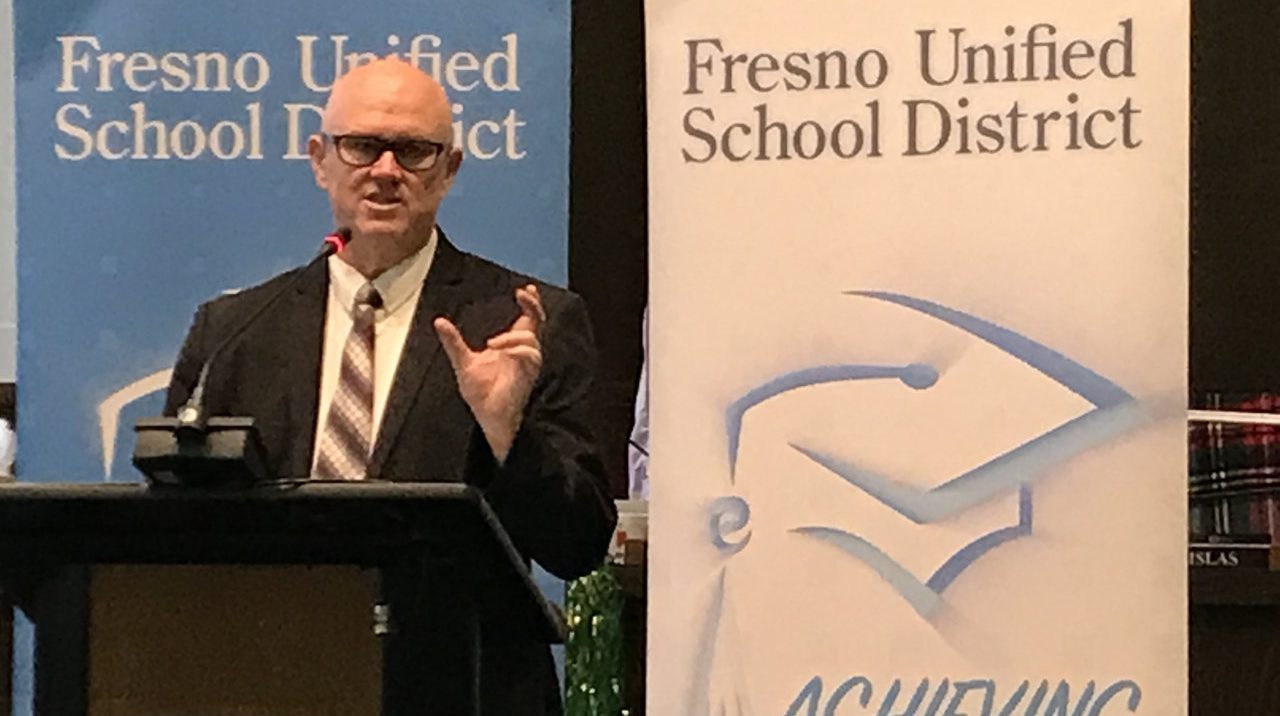 Fresno Unified Superintendent Bob Nelson hopes a resolution that the School Board will consider at tonight’s trustee meeting will boost efforts to get students with special needs closer to a mainstream education.

Resolution 21-15 “Endorsing Inclusive Education Practices for Every Student” spells out that students are to be welcomed in their neighborhood school “to the greatest extent possible,” served in the least restrictive environment, provided challenging objectives for growth and development, and participate with same-age peers.

In addition, students with special needs will no longer be identified as special education students, but as students receiving support services from Special Education.

But as he spoke, Nelson stumbled several times over the new way of identifying those students and acknowledged his own need to adhere to the inclusion resolution’s goals.

Why this resolution, and why now?

“The key thing is just to reinforce the message that our kids with exceptionality have the opportunity to be engaged in inclusive settings,” he told reporters Wednesday afternoon at a news conference.

Fresno Unified has long been under fire about the quality of special education services it provides.

A district-commissioned report by the Council of the Great City Schools in 2018 documented the lack of sufficient staffing, the “pigeon-holing” of students, and how far Fresno Unified’s special education students were lagging behind their peers across the state and nationwide.

Related Story: Fresno Unified Must Make Special Ed a Priority. Not an Afterthought.

In addition to the parents who had brought concerns to the district for years, staffers also spoke out about insufficient funding and training and the failure of district officials to listen and learn from those on the front lines.

Jodie Howard, mother of a special needs student and director of the BREN special needs legal clinic at the San Joaquin College of Law, noted to GV Wire that much of what’s in the resolution is already required in the federal Individuals with Disabilities Education Act.

“If they’re not already following it, how will this be any different?” she asked.

Howard said that if the resolution is a way to help focus attention on inclusiveness for all students, regardless of their needs, it’s a step in the right direction. She said she noted with interest the clause that says the district is committed to providing support needed to assist all staff in upholding “high expectations” for students’ achievement.

When teachers and other school staffers lack the tools and training, “it’s hard to promote inclusion,” she said.

And inclusion doesn’t just benefit special needs students. Having full integration will expose students to classmates of different abilities, better preparing them to co-exist and interact when they are all adults within their communities, Howard said.

The resolution is an acknowledgement “that the district has recognized they’re lacking, that’s there’s room to grow and they’re striving to do that,” she said.

Even though the federal law requiring inclusive education has been on the books for nearly half a century, Nelson said, some teachers and school staffers still have the mindset that students should be educated separately because of their abilities. The resolution is part of the district’s ongoing effort to change that mindset.

Michelle Smith, mother of students with special needs and chair of the district’s Citizens Advisory Committee for Special Education, said the resolution should be a signal to both parents and school staffers that the goal is to give all students the best and most inclusive education possible.

“This is a chance again for school sites, when somebody comes to them with an idea, that it’s going to be OK to say ‘Yes, we can try that out. We can include the student, we can get the support they need to make it work in all sorts of different realms,’ ” she said.

Storied 49ers-Cowboys Playoff Rivalry Resumes. What Are Your Memories?